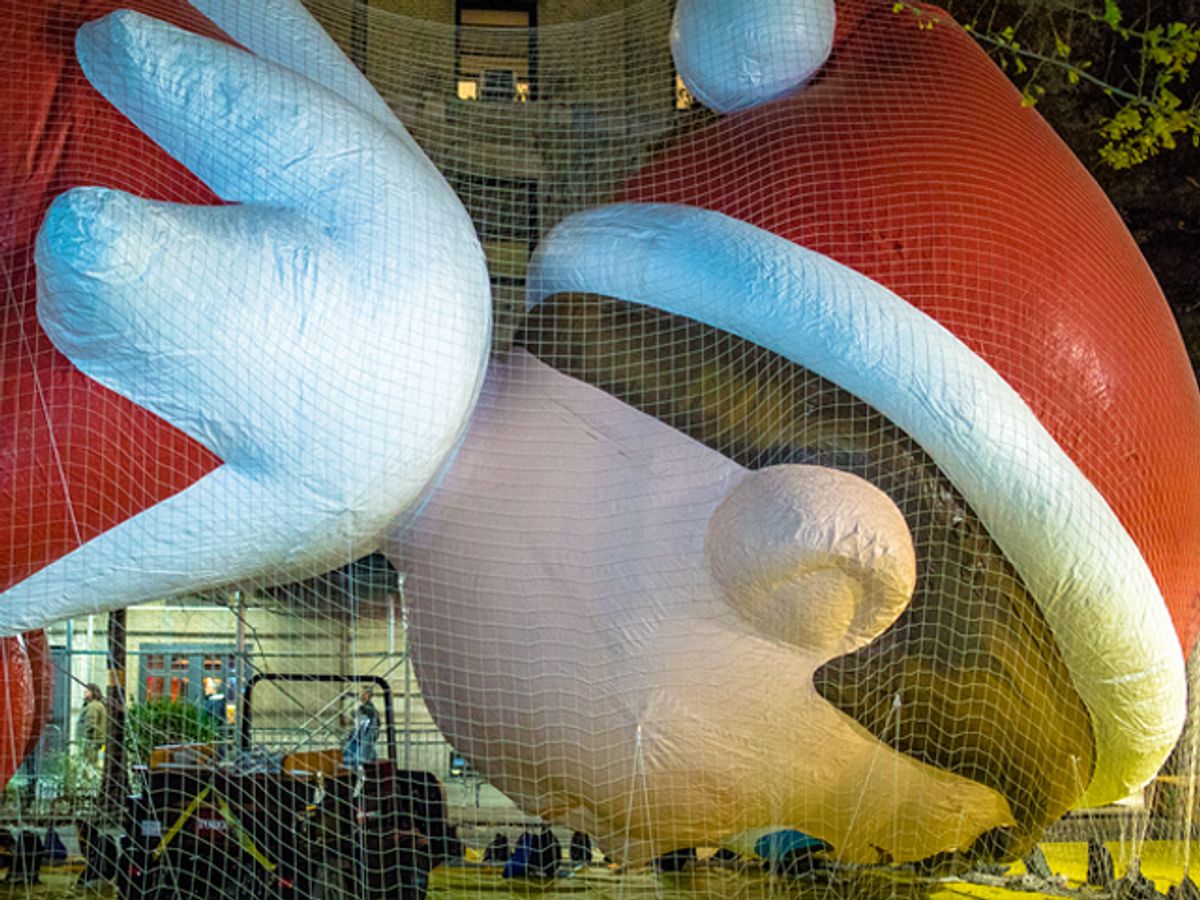 Macy's Thanksgiving Day Parade is celebrating 90 years! Giant character balloons are an integral component of the festivities which are ceremoniously inflated the night before on the Upper West Side of Manhattan. We captured a sneak peak of the process. The parade itself kicks off Thanksgiving Day at 9am and runs until noon. This annual event draws over 3.5 million in person and an additional 50 million via television.

And as one onlooker remarked, "It's part of the heart of New York, it's our tradition, how could you not love it?"