Instructions for how not to make Pat Kelly’s cornbread dressing 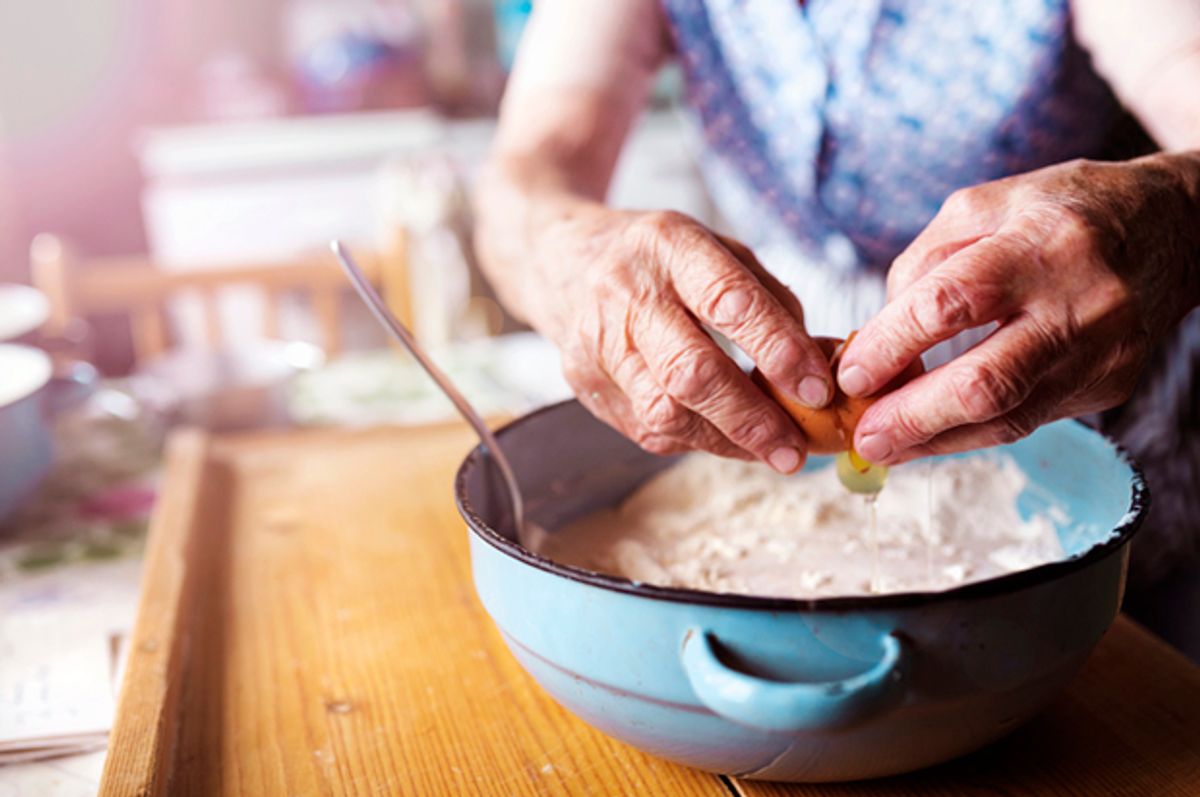 Southern cornbread dressing is a Thanksgiving staple -- in my house as well as homes across America. It’s simple, unassuming, and if made right, fills the body and soul with the love of family, remembered and not.

She called me once to say, “Michael, someone has replaced all of my furniture with replicas."

“What kind of replicas?” I ask her. Questions are good, I’m told. Challenges are frustrating and frightening.

“Exact. You can’t tell them apart,” she tells me.

“What if you keep them for now, because of how they’re exact? And if they come back for them, we’ll figure that out then.”

The past and the present aren’t necessary to my mom any more, only regrets, maybe, and memories that haunt her. I keep wondering if she will have regrets about me -- the way she treated me, growing up; “firmly,” she often told company, when they wanted to know why I was so well-behaved -- and if now, years after, she’ll apologize, if not directly to me, then at least about me. Will a young ghost boy named Michael keep her awake at night?

Gary visits now, or this memory of Gary that my mom can’t shake, and she traps him in the laundry room. “He won’t do any wrong in there,” she explains. “Wrong to who?” I ask. “To her,” she says, and points at herself.

According to my mom, I shouldn’t be explaining this recipe to anyone anyway, in the first place. “Who’s going to do the cooking around here?” she asked last August, when I moved my brother home to help look after her. “Joe Bevel knows how to cook,” I tell her. “He does? Who taught him?” We’re in her kitchen, and she has cleaned out the refrigerator in anticipation of new groceries, because she’s that kind of particular. “I did, I guess,” I say.

“I’m Michael, Mama,” I tell her. And she smiles like we’ve just met.

“Yes, she slept with too many men and that’s what happens.”

Before, before the diagnosis and before Gary and hide-the-purse and the replicated furniture, when I was in my 20s and coming out, she would call regularly to ask if I had AIDS yet. “Not yet, Mama,” I’d say. “Well, you might,” she’d answer.

There are eggs in this recipe but I’m pretty sure we never used eggs at home. There’s another ingredient to this cornbread that is just out of reach. I thought it was love. It might be the celery.

Sometimes, when you’re sobbing, uncontrollably, on I-5 S, between Exit 27 and Exit 17, because you’re leaving your mom behind in Oregon while you fly home to Maryland, sobbing with the full throb and thrum of your whole being, a Hummer will pull alongside you and see the amazing Laura Dern faces you’re pulling while you fever and quake with impotent rage, fear, despair, and so much self-focused hate, just such concentrated loathing, because how can you drive away like that? What gives you the right to leave that behind? Because you do think you are leaving that behind, that it’s leave-behindable, but it isn’t, not at all, because as messy as it feels it fits tidily into your heart, and that Hummer, seeing every bitter emotion smeared across your face, will speed breathtakingly away from you, past Ashland, across the border into California, too fast for any grief of yours to catch up to it, but you’ll just be passing mile marker 20; you’ll still be sobbing in your car.