It's a Black Friday blowout over at Donald Trump's online store

You can get a red, white, or blue "Make America Great Again" hat for just $17.50; camouflage is gonna cost extra 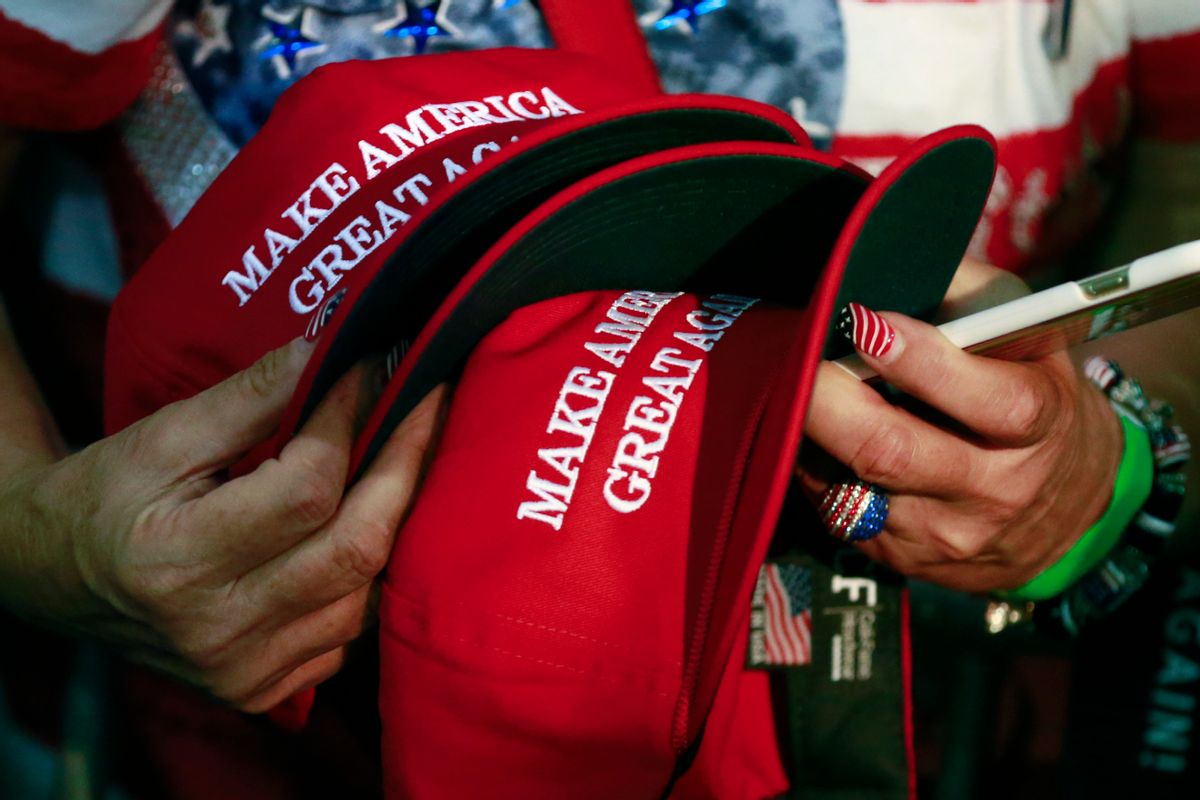 Today and today only, you can get 30 percent off everything in President-elect Donald Trump's online store with the coupon code "BLACKFRIDAY."

We're talkin' $17.50 for an iconic Make America Great Again trucker cap (or $21 if you want camo) and just over a hundo for the 24-karat gold-garnished Christmas ornament version.

Unfortunately, many of Trump's products are either exclusive to his golf clubs and casinos — Trump water, Trump vodka — or have been discontinued — TRUMP the Game, Trump steaks (the real ones, not the Bush Brothers knock-offs) — and so don't qualify for any Black Friday discount.

Hillary Clinton's campaign store, meanwhile, is a veritable desert. There you can nab the deal of your life on one of a surplus of $3 Clinton-Kaine yard signs.

After his low-energy primary bid fell way short, Jeb Bush's campaign site was shut down — which is sad only if you were waiting for Black Friday to pick up a Jeb!-brand "Guaca Bowle" for less than its original list price of $75. If anyone knows the code to his garage, though, I'm sure there are a ton in there he'd love to get rid of.