A stunning, four-minute rendition may have overshadowed the game 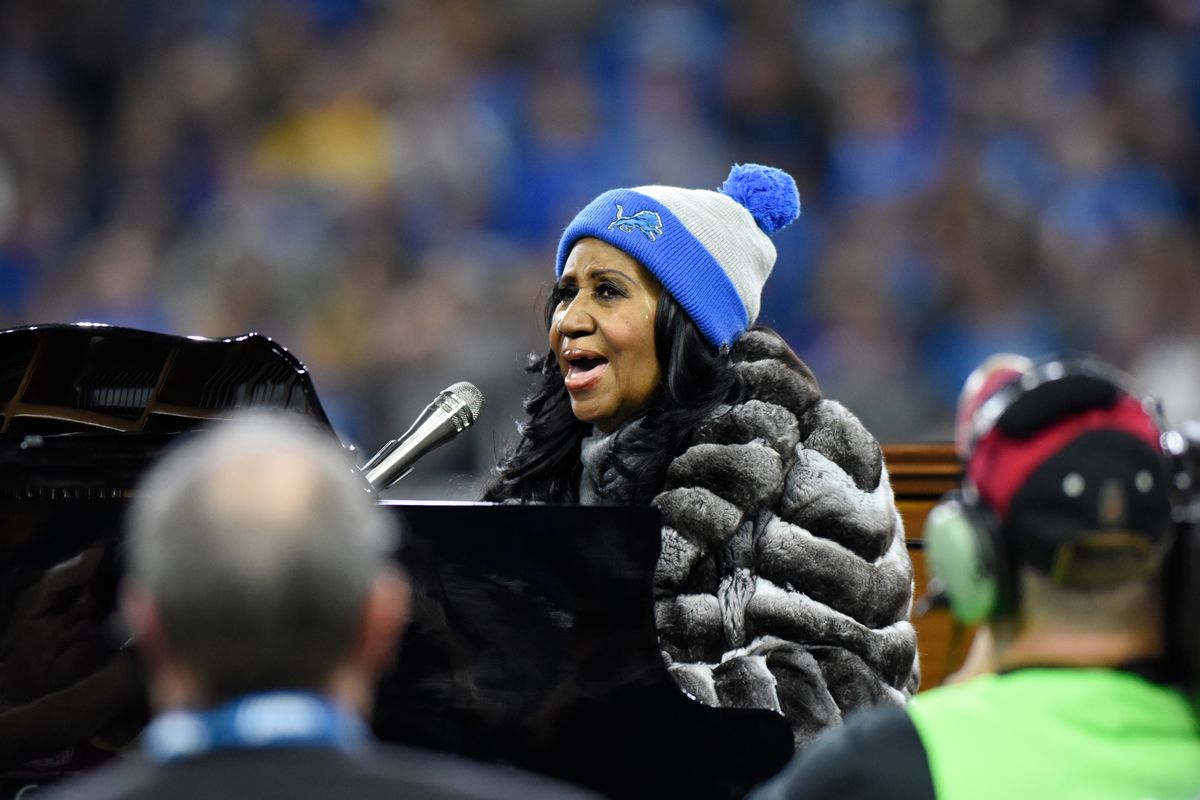 DETROIT — Aretha Franklin's lengthy version of the national anthem ahead of the Detroit Lions-Minnesota Vikings matchup may have been as much a topic at Thanksgiving dinner as the game itself.

Franklin's "Star Spangled Banner" clocked in at 4-minutes, 35 seconds on Thursday. That's compared to about 2-minutes, 20 seconds for Whitney Houston's iconic rendition of the song ahead of the Super Bowl in 1991.

Franklin quickly started trending on social media. One Twitter user joked that there was enough time to cook a turkey, eat and do the dishes during the performance. Others opined that the 74-year-old "Queen of Soul" had earned the right to sing the anthem for as long as she wanted.

The CBS production team got in on the fun during the game by including Franklin in a time of possession graphic.