Waste management: Food waste is a massive global problem, but the solution starts with your Thanksgiving leftovers

The U.S. wastes 1.6 billion tons of food a year and globally one-third of all food produced spoils or is thrown out 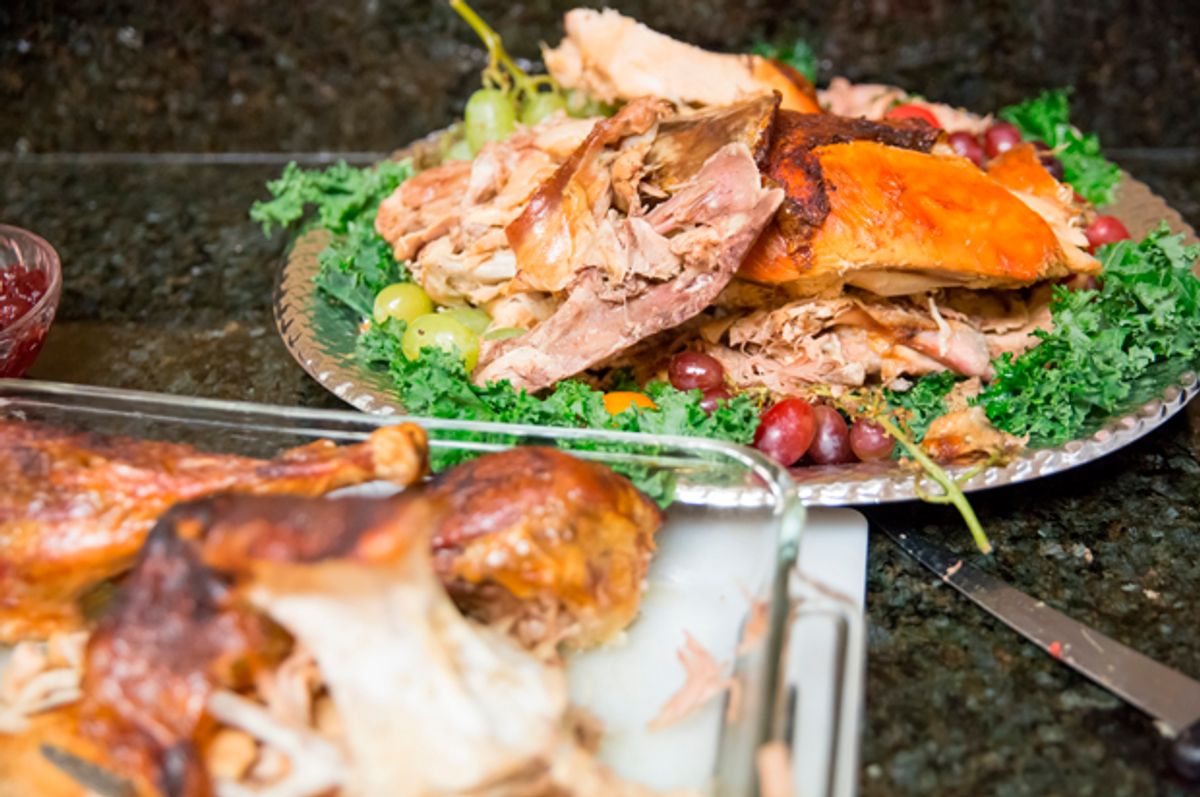 Thankfulness is something we express through excess.

This Thanksgiving Americans will eat more than 50 million turkeys, individually consume almost 4,500 calories, and spend more than $2.8 billion on Thanksgiving dinner food. That means packed tables, full stomachs and, regardless of how many rounds of leftovers are consumed, it also means a lot of waste.

Though inevitable in the face of expanding waistlines, populations and food production, the problem of global food waste is increasingly critical. Fortunately, the issue is starting to get some much-needed attention. Foods that were previously discarded as they approached their “best by” dates, as well as food that was intentionally destroyed to prevent “Dumpster diving” by homeless people, are now being redirected to those in need.

Earlier this year, France passed a law banning supermarkets from throwing away or destroying unsold food, forcing them to instead donate it to charities and food banks. Italy followed suit a few months later, passing legislation that removed obstacles and risks associated with donating food slightly past its sell-by date and creating tax incentives for businesses based on the amount of food donated.

While the topic has caught on in Europe, with many observers believing the EU will pass its own legislation soon, it has yet to fully grab America’s attention. There is hope that this may soon change, after Anthony Bourdain, the famed former chef, author and television star of “No Reservations” and “Parts Unknown,” announced a documentary, “Wasted! The Story of Food Waste,” that he will bring to the film festival circuit next year.

Zero Point Zero, Bourdain’s production company, will produce the film in partnership with the Rockefeller Foundation, which recently launched a $130 million initiative, YieldWise, with the stated goal of cutting food waste in half by 2030.

The film will address simple changes that people can make to reduce how much food they throw away. It will also include perspectives by famous chefs including Massimo Bottura, whose Osteria Francescana in Modena, Italy, won top restaurant honors in the world this year in World’s 50 Best; New York-based chef Dan Barber, an author and Blue Hill restaurant co-owner; and Danny Bowien, the chef and co-owner of Mission Chinese Food.

Most people toss their leftovers in the trash unaware of the sheer scale of the food-waste problem. A 2011 report by the Food and Agricultural Organization found that of the 6 billion tons of food produced in America in 2007, 1.6 billion were wasted. The number has since risen, with the Rockefeller Institute now declaring that one-third of globally produced food spoils or is thrown out.

It's a formidable problem made more complex by tremendous variation in how food is wasted from region to region, which presents difficulties in finding broad solutions. In developing countries, waste typically occurs during production stages. In middle- and high-income regions (like the EU and U.S.), waste results primarily at the retail and consumer level. That explains why French and Italian laws are aimed at grocery stores, restaurants and educating consumers, something Bourdain’s documentary hopes to achieve in America, where retail and consumer waste combined account for 83 percent of the country's food waste.

Finally, there are the implications of waste, most notably for consumers, the environment and the hungry. Research by the Rockefeller Institute found that in the United States, families discard about one-fourth of the food they buy at a cost of $1,365 to $2,275 a year.

The environment doesn’t fare any better. Nearly one-quarter of annual global greenhouse gas emissions result from agricultural activities, and the global carbon footprint of wasted food accounts for 7 percent of worldwide emissions.If the global food waste's tally were considered in total, its carbon footprint would rank third, behind that for the U.S. and China. Furthermore, food that is grown but ultimately wasted occupies 1.4 billion hectares of land, representing 30 percent of the world’s entire agricultural land area.

In the end, food waste not only applies pressure on consumers and an environment already under duress but also robs the more than 1.2 billion people around the world who are food insecure or undernourished. With the population expected to grow by about 2 billion people over the next 40 years, this problem can’t be tossed aside.