511 days: The slow collapse of discourse

Watch the unprecedented events of the 2016 Election, from Trump's entry into the race to a shocking election night 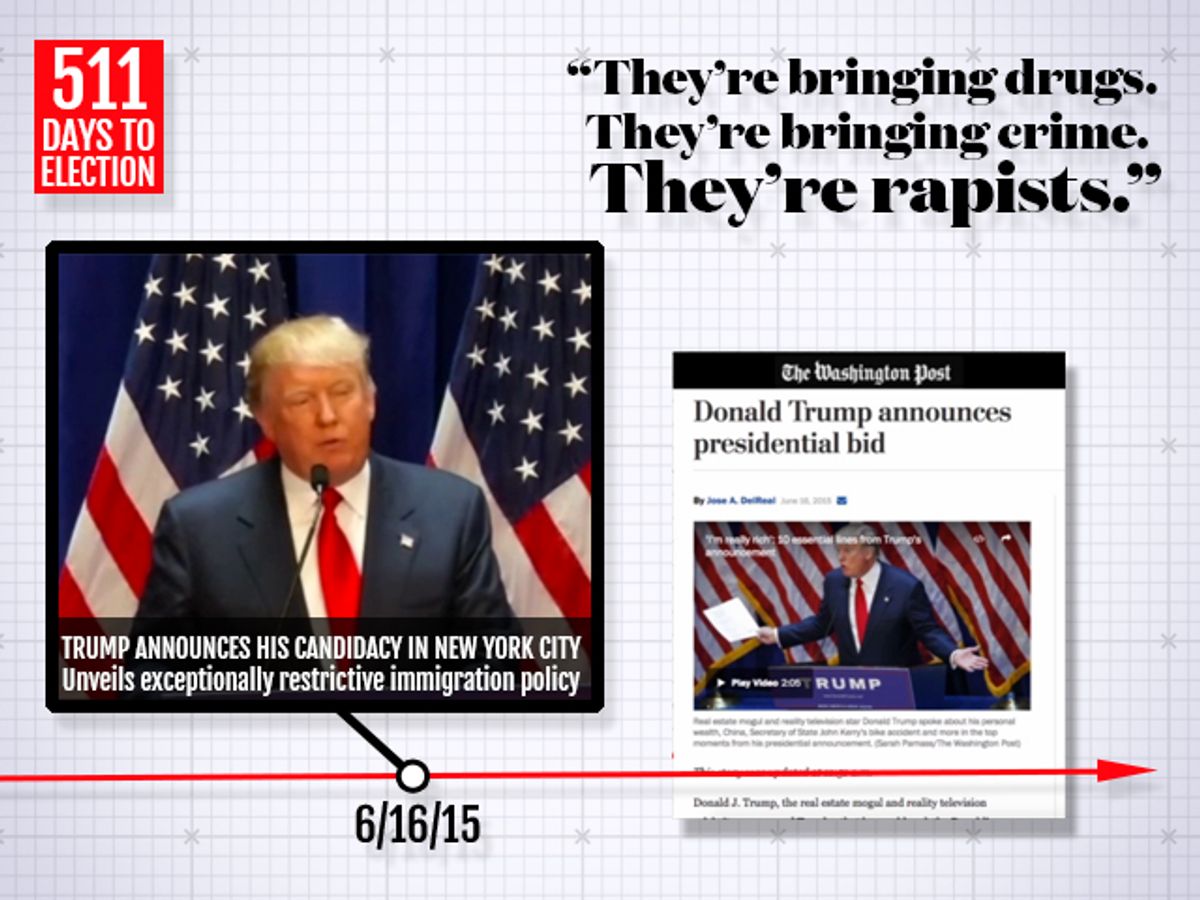 The 2016 presidential race was characterized by an astonishing level of strife, disagreement and discord. Republican candidates openly demeaned and insulted one another. Supporters of the different Democratic candidates openly sparred. And political pundits did their best to angrily shout each other down throughout the contest.

One thing nobody can dispute, though, is that in the 511 days between Donald Trump's entry into the race and election day, the nation witnessed a brand new type of candidate. And day by day, insult by insult, threat by threat, the standards to which we hold our presidential candidates were gradually and indelibly redrawn.

August 7, 2015
Trump rails against Fox News' Megyn Kelly over her questions about his history of sexism.

December 7, 2015
Donald Trump calls for complete ban on Muslims entering the US.

January 23, 2016
Trump boasts about being able to shoot someone without losing voters.

March 3, 2016
At a GOP Presidential debate in Detroit, Donald Trump brags about the size of his penis.

August 9, 2016
Trump voices threatening claim against Hillary Clinton, implying that gun owners could act against her.

October 7, 2016
An "Access Hollywood" recording is released, containing footage of Trump bragging to Billy Bush about past sexual assault.

October 9, 2016
Trump threatens Hillary Clinton with legal action if he wins, promising to hire a special prosecutor and send her to prison.

October 19, 2016
Trump voices his distrust in the US election process, refuses to say whether he'll accept the results.

November 8, 2016
Trump is elected the 45th U.S. president. Pundits and pollsters are shocked at the historic upset.