Don't believe Donald Trump: He spun climate denial to The New York Times, and a lot of people fell for it

If you look at what he said in context, you'll see Donald Trump hasn’t changed his mind on anything 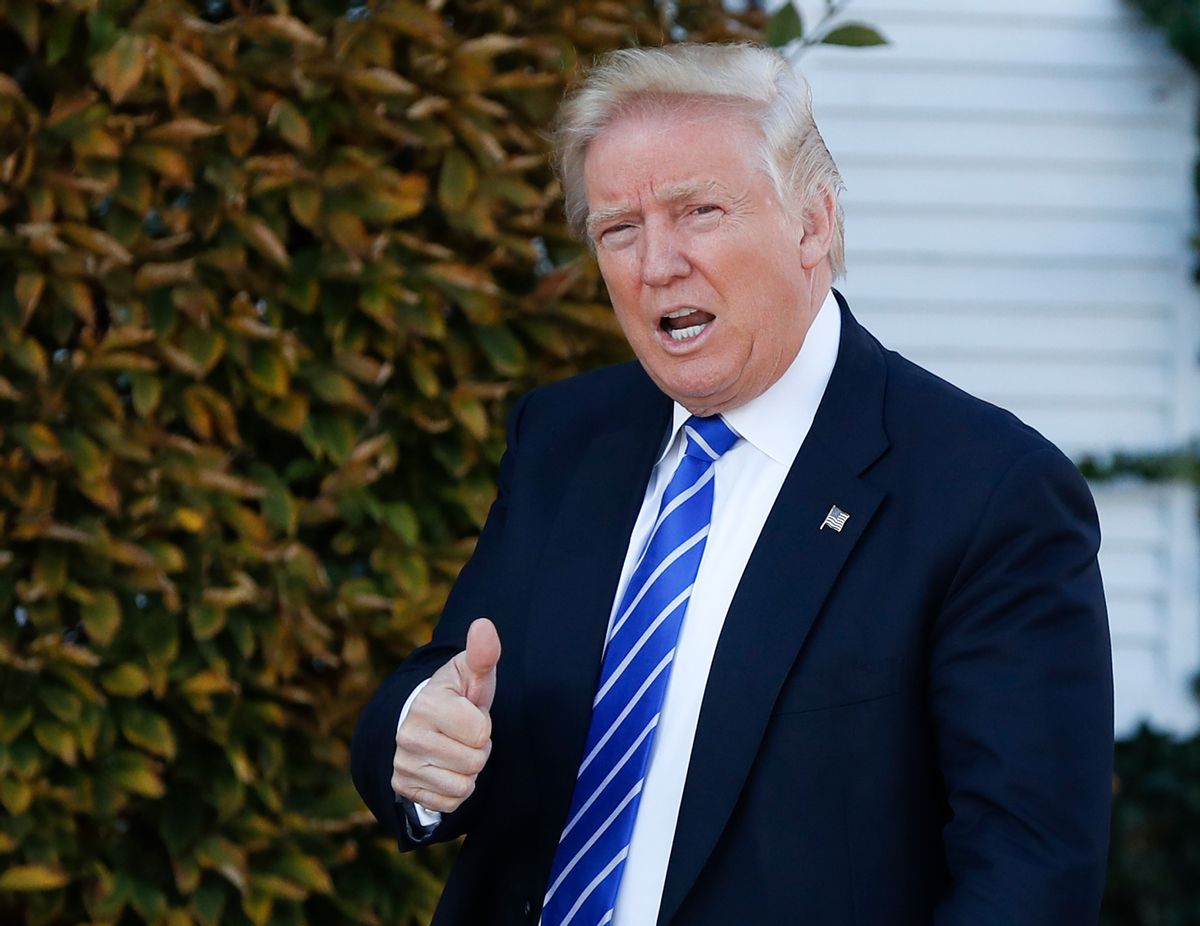 This article first appeared in Grist.org

When I first saw New York Times reporters tweet the news that Donald Trump claimed in an interview to have an “open mind” about climate change and the Paris climate agreement, I thought, Who cares? He is packing his administration with fossil fuel promoters, so his latest comments just suggest that he’s camouflaging his climate denial with doublespeak and pandering.

Then I read the full transcript published Wednesday and was horrified by how these comments had been wildly misinterpreted by so many media outlets and commentators. A CNN subhead: “A new view on climate change?” An Associated Press lead sentence: “President-elect Donald Trump changed his tune on several topics — among them climate change and prosecuting Hillary Clinton — in statements Tuesday to The New York Times and on Twitter.”

They’re wrong. If you look at what he actually said in context, it’s clear that Trump hasn’t changed his mind on anything. Consider these six comments from his Times interview:

1. After Trump said “I have an open mind” on climate change, he went on to clarify that he’s open to the “other side,” which consists of people who don’t accept the scientific consensus on the issue.

THOMAS FRIEDMAN, columnist: [A]re you going to take America out of the world’s lead of confronting climate change?

TRUMP: I’m looking at it very closely, Tom. I’ll tell you what. I have an open mind to it. We’re going to look very carefully. It’s one issue that’s interesting because there are few things where there’s more division than climate change. You don’t tend to hear this, but there are people on the other side of that issue … [CNBC news anchor] Joe [Kernan] is one of them. But a lot of smart people disagree with you. I have a very open mind. And I’m going to study a lot of the things that happened on it and we’re going to look at it very carefully.

2. Another of Trump’s much-cited quotes from the interview — “I think there is some connectivity” between human activity and climate change — is not all it seems at first glance.

JAMES BENNET, editorial page editor: When you say an open mind, you mean you’re just not sure whether human activity causes climate change? Do you think human activity is or isn’t connected?

The context suggests that Trump’s acceptance of climate science will depend at least in part on how much climate action might cost American businesses (read: dirty energy companies and fossil fuel–reliant industries). That does not indicate a firm grasp of scientific principles.

3. Trump cited a random local temperature on a random date to suggest that the atmosphere isn’t getting hotter on average:

You know the hottest day ever was in 1890-something, 98. You know, you can make lots of cases for different views. I have a totally open mind.

This betrays a complete lack of understanding of climate change. Global warming means global average temperatures are on the rise. Climate deniers like to cherry-pick specific temperature readings, but those numbers don’t tell us anything about broader averages. The global data tell us that 16 of 17 hottest years on record have been recorded this century.

4. The main authority Trump cited on climate science during the interview was his late uncle, who died more than 30 years ago:

Trump did not elaborate on what those feelings were.

5. Trump isn’t too worried about global warming because he believes his golf courses will be OK. Friedman mentioned that Trump owns a handful of “beautiful” golf courses that will be threatened by sea-level rise. Trump, laughing, talked about his Doral course in Miami, which is a few miles away from the coastline:

Some will be even better because actually like Doral is a little bit off … so it’ll be perfect. … Doral will be in great shape.

And after Friedman noted that Trump’s Royal Aberdeen golf course in Scotland could go underwater, Trump responded with an indecipherable, “The North Sea, that could be, that’s a good one, right?”

I have a problem with wind … First of all, we don’t make the windmills in the United States. They’re made in Germany and Japan. They’re made out of massive amounts of steel, which goes into the atmosphere, whether it’s in our country or not, it goes into the atmosphere. … I don’t think [windmills] work at all without subsidy, and that bothers me, and they kill all the birds. … With that being said, there’s a place for them. But they do need subsidy. … I wouldn’t want to subsidize it.

And Trump claims his views have absolutely nothing to do with the fact that he’s fighting a wind farm proposed near his Aberdeen golf course.

By taking a few stray quotes out of context, journalists are giving the public a completely inaccurate picture of what Trump is saying and what he’s likely to do once he takes office. If Americans are to understand what’s actually happening during a Trump presidency, the media are going to have to do a lot better.