Not sticking together: Why did women ignore the hate speech against Hillary Clinton?

53 percent of white women saw Hillary Clinton get harassed, but still voted against her 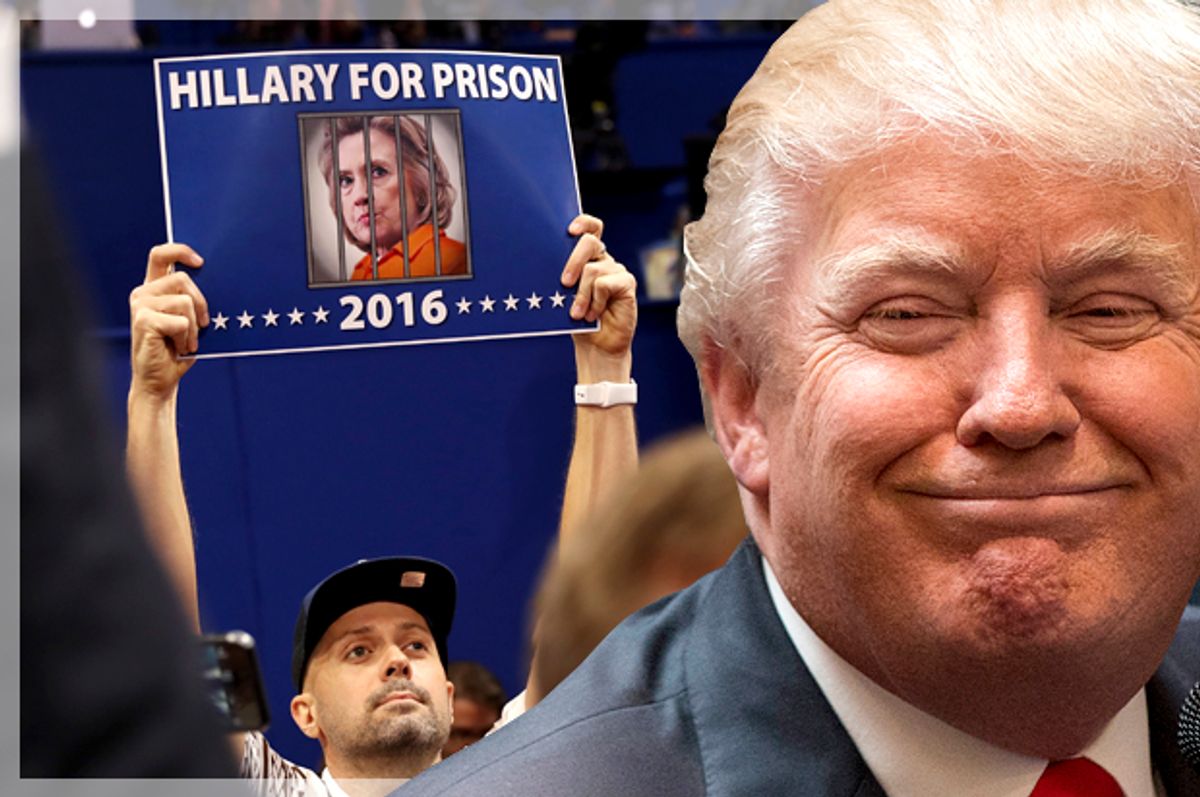 Polls indicate that one demographic slice instrumental in electing Donald Trump was white women. Indeed, 53 percent of white women cast their votes in his direction.

There’s current debate on why this might be – blatant or veiled racism, admiration for Trump’s business prowess or supporting someone who’s fired up to protect us from terrorism and radical Islam. But one unrecognized and insidious force – one that some women will likely minimize or deny – is internalized gynophobia.

Many people are familiar with the term homophobia – dislike of or prejudice against people who are homosexual. Some of us may even know the phrase “internalized homophobia” – when lesbians, gay men, bisexuals, transgender and queer people take on society’s negative perceptions about them, leading to devaluation and poor regard for themselves.

As a clinical psychologist, I avoid engaging in armchair analysis. But watching this election, and the strong resistance to a female candidate, I’ve found myself wondering if the women who vehemently oppose Hillary Clinton suffer some kind of version of related self-loathing. And, I worry about the consequences for women’s health.

It’s curious to me that women were so opposed to a female candidate and unwilling to excuse her flaws – but that they overlooked the flaws of a male candidate who had made many disparaging words against women.

We do know that harmful words, attitudes and actions harm women’s health. The effects of rape, discrimination and harassment are long-lasting, affecting the personal and professional lives of women for decades.

The health effects of sexual assault for women across their lifespan are potentially enormous. For example, even after controlling for other childhood adversities, childhood sexual abuse was associated with the subsequent onset of 14 mood, anxiety and substance use disorders among women – depression, dysthymia, mania, agoraphobia, panic attack, panic disorder, post-traumatic stress disorder, social phobia, alcohol problems, alcohol dependence, drug problems, drug dependence and severe drug dependence. Soak that in for a minute.

The frequency and intensity of sexual harassment are also related to physical and mental health problems for women, as well as difficulties in work and interpersonal activities.

Was it hate speech?

If you’re a woman and you cast your ballot for Trump, I’m not looking to judge you. You are my family members and my friends. And I care about you deeply.

I’m asking you to quietly consider how you feel about your own power – where you feel it comes from (your role as mother, daughter, spouse, worker) and how comfortable you are with sources of your power that are not defined by traditional nurturing roles. I’m also asking you to respectfully join me in thinking through this potential issue, as I believe it holds us and our country back.

This is important because of the potential health as well as social effects. Already, millions of women have felt at least temporarily depressed by the election of a man who they believe values women only if they look a certain way - tall, young, long-legged and big-breasted. He has repeatedly graded women on the “1-10” scale, saying that a woman with small breasts would have a hard time being rated “a 10.” In addition, he reportedly told talk show host Howard Stern that it was OK to call his daughter “a piece of ass.” Had he been speaking of another group of people, it might have been viewed as “hate speech.”

Recently, three middle-aged white women friends from college called me up, out of the blue. They had gotten together for a girls’ weekend and wanted to say “hi.” I was delighted to hear from them. We hadn’t spoken in almost 15 years.

As the conversation went on, their negative opinions on Hillary came out from, “being a bad role model for our children by staying in a relationship with her husband after he cheated on her” to “not caring about the American people.” Stupefied, I began asking them questions to understand their thinking.

I’m not saying that women ought to always like or support one another. But the vehemence which is projected onto the screen of Hillary is disconcerting and needs examination. The calls of “lock her up” did not come from men only. This leads me to wonder about the role of self-loathing.

Women voting for Trump may say something about how women feel about their own power as well as who has the power to govern. Political scientists have proved women’s overwhelming effectiveness in federal and state government. Thus, based on their effectiveness in office, one might think that the bias would be reversed, unless there’s something very deep going on inside.

With internalized gynophobia, there seems to be disproportionate dependence – believing that only men can take care of us, disempowerment without the protection and support of a man, severe self-limits in asking for our needs to be meet at home and on the job, and woman-bashing.

Of course this is a simplification. And not every stress or intensity of being LGBTQ can be equated with being women. Women in the U.S. don’t typically experience fear of being disowned because of their gender, and we don’t typically face overt disapproval within our religious communities.

We also don’t have to come out or fear getting “outed.” Our family, friends, workplace, world and religion can tell we’re women by looking at us. But we do share some historical and contemporary parallel experiences with the LGBTQ population in terms of oppression – fear of discrimination or violence and societal judgment and disapproval.

Similar to sexually diverse populations, women are at an increased risk for mental health concerns. And there have been studies on women’s self-loathing and its relationship to acceptance of their bodies as well as eating patterns.

A roster of contributing factors

There’s probably a host of conscious and unconscious reasons contributing to internalized gynophobia. Maybe personality traits like deference. Or maybe it’s coming from women from traditional backgrounds, who are taught through upbringing or socialization processes to be a dutiful and good girl.

It may also come from women who have learned to value themselves by their attractiveness and see their power solely or primarily through the seduction of and protection by men.

Whatever the cause, the world could benefit from healthily addressing issues such as internalized gynophobia, expected rejection, stereotyping and oppression. Discrimination and sexual harassment at work go beyond even mental and physical health. Sexual harassment is a significant public health problem that also affects work-related satisfaction and functioning.

One potential mechanism to support sexual minorities’ resilience is the development of growth-fostering relationships – authentic and mutual connections with close LGBTQ friends. Others might be to acknowledge the gynophobia or sexism implicit in our world and work to counter the internalized gynophobia that may occur in us or others.

Again, I’m not saying that every woman should have been “with Her.” And let me be clear, this is not just about our feelings toward Hillary. Other powerful women in business or leadership has felt the deep cuts of rejection before – Martha Stewart, Carly Fiorina, Meg Whitman, Marisa Meyer, to name a few.

But in this post-election, it would be helpful and healing and maybe even protective for all of us to understand that Hillary’s femaleness was not the deal-breaker. And I offer my hand in community to all willing to explore this perspective further.