Conservatives cared about the court this year, while many liberals didn't. The damage will last for generations 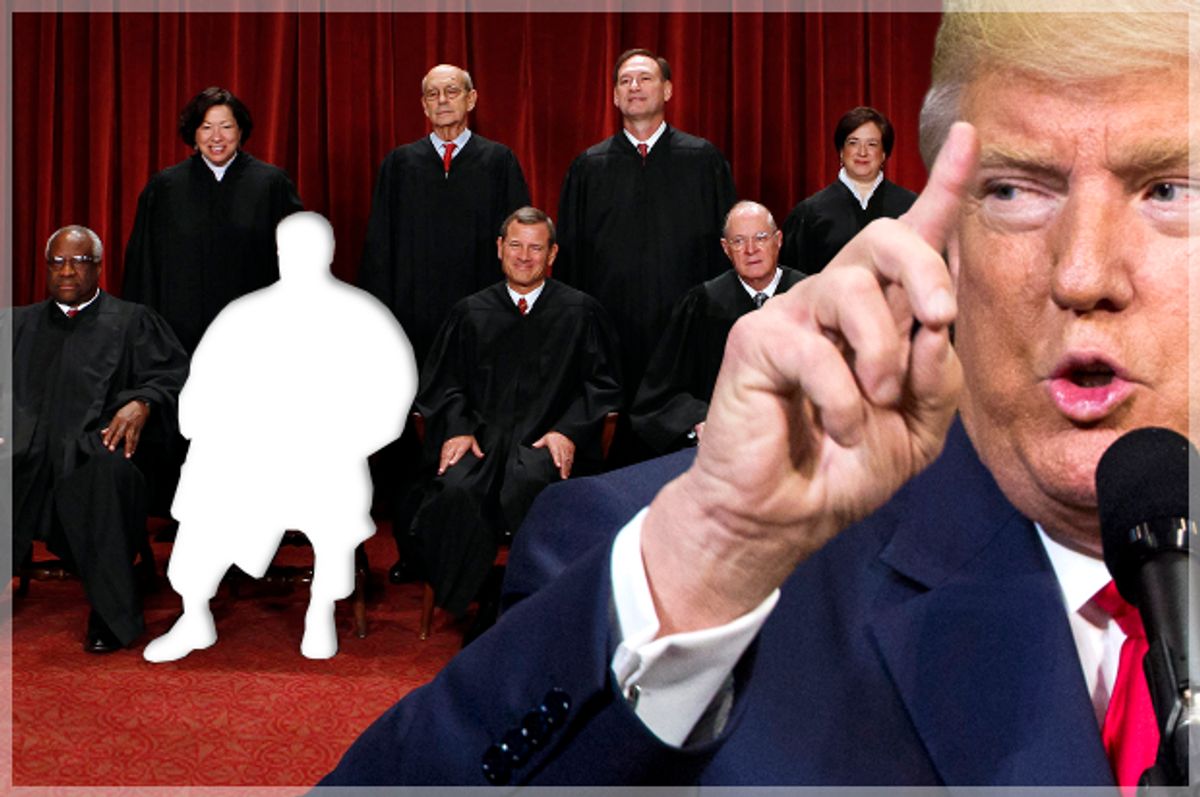 Seth Masket, a political science professor at the University of Denver, published a piece for Pacific Standard arguing that Senate Majority Leader Mitch McConnell was smart to organize an unprecedented blockade of any hearings for Merrick Garland, President Barack Obama's nominee to the Supreme Court, because the choice likely helped give Donald Trump the presidential election.

"McConnell’s move made the Supreme Court seat an issue for the presidential election," Masket wrote. "It motivated conservatives to stay on board with the Republican presidential nominee no matter who it was."

A lot of conservatives, especially evangelical Christians, had their doubts about a glib, insincere libertine like Trump, especially someone who had a history of donating to Democratic politicians and no record of Republican loyalty. But that empty seat on the Supreme Court, Masket argued, tipped the scales.

"The balance of the Court, particularly on such issues as abortion, was in play," he wrote. "Abandon the nominee, and Hillary Clinton gets to pick the next one, two, or three justices. Stand by the nominee, no matter how repellent, and you get to."

My inclination is to agree with Masket. One of the most interesting things that I found, talking to attendees at both the Republican and Democratic conventions over the summer, was that Republicans often spoke about the Supreme Court and Democrats almost never did. The tendency to cite control of the court was particularly pronounced among Trump-skeptical Republicans I spoke with. Very few of them talked about the economy but the court came up over and over again. The opposite was true when I spoke with Democratic voters.

Trump understood that as long as he promised an anti-choice, anti-labor, anti-environmentalist philosophy when appointing judges, the Republican voter base would squelch its concerns about putting such a thoroughly unqualified man in charge of the nuclear codes and fall in line. Over the summer Trump took the highly unusual step of releasing a short list of judges he would consider, heavily advertising that the list was basically handed to him by the Federalist Society and the Heritage Foundation, two far-right think tanks.

The move was brilliant precisely because Trump clearly doesn't give two hoots about the Supreme Court or the judiciary in general, despite the fact that he's been involved in a mind-boggling 3,500 lawsuits over the course of his career and had 75 ongoing when he was elected to office. Letting the Federalist Society pick judges for him clears up his schedule to focus on issues that really matter to him, such as the weight of Miss Universe pageant winners and demanding that black Broadway actors apologize for talking back to powerful white men like Vice President-elect Mike Pence.

For the past week and a half, I've been covering what it means for Trump to have the power to fill the Supreme Court seat that was left open after the death of former justice Antonin Scalia in March — and the even more dire possibility that he'll be able to replace one of the aging liberals on the court in the next four years. (Ruth Bader Ginsburg is 83 years old and Stephen Breyer is 78; Anthony Kennedy, the most moderate of the court's conservative justices, is 80.)

It's difficult to deny the conclusion that, in the end, Republican voters are more organized and focused on the long game than Democratic voters, and that ability to focus will pay off. Trump will likely be out in four years — possibly less, if the quickly mounting scandals result in enough legal troubles — but the damage he's likely to do with his court appointments will last years and in some cases generations.

Using the courts to dismantle the right of workers to unionize, for instance, will pay off dividends for Republicans long after Trump leaves the White House in the inevitable cloud of shame and disgrace. Unions can organize and educate voters and represent the only real hope that Democrats have of convincing some of those longed-for white working-class voters to stop voting racial resentments and begin voting their economic self-interest. Republicans get this, which is why they have focused heavily on creative litigation aimed at destroying unions, and now they are on the cusp of dealing some wounding blows.

It's the same story with conservative lawyers' chipping away at campaign-finance laws. Trump will do plenty of damage to both parties, but the free flow of money in politics means that the Republicans will be able to rebuild more easily than the Democrats, who have a much less wealthy donor base. Just as important, elevating the power and voice of the wealthy over everyone else will help Republicans continue to capture more state legislatures and congressional seats, reinforcing the horrific situation we have now, whereby a Republican minority is ruling over a Democratic majority.

This year's election postmortems were tedious before they even began, of course, but please indulge me for a moment: The media's unwillingness to cover the court issues, especially McConnell's unprecedented and unconstitutional holdup of Obama's court appointee, was a major act of malfeasance. Yes, it's hard to keep a story in the news when there aren't new developments to cover. But McConnell's corrupt and anti-democratic behavior was a far more serious story than Hillary Clinton's email management. It should have been extensively covered, and it was not.

This problem is made all the more serious when you consider the divergent media consumption of conservative Americans and everyone else. Most Americans, moderate or liberal, get their news through the mainstream media. Most conservatives turn to conservative media, like Fox News. Conservative media is better about covering the court issues and keeping them at the forefront of voter minds, and the result was that Republican voters had their votes moved on this issue. For more Democratic-leaning voters, it completely fell out of mind.

The result is that Republican voters treated this election as if it were an urgent one, and millions of voters who turned out for Obama in the previous two presidential cycles couldn't be bothered to cast ballots this time around. Perhaps if they had really understood that this election would determine the direction of the federal courts for a generation, they would have reconsidered their decision to stay home rather than vote for Hillary Clinton.