A new song by Green on Red guitarist bids farewell to Bowie, Prince, George Martin, Merle, Ali and others 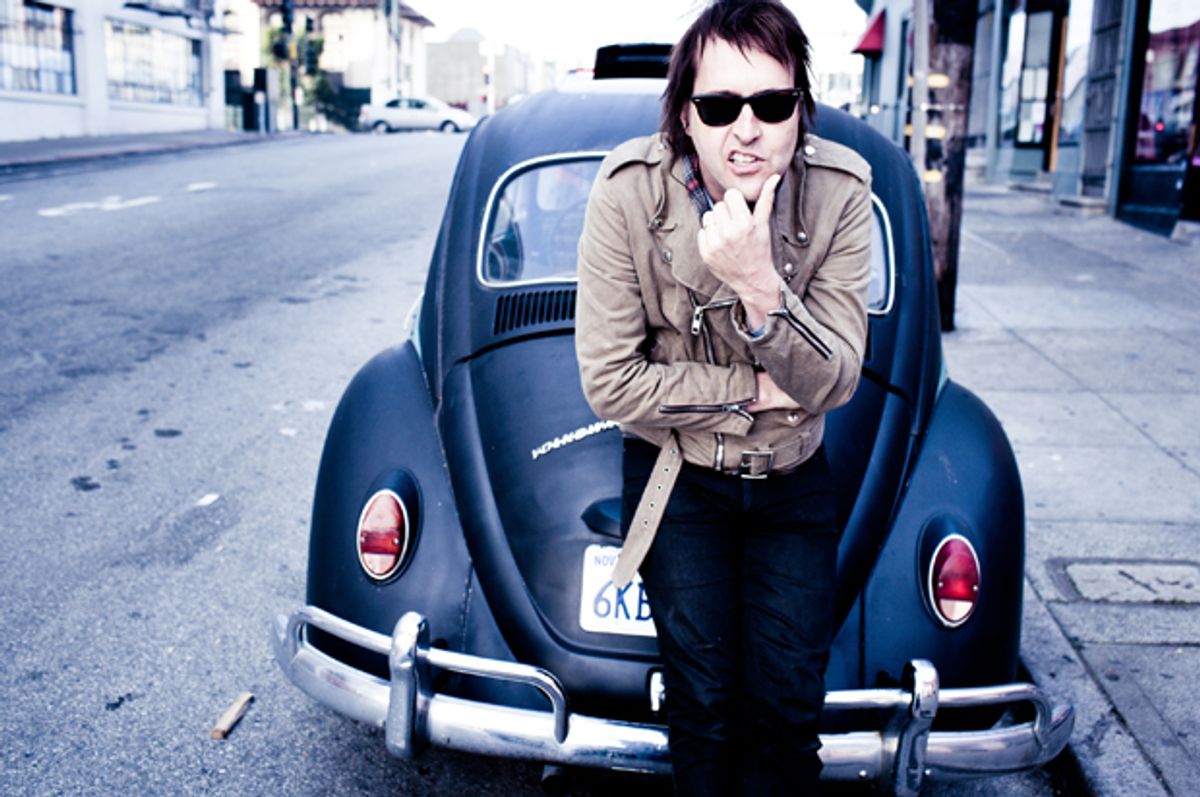 Even before the results of the recent presidential election became official, this was shaping up as the worst year in memory, at least for rock music fans. We’ve still got a month and change left, and we’ve already lost David Bowie, Prince, Leonard Cohen and Sharon Jones. This leaves out the artists in other fields who’ve passed on as well.

San Francisco musician Chuck Prophet apparently feels the same way and has released one of the first new songs to delve into what a shitshow 2016 has been. A former member of Green on Red — the Tucson, Arizona-based band that had a foot simultaneously in the Paisley Underground and '80s cowpunk — Prophet has been releasing solo albums since 1990. His new song, “A Bad Year for Rock and Roll,” deserves to become 2016’s grim anthems.

The song begins with a tribute to Bowie: “The Thin White Duke took a final bow/ There’s one more star in the heavens now.” The related video — which is is premiering today — begins with Bowie as well, with appearances by Prince, Beatles producer George Martin, a middle-aged Leonard Cohen who looks eerily young and other late and lamented figures including boxer Muhammad Ali, country singer Merle Haggard, comic Garry Shandling and actor Gene Wilder.

The song itself, grounded in a nicely chiming, almost Byrdsy guitar riff, is a lament for the fallen. I must admit I don’t entirely get the 2016 song reference in the line “Now I’m sitting here in my Mohair suit/ Watching Peter Sellers, thinking of you.”But Sellers was such a genius and a hero to my fellow Californians — despite being English — that I won’t complain. (Are the two or three scenes from “The Graduate” homages to Mike Nichols, who died in 2014?)

I’ve only lightly spun through the Prophet’s upcoming album “Bobby Fuller Died For Your Sins" (on which this single appears) but it’s got the kind of West Coast sunshine and noir that I dig very deeply and that bands like Love and the mature Beach Boys traded on. Death and California seem to be the big themes here. (Fuller is best known for his covers of “I Fought the Law” and “Summertime Blues” as well as his mysterious death inside his car in 1966 Los Angeles. Was it a suicide or a well covered-up murder? It's not clear. He was just 23.)

The album closes with song called “Alex Nieto”: The name, of course, belonged to a San Francisco security guard killed by four policemen while he was eating dinner before his shift in March 2014, in a kind of brutal precursor to the kind of violence against men of color that has become increasingly common. Nieto was an immigrant from the historic Mexican region of Guanajuato, had graduated from City College of San Francisco and was a Buddhist. The officers, who fired 50 bullets at him, were cleared of all charges in March.

Here’s hoping that Prophet defies his surname and that his dark album arrives in a brighter 2017. Until then, watch the video for his new song and weep for what we’ve survived in 2016.