BULLSH**TER OF THE DAY: Rush Limbaugh, for setting us all straight on this whole fake news business

It's all just funny jokes! And we all know that liberals hate funny jokes 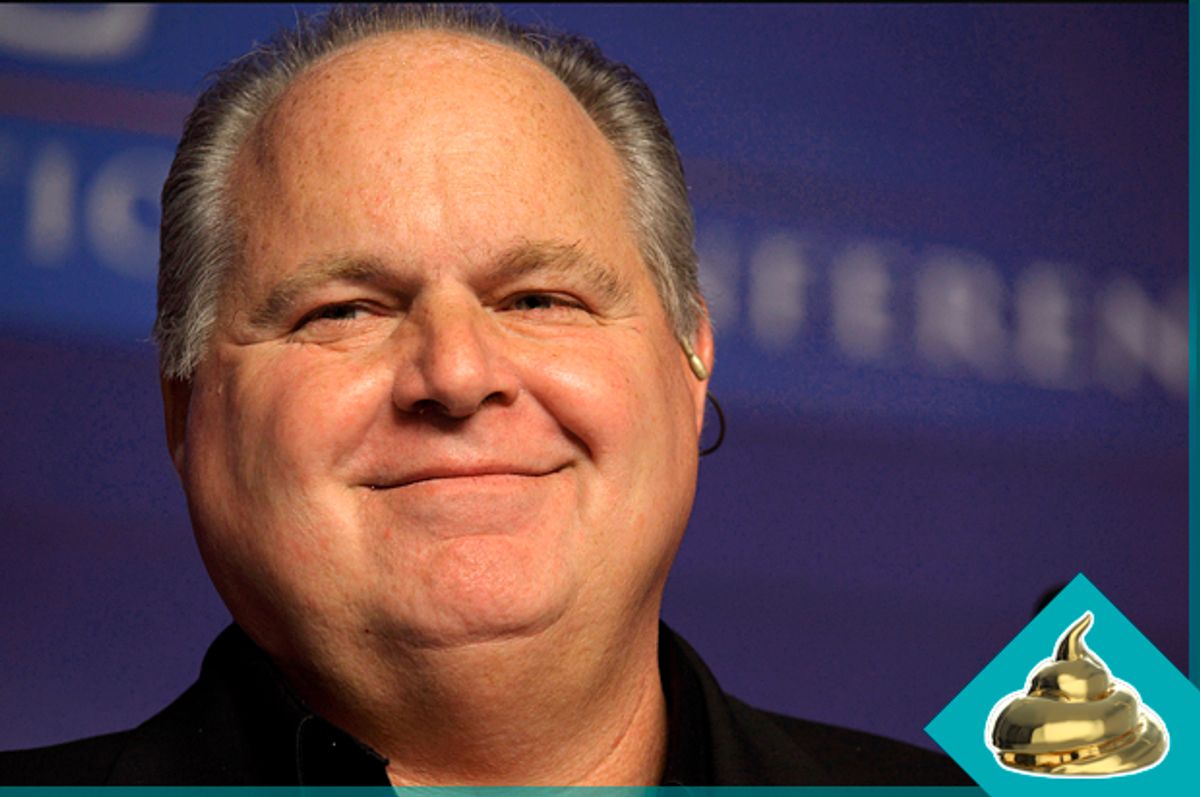 "I really – fake news has been so blown out of proportion anyway. What it largely is, is satire and parody that liberals don't understand because they don't have a sense of humor, particularly if it's about them. You can't laugh at them, you can't mock them, you can't make fun of them like they can laugh at and mock and make fun of everybody else."

Reports that fake new are now more shared than real news (read: based on facts) have (at least) half the country worried. This is particularly significant after a reality tv star with no political experience whatsoever ran a campaign for president based largely on fake news, lies, and the fears that those inspire. And won. To these concerns about our living in a distorted reality, Limbaugh responds that it is just a harmless little joke.

Of course not. But that's the problem. Limbaugh's whole radio show and persona exist merely to fabricate conspiracy theories and fake news. It is not satire when someone falsely writes that Pope Francis endorsed Trump or that Hillary Clinton sold arms to ISIS. That is outright voter manipulation. Are we then supposed to believe that Donald Trump was joking when he took credit for saving Indiana jobs that were never in danger? Sorry, but calling a fraudulent, misleading article a "joke" doesn't make it so.

For some reason, Limbaugh was the Leonardo DiCaprio of our Golden Turds. Everyone was expecting it, but days turned to weeks and still he hadn't managed to bring one home for his trophy case. But worry no more. We are making up for lost time: he was awarded a Golden Turd just a few days ago, and if he continues with his """"journalistic"""" mantra, he might even get a Lifetime Achievement Turd.