BULLSH**TER OF THE DAY: Sean Hannity, for his asinine reading of the electoral map 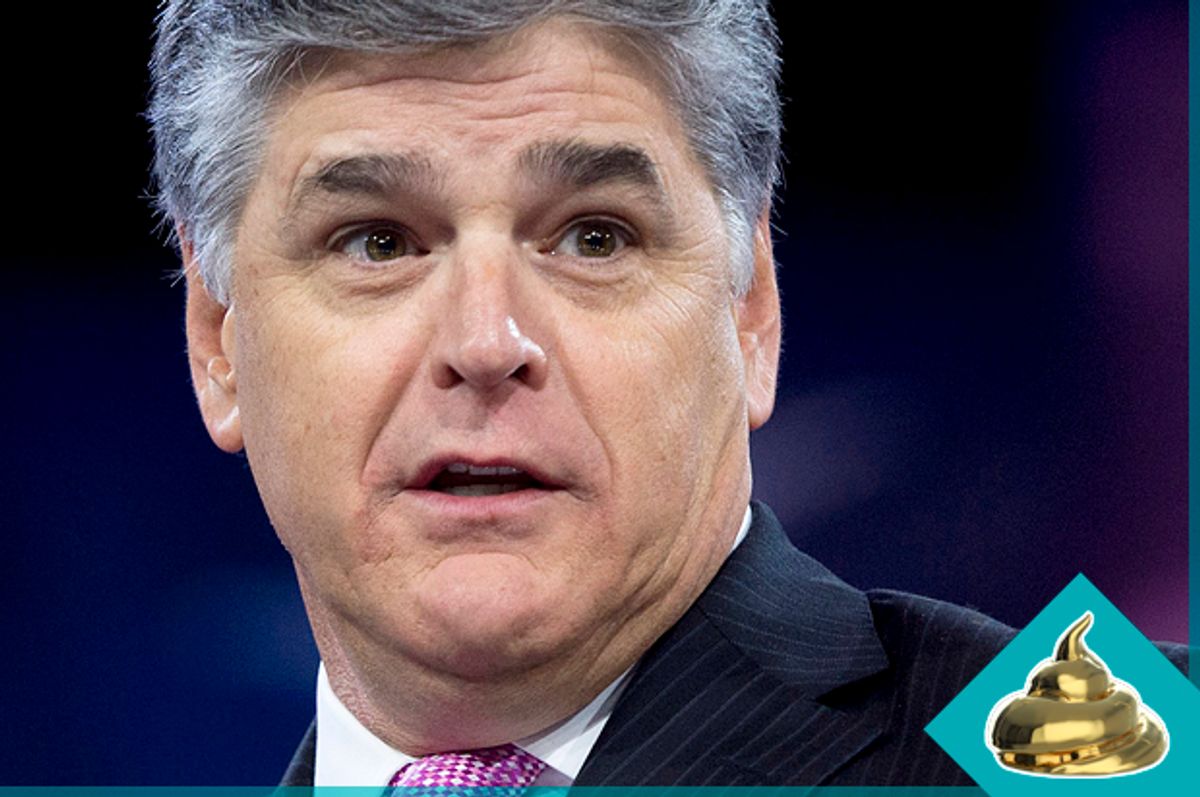 “When you look at the map, and you look at how little blue is in it, and how divided America is between rural America and big cities, it’s pretty amazing. In that sense, that’s where the divide really is. America’s a very conservative country, in terms of just the actual population. It’s the population centers that tend to lean very solidly Left."

After a clear win in the popular vote for Hillary and a very close race in three states that gave the electoral college to Trump, Jill Stein is leading a movement to force a recount. Right-wing commentators see this as an effort to delegitimize the Trump presidency, and in a discussion at the Breitbart Daily News, Hannity decided to give us a magisterial lesson on how to read a map. If you're familiar with his past magisterial lessons you will no doubt guess how successful he was.

Sean Hannity is one of those right-wing voices that has spread so much bullshit your ears have probably become used to it and can barely tell the difference any more. But just very recently, and in line with his utter disdain for democracy, he posited the very important question of why mainstream journalists would "need to have a seat in the White House press room." Then again, this is coming from a member of the press who urged the next press secretary not to talk to the press every day. DEMOCRACY, everyone!

Bullshitter Of The Day Sean Hannity