Donald Trump wants to take away citizenship for someone burning flags, continues to talk about voter fraud 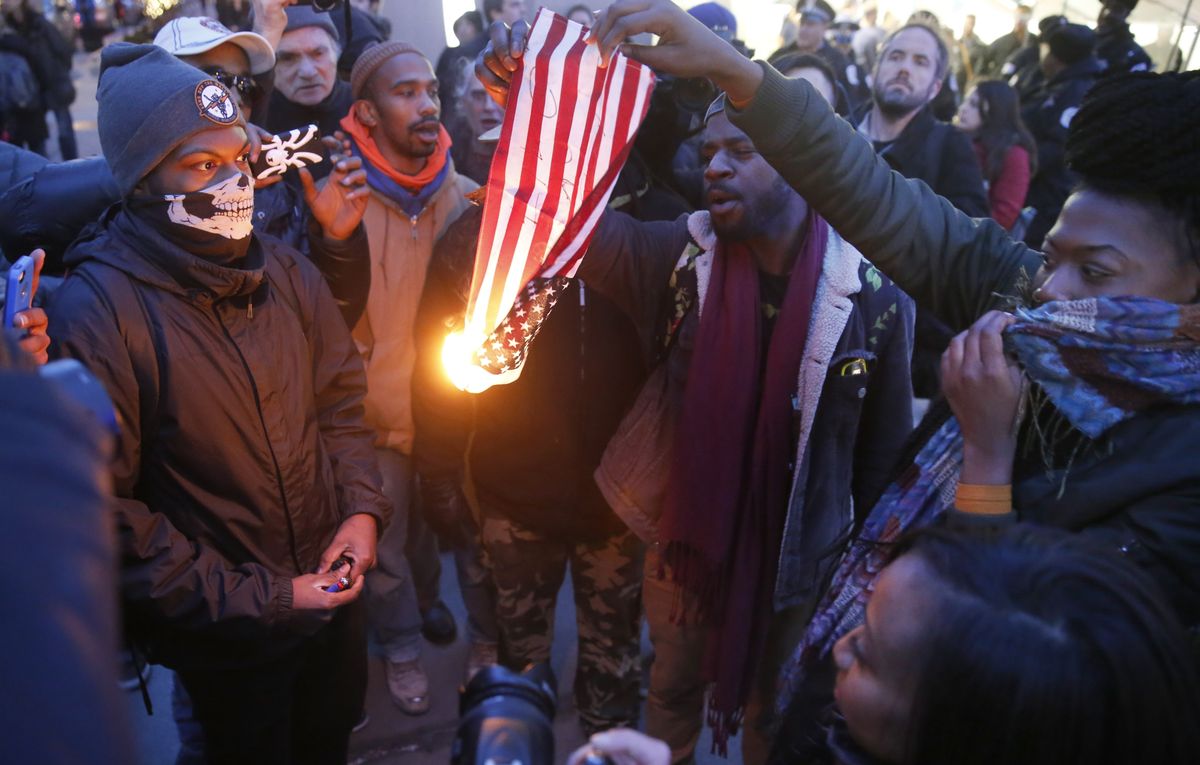 As the president-elect is flirting with one secretary of state openly detested by his allies and close advisers and another who willingly gave highly classified information to his mistress, as acts of racism are being carried out in his name he's angry that people somewhere are able to protest their First Amendment rights.

Nobody should be allowed to burn the American flag - if they do, there must be consequences - perhaps loss of citizenship or year in jail!

Think about this for a moment. Trump — who for years said that President Barack Obama was not born in the United States — wants to be able to take away someone's citizenship for using permitted, albeit unpopular, speech. This isn't just settled law. This is extremely settled law. So much that even the late justice Antonin Scalia didn't want to change it.

“If I were king, I would not allow people to go about burning the American flag. However, we have a First Amendment." - Antonin Scalia https://t.co/bT7z1HNNqM

Late Monday night, Trump took to Twitter to yell at CNN how he won "in a landslide" that was, at the same time, rigged. And even though no one could find voter fraud — except for a Trump voter — Trump didn't take this to mean that there was no voter fraud. Rather, he took it that journalists weren't working hard enough.

"@HighonHillcrest: @jeffzeleny what PROOF do u have DonaldTrump did not suffer from millions of FRAUD votes? Journalist? Do your job! @CNN"

Trump also retweeted a 16-year-old fan who validated his opinions.

"@FiIibuster: @jeffzeleny Pathetic - you have no sufficient evidence that Donald Trump did not suffer from voter fraud, shame! Bad reporter.

No matter what the president has to say, the following is true: Burning the American flag is constitutionally protected speech, there's no evidence of voter fraud, Donald Trump won the 2016 election while losing the popular vote, and he's going to enter the Oval Office with low popularity, tons of conflict-of-interest baggage and a health secretary who hates health care.