Roof, a white supremacist, is accused of shooting nine parishioners in South Carolina 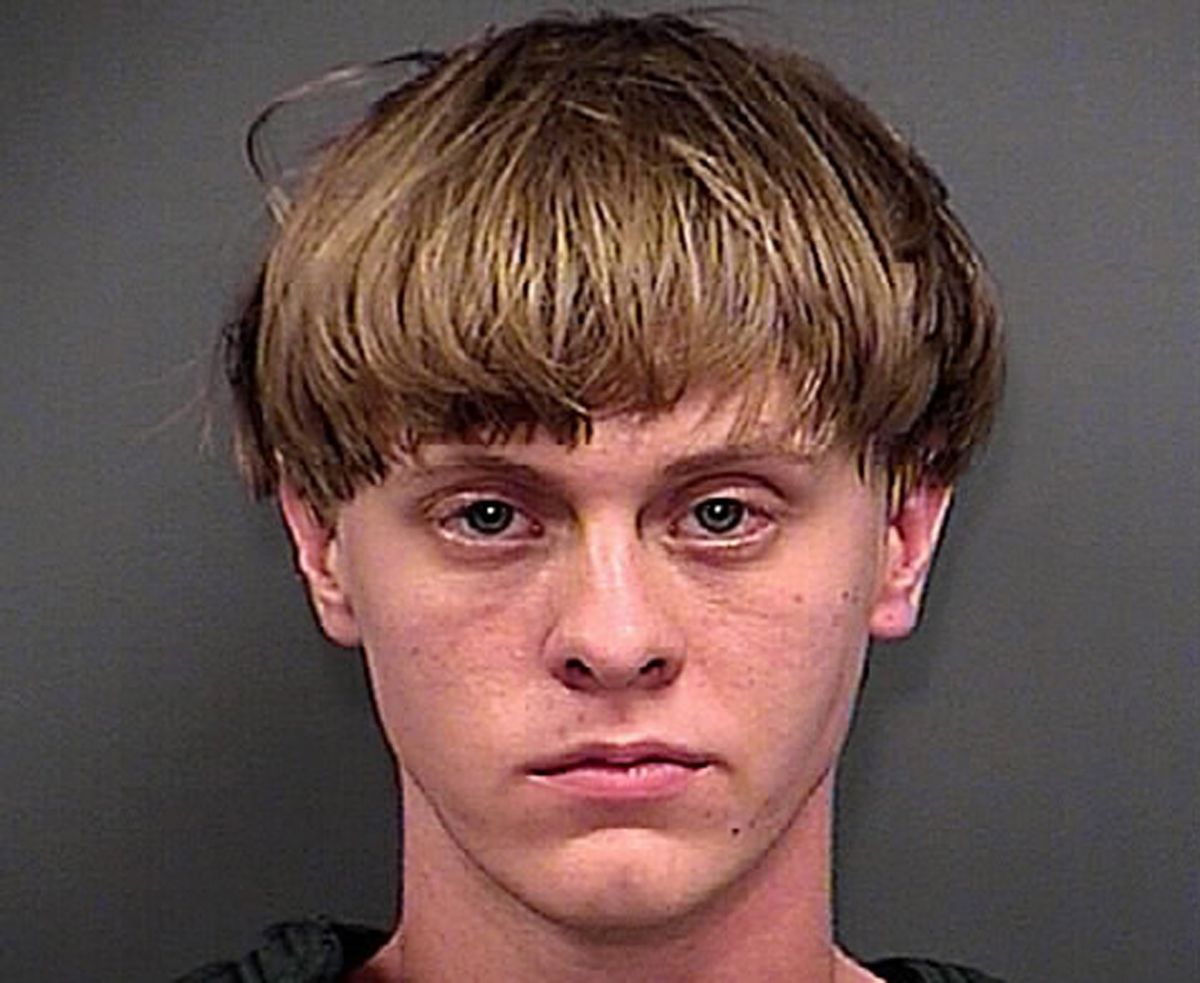 CHARLESTON, S.C. — The laborious process of juror qualification moves into a second day Tuesday for the white man accused of fatally shooting nine black parishioners at a South Carolina church, with the defendant slowly easing into his role as his own attorney.

In the latest twist in the case, Dylann Roof on Monday was allowed to begin representing himself in his federal death penalty trial on dozens of charges including hate crimes and obstruction of religion. Against his attorneys' advice, Roof sought to act as his own attorney, giving no reason except the constitutional provision governing defendants' right to a speedy trial.

The move came as potential jurors began reporting to Charleston's federal courthouse. So far, seven people — all of them white — have been deemed qualified to serve on the panel that will decide Roof's fate. Once 70 are qualified — a process expected to take several weeks — attorneys, and now, Roof himself, will whittle that pool down to a jury of 12, plus six alternates.

Qualification initially began three weeks ago but was halted after Roof's legal team questioned his ability to understand the case against him. After a hasty two-day competency hearing, U.S. District Judge Richard Gergel last week ruled Roof could stand trial. The judge said Monday that Roof filed his motion to represent himself around midnight, before Monday's court session.

During juror qualification, Roof sat at the defense table occasionally conferring with death penalty attorney David Bruck, sometimes looking at papers spread out before him. He initially registered few objections, agreeing with Gergel about a man's statements that the crime being in a church made it more worrisome to him and also saying a woman's death penalty views made her a good juror.

Toward the end of Monday's session, Roof did move to strike a potential juror but gave no reasons for the decision.

Roof's self-representation comes months after he offered to plead guilty in exchange for the promise of life in prison. But federal prosecutors have refused to take the death penalty off the table in the June 2015 slayings at Emanuel AME Church in Charleston.

Until now, Roof has been represented by one of the nation's most respected capital defenders. Bruck — who kept Susan Smith off South Carolina's death row for sending her car into a lake with her two children strapped inside but couldn't keep a federal jury from sentencing Boston Marathon bomber Dzhokhar Tsarnaev to death last year — slid down one seat and let Roof take the lead chair on Monday.

Roof joins a long line of high-profile defendants who acted as their own attorneys, often with poor results. Serial killer Ted Bundy, Beltway sniper John Allen Muhammed and Army Major Nidal Hasan, who killed 13 people at the Fort Hood military base in Texas, ended up with death sentences.

After firing their lawyers, Long Island Rail Road shooter Colin Ferguson was sentenced to 200 years in prison, and 9/11 conspirator Zacarias Moussaoui was sent away for life.

Defendants who act as their own lawyers generally want to bring attention to their causes and publicize their actions. That almost always runs counter to the advice of lawyers, who urge them not to incriminate themselves.

"They think they have a message and that's unfortunately what leads to these crimes in the first place," said New York attorney Tiffany Frigenti, author of an article called "Flying Solo Without a License: The Right of Pro Se Defendants to Crash and Burn" for her law school journal.

Pro se representation can also lead to uncomfortable courtroom encounters between defendants and their victims or those victims' families if they are questioned by the very person who is accused of shattering their lives.

"It can seem beneficial. Nobody believes in your cause and case more than you," Frigenti said. "But it only works that way in very rare cases — usually appeals."

According to police, Roof sat through nearly an hour of prayer and Bible study before pulling a gun from his fanny pack and firing dozens of shots. Roof shouted racial insults at the six women and three men he is charged with killing and at the survivors, authorities said. He said he left three people unharmed so they could tell the world the shootings were because he hated black people.

Just hours after his arrest, some of the victims' relatives attended Roof's initial court appearance and said they forgave him and would pray for him. If he continues as his own lawyer, Roof could end up questioning those same family members in court.

On Monday, about 10 of those relatives sat behind prosecutors. Some have said they will be in court throughout Roof's trial.