Through a loophole called "reconciliation," Senate Republicans can prevent Democrats from blocking their big plans 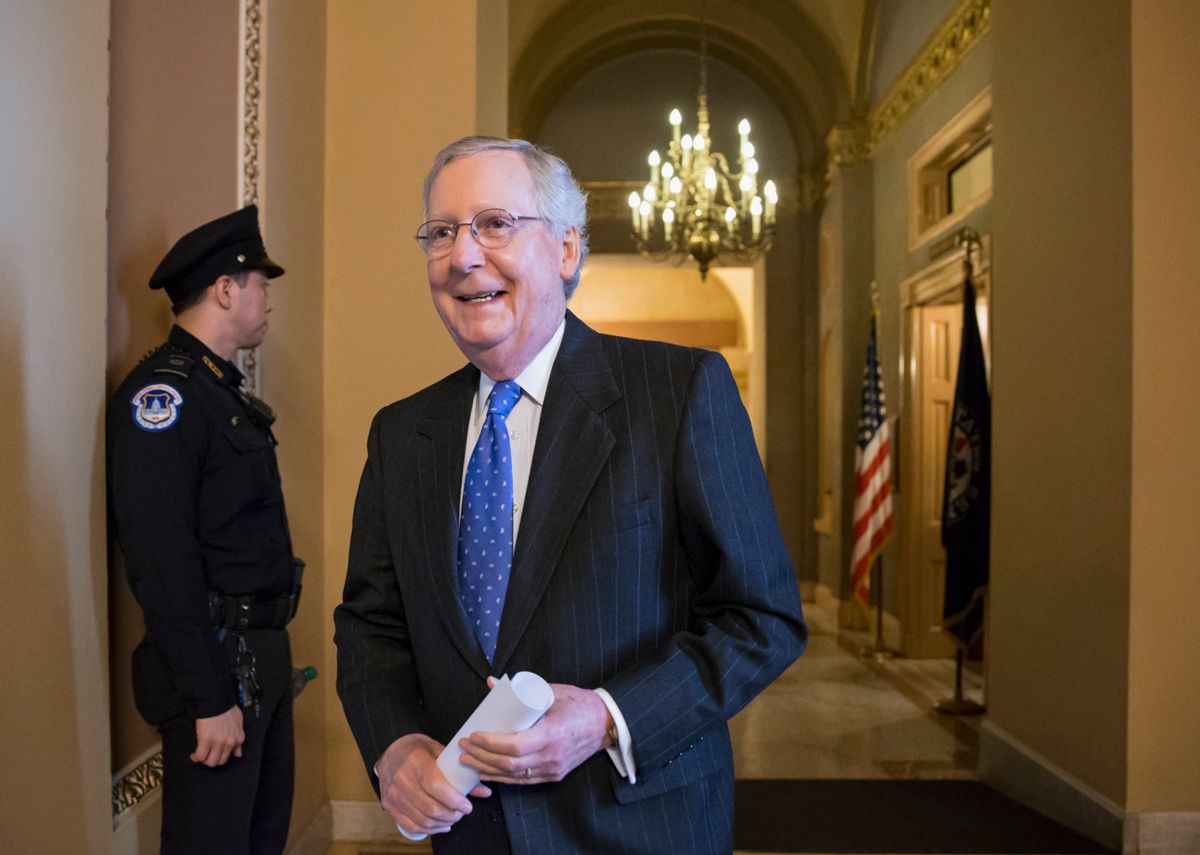 The GOP wants to get rid of the Affordable Care Act, and want to make sure that not even a Democratic filibuster can stop them.

Congressional Republicans are eyeing a "lightning-strike rollback of Obamacare" for early 2017, according to Bloomberg Politics. If successful, the rollback would mark a major victory for conservatives in the first 100 days of Donald Trump's presidency.

While a fitting welcome to the bloodthirsty president-elect, the rollback has the potential to cause a rift in the GOP. Senate Republicans could potentially compromise their 52-seat majority if the terms of the rollback include far-right aims such as defunding Planned Parenthood.

Republicans now have to find a viable and agreed-upon alternative to Obamacare before the new Congress convenes on Jan. 3.

The Republican plan would take advantage of reconciliation, a budget-related mechanism to circumvent the 60-vote threshold in the Senate and prevent Democrats from being able to block legislation on their own. By striking early, the GOP could set itself up to invoke the same procedure again later in the year on a broader range of targets, including tax cuts.

The quick-strike bill, like one vetoed earlier this year by President Barack Obama, H.R. 3762, would likely set what amounts to an expiration date for the law’s financial underpinnings, leaving Congress to act at a later date on any replacement plan. That’s because more than six years after the law’s passage, Republicans still don’t have a consensus on how to replace Obamacare.