To the victors go the spoils: Donald Trump's first backers are benefitting from his win 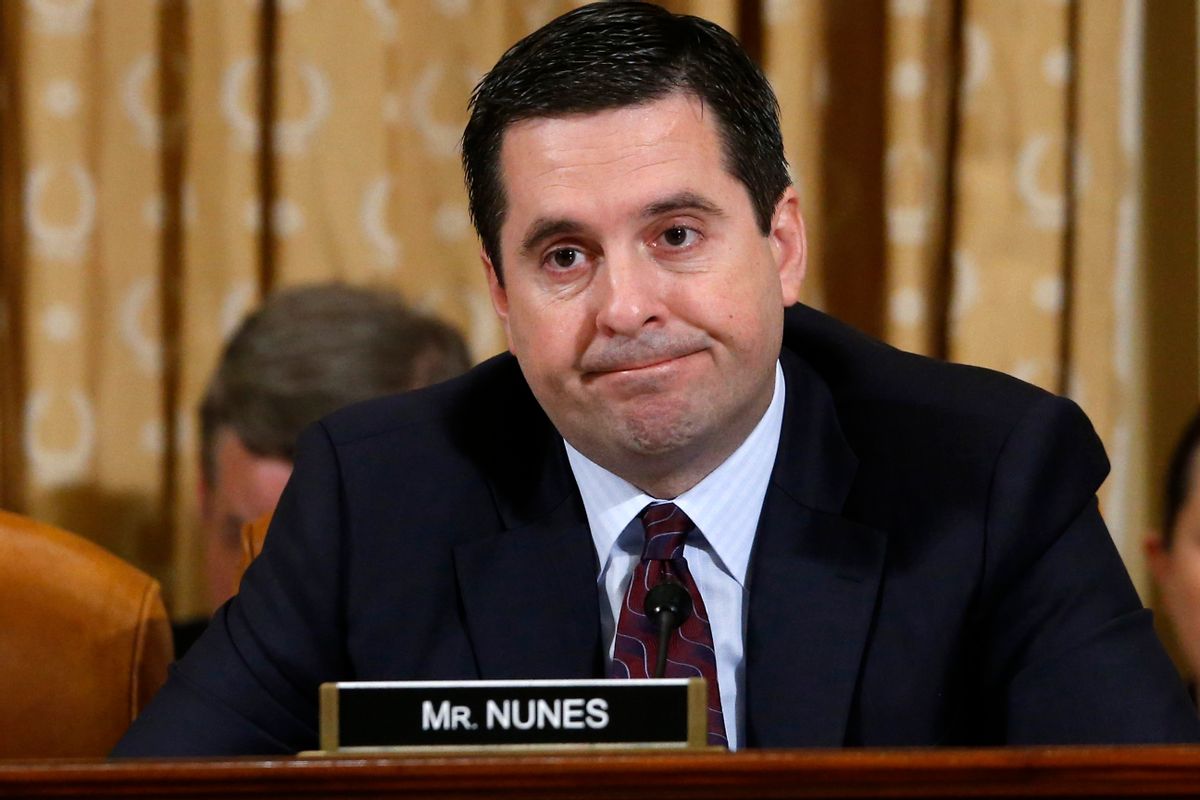 FILE - In this May 17, 2013 file photo, Rep. Devin Nunes, R-Calif. is seen on Capitol Hill in Washington. Republicans retained control of the House in this weeks election, but because of retirements and party-imposed term limits on committee chairmen, more than half a dozen committees will be getting new chairmen. (AP Photo/Charles Dharapak, File) (AP)
--

While many members of his own party did not support Donald Trump during his campaign for the presidency, those Republicans who boarded the Trump train early on have prime seats for the ride to the future.

The early backers for Trump — House and Senate members, mainly — are in line for plum appointments to high-ranking positions, according to Politico.

Trump has already tapped many long-time supporters such Alabama Senator Jeff Sessions. Sessions, tapped for the Attorney General position, was an early Trump supporter and spoke at one of his campaign rallies in August 2015. Trump-loving Milwaukee Sheriff David Clarke is in the running for secretary of the Department of Homeland Security. Former New York City Mayor and Trump campaign advisor Rudy Giuliani's name has also been floated around for several cabinet positions, now for Secretary of State.

However, the power also lies in the hands of Trump's early backers in congress who have advised the president-elect on major cabinet picks.

Intelligence Committee Chairman Devin Nunes of California started briefing the Trump campaign about intelligence early in the 2016 campaign and is now part of the Trump transition team. According to Politico, Nunes can take credit for Cabinet picks like Representative Mike Pompeo of Kansas, who was tapped for CIA director on Nov. 18, and Representative Tom Price of Georgia, who was picked to lead the Department of Health and Human Services.

On the heels of winning his fourth term in the House, Pennsylvania Representative Lou Barletta is being considered for Transportation Secretary in the Trump administration according to Townhall. Barletta proclaimed his support for the now president-elect last March. Barletta, a hard-liner on the issue of national immigration, advised Trump on on issues of transportation during Trump's campaign.

New York Rep. Chris Collins was the first congressperson to endorse Trump, in February of this year, but told CNN on Nov. 9 that he had no plans to join the Trump. He also said on CNN that he could be a good go-between for Trump with House Speaker Paul Ryan. Collins, as well as Barletta, told Politico that they've been communicating with politicians who want to serve in the administration and then handing those names over to Trump higher-ups like Jared Kushner.

“As all these members are coming up to me, many of them seeking Cabinet-level positions, and a few agency heads, a couple . . . undersecretary positions,” Collins told Politico. “We’re floating [names] back to the campaign.”

Extremely proud of my House colleague and friend @RepTomPrice on his selection as HHS Secretary. Look forward to working with you to #MAGA

Congrats to my good friend @SenatorSessions for his selection as U.S. Attorney General. I look forward to working with you to #MAGA.