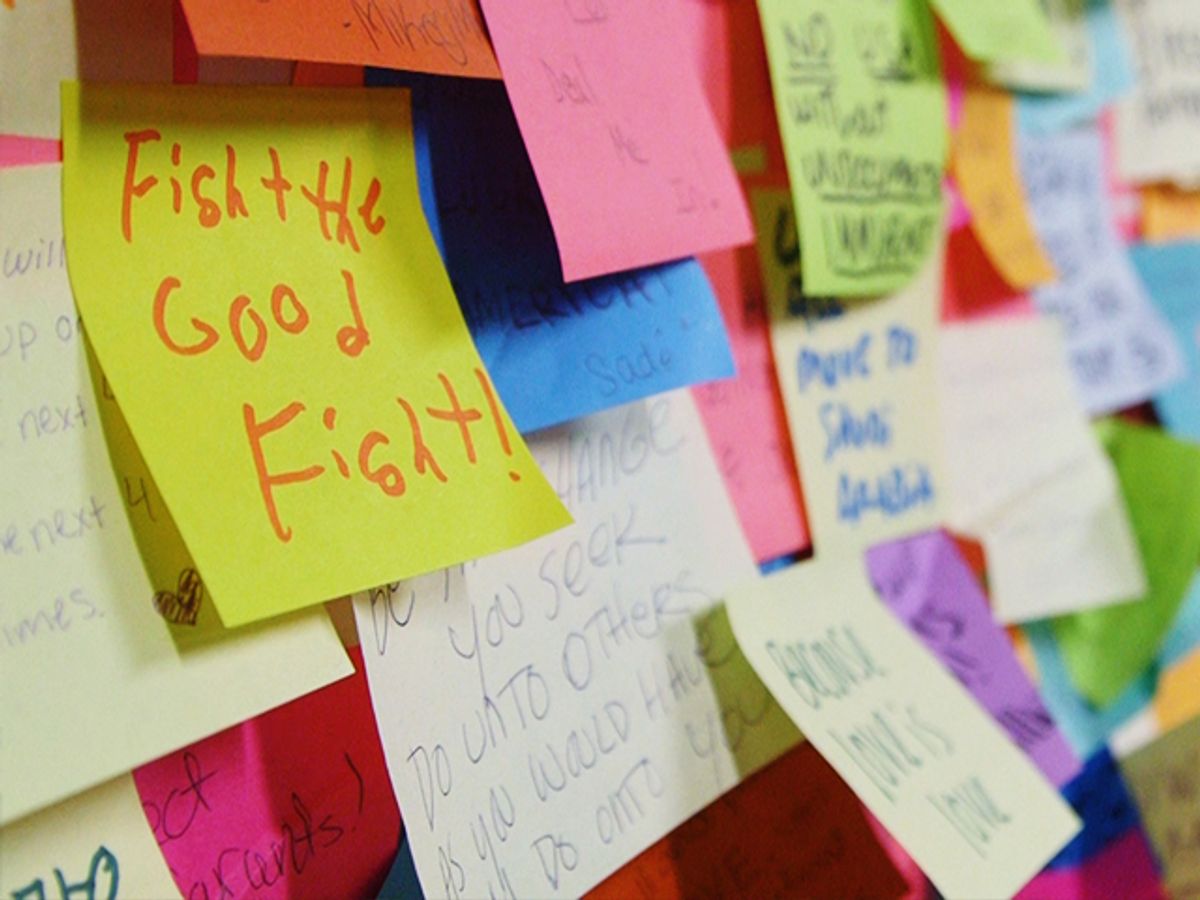 The reality of President Trump is no longer a pipe dream, and both supporters and protesters have been extremely vocal. An outlet rapidly gaining momentum in New York is writing on sticky notes. Thousands of New Yorkers are writing their feelings and anonymously posting them onto subway walls.

Messages range from "Long live D. Trump" to "I Have a Dream" to "Follow your bliss" to "He is our President, stop bitching."

"It's so powerful, I've been coming here every night," one person said. "It's a way of saying something in a few words. Everybody can read it, everybody can take one and put it up. It's so amazing to be able to talk to each other and the people in power."

"Walls like this kind of give you hope, you know, you're not alone," another person said.

"Subway Therapy" was started by artist Matthew "Levee" Chavez in Manhattan's Union Square subway, and the action has since spread to other subway stations and cities.