BULLSH**TER OF THE DAY: Kris Kobach, for hopping aboard the bogus "illegal voter" bandwagon 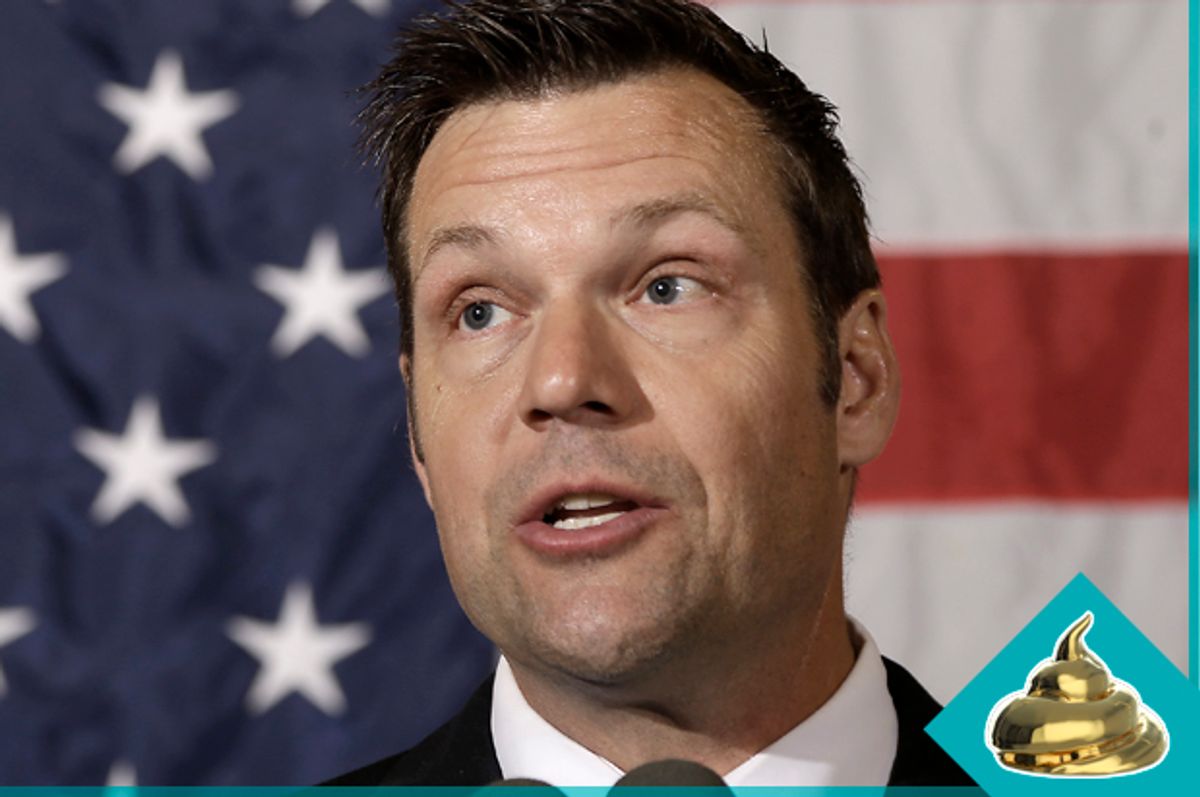 "I think the president-elect is absolutely correct when he says the number of illegal votes cast exceeds the popular vote margin between him and Hillary Clinton at this point."

A combination of Trump's big, narcissistic ego being hurt by losing the popular vote and misinformation spread mostly by conspiracy theorist Alex Jones has brought to the public debate the assertion that "millions" of undocumented migrants voted in the 2016 election. Of course that is false, but that doesn't matter in an post-Trump-president-elect world, or to Kobach, who ran with Trump's claim without providing any proof whatsoever.

Kobach thinks the president-elect is correct to say the "illegal" vote exceeded the winning margin of the popular vote margin. Well, was he correct, though? Trump has pushed the limits of truth so far that we've become a post-truth society. We now live in an upside-down world where instead of proving his false claims, he just expects the press to disprove them while he benefits from the debate—which undoubtedly ends with "the rigged media is lying" when he is proven wrong. There's no proof that there were non-residents voting in the election, let alone millions of them. So, no, Mr. Kobach, take your racism and xenophobia elsewhere.

If we expand the term "bullshit" out to include outrageously racist, Islamophobic and propagandistic claims, then, yes. Tons, actually. After all, he is believed to be one of the architects behind the aggressively insulting anti-immigration platform that Trump ran on. Perhaps the worst he's pushed out was the Muslim Registry, which would not only be ineffective, but also an outright assault on Muslims' constitutional rights and freedoms.