How long will it take to come up with a replacement? Mind your own business 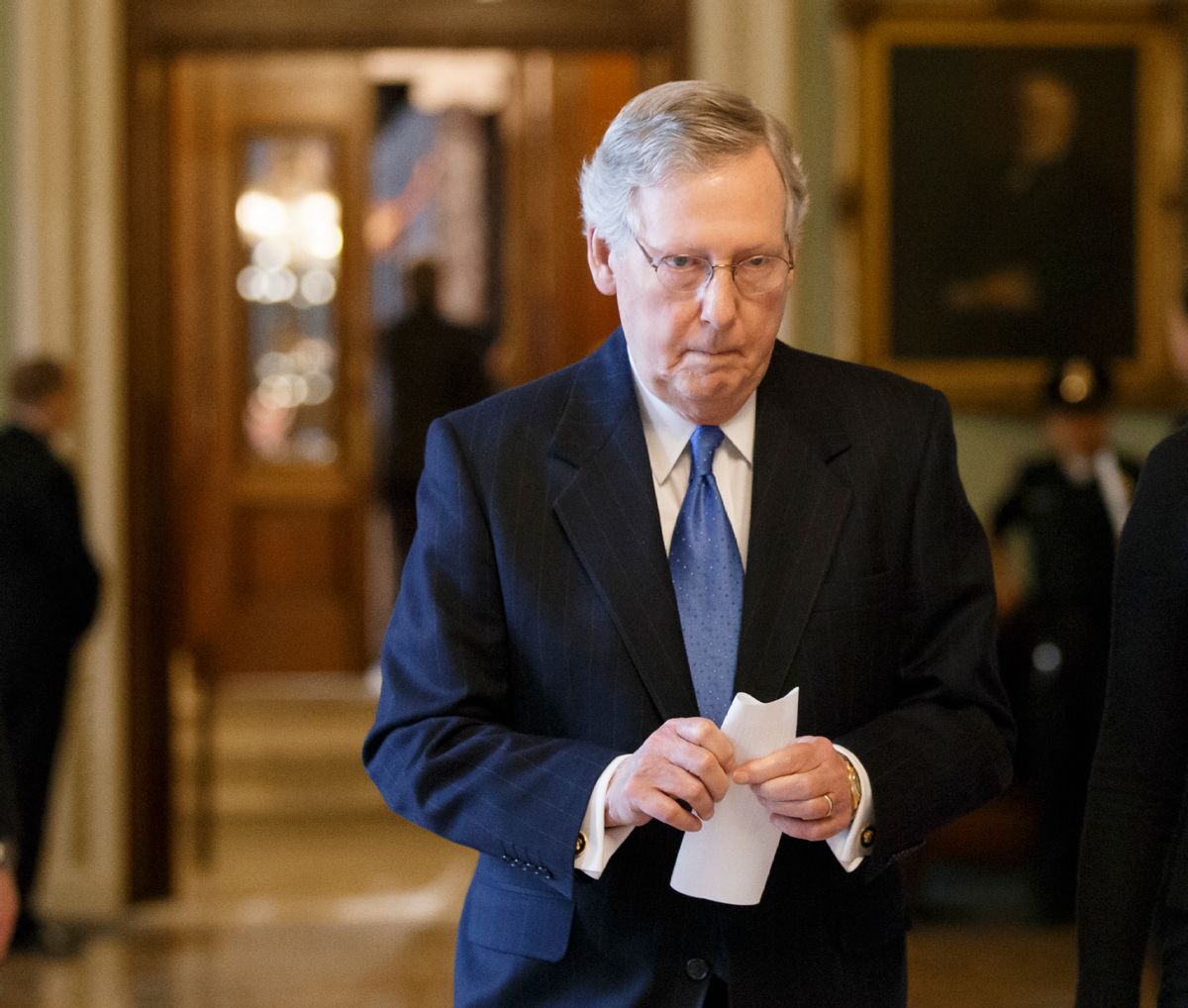 Senate Republicans plan to repeal Obamacare. That's what's known. It's what they do after that that's the mystery.

Reconciliation — a budget loophole through which Senators could pass legislation by a simple majority and block a potential Democratic filibuster — was floated for a minute. House Majority Leader Kevin McCarthy then suggested it would be easier to decide on a replacement after Obamacare was repealed and "you will have, hopefully, fewer people playing politics."

"What we intend to do is go forward with a process after the first of the year and begin the opportunity to repeal and replace, so that will start shortly after we reconvene, after the swearing in," Senate majority leader Mitch McConnell told reporters on Capitol Hill, according to Talking Points Memo.

"Its gonna take us awhile to make that transition from the repeal to actually replacing it with more affordable health coverage, which provides people better access," said Senate majority whip John Cornyn. "There is a lot to do so it's not going to happen overnight."

Still, the general consensus seemed to be: repeal then replace.

"I'm from a state that has an expanded Medicaid population that I am very concerned about," West Virginia Sen. Shelley Moore Capito said. "I don't want to throw them off into the cold, and I don't think that's a strategy that I want to see. It's too many people. That's over 200,000 people in my state. So we need a transition. I think we'll repeal and then we'll work during the transition period for the replacement vehicle."

Wyoming Sen. John Barrasso blamed his Democratic colleagues — who "messed it up thoroughly over six years" — for the indeterminate amount of time between repealing Obamacare and replacing it.

"There’s not a quick 2,000-page replacement," he said. "It's an ongoing process. It's going to transition and take a number of years to do that."