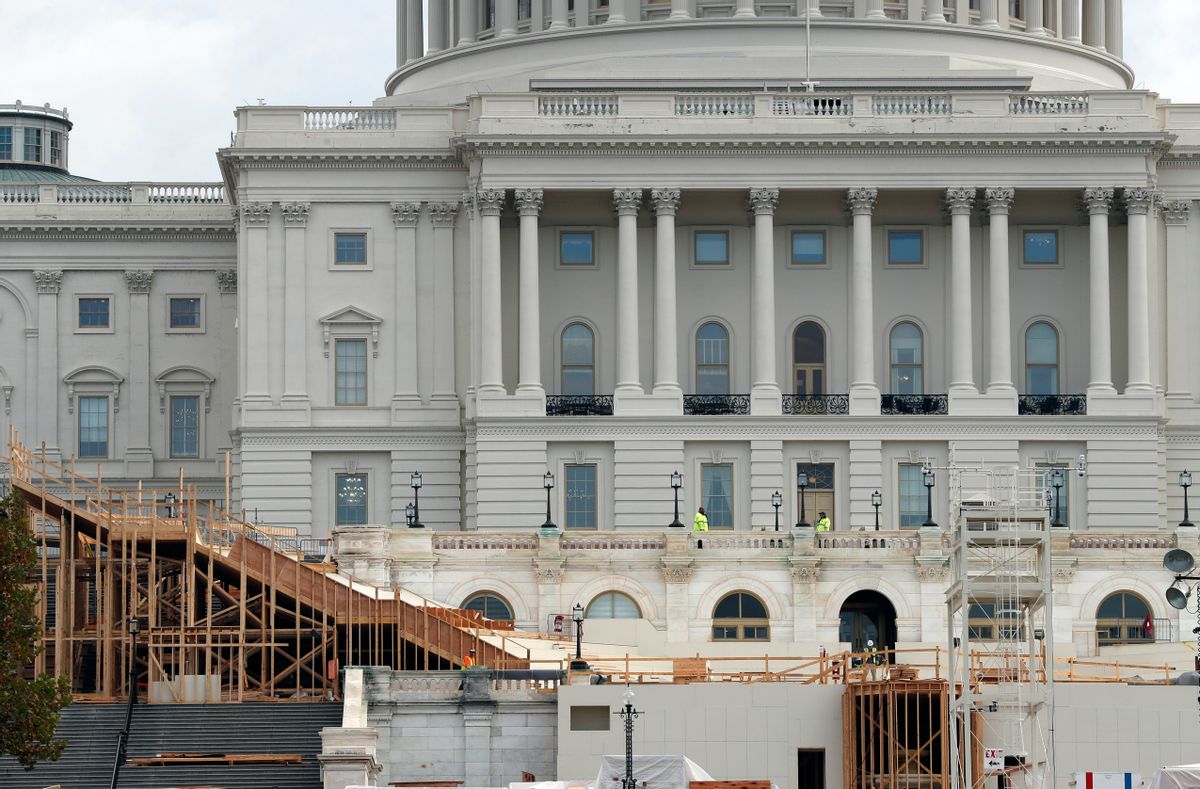 This article first appeared on the Center for Public Integrity

Donors in the “$1,000,000+” category will receive four tickets to a “leadership luncheon” billed as an “exclusive inaugural event” for donors in that category and featuring “select Cabinet appointees and House and Senate leadership to honor our most generous inaugural supporters,” according to a brochure obtained by the Center for Public Integrity.

They’ll also get four tickets to a dinner with Vice President Mike Pence and his wife, Karen, and eight tickets to a “ladies luncheon” billed as “an opportunity to meet the ladies of the first families.” In addition, they’ll receive tickets to a series of other dinners and receptions featuring Trump, Pence and other officials, and eight “premier access” tickets to a black-tie inaugural ball attended by the president, vice president and their wives.

The donor packages offer tickets to Trump’s swearing-in ceremony, although the packages include an odd caveat noting that “this congressional ceremony is not part of our official package; however, Presidential Inaugural Committee (PIC) will have access to tickets.”

The Center for Public Integrity confirmed the brochure’s authenticity with three sources familiar with the donor packages. Spokespeople for Trump, as well as Tom Barrack, the chairman of Trump’s inaugural committee, as well as other members of the committee, could not immediately be reached for comment.

Presidents have taken varied approaches to inauguration fundraising, and they’ve sometimes changed the rules from one inauguration to the other.

Trump has decided to accept corporate contributions, but not money from registered lobbyists, according to a report in the New York Times. Lobbyists have also been restricted from working on his transition team.

Inaugural festivities let big donors celebrate alongside the new president and mingle with incoming members of the administration.

“You can tell donors do get something out of it when you take a look at the funding sources,” said Craig Holman, a longtime government affairs lobbyist for nonprofit group Public Citizen, which advocates for limiting the influence of money in politics. “To throw a lot of money into a big party to welcome a new president, these corporations believe that is endearing them to the next administration.”

All the donor packages include “Priority Booking at Premier Inaugural Hotel(s),” allowing donors the chance to book prime hotel rooms (at their own expense, of course, and with a four-night minimum stay).

Packages are crafted for donors who contribute at least $25,000 to the inaugural committee, a nonprofit set up to raise money for the celebrations that traditionally accompany the swearing in of a new president. The nonprofit is required to disclose its donors but not until after Trump’s inauguration.

Not indicated on the brochure?

Whether one of those “Premier Inaugural Hotel(s)” might be the president-elect’s own newly opened Trump International Hotel, a luxury hotel located five blocks from the White House on Pennsylvania Avenue and along the inaugural parade route.