Dylan has the won't visit the White House blues 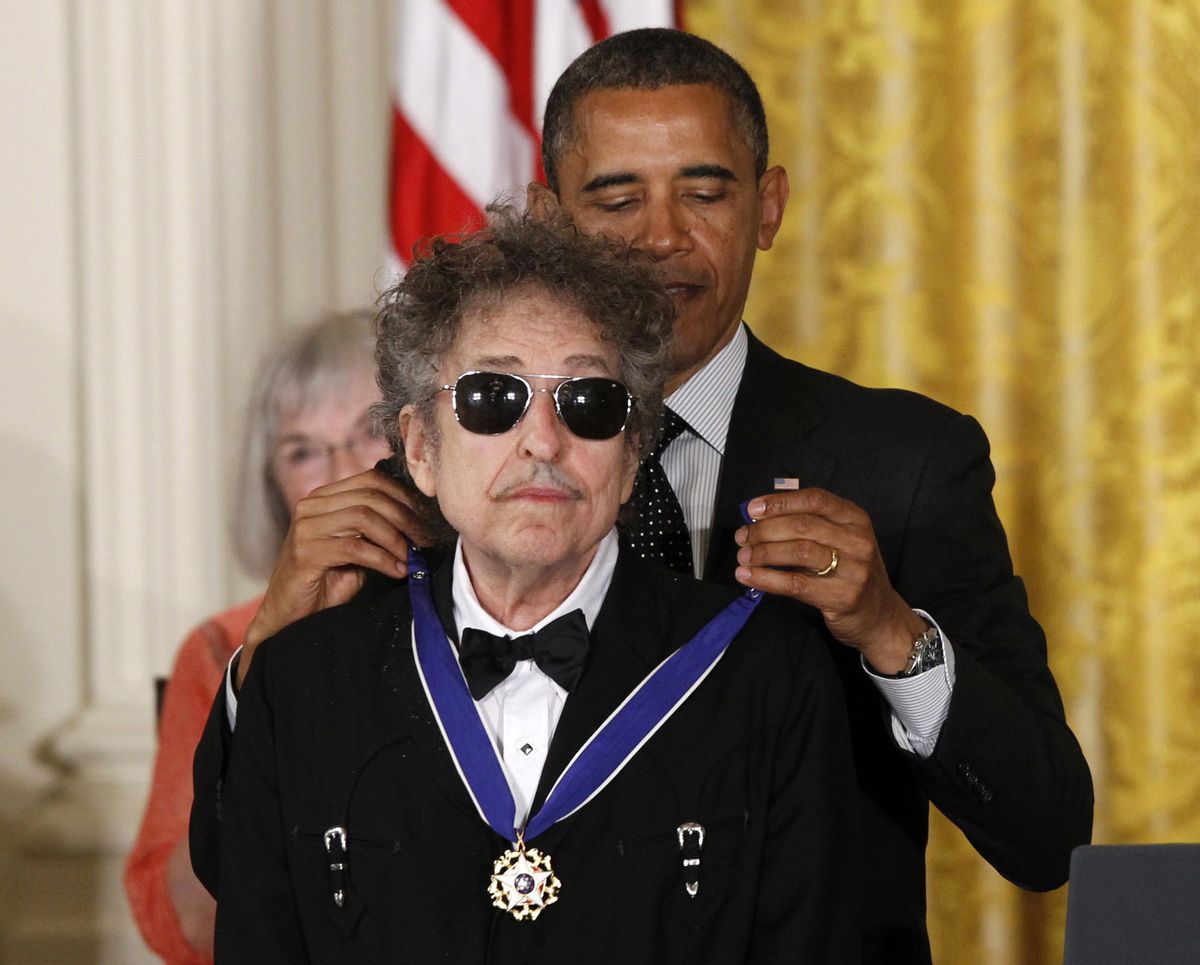 FILE - In this May 29, 2012, file photo, President Barack Obama presents rock legend Bob Dylan with a Medal of Freedom during a ceremony at the White House in Washington. Dylan won the 2016 Nobel Prize in literature, announced Thursday, Oct. 13, 2016. (AP)
--

WASHINGTON — Bob Dylan is not only skipping the ceremony in Stockholm awarding him the Nobel Prize in Literature, he's also skipping meeting with the president on Wednesday.

President Barack Obama is scheduled to meet with several American winners of the Nobel Prize before they officially accept their award. The White House plans to make a complete list of attendees available later.

But White House spokesman Josh Earnest says "unfortunately, for those of you wondering, Bob Dylan will not be at the White House today, so everybody can relax."

Earnest says Dylan didn't give a reason, but he notes that Dylan and the president had met previously and "the president enjoyed meeting him."

In 2012, Obama presented the singer-songwriter with a Presidential Medal of Freedom.