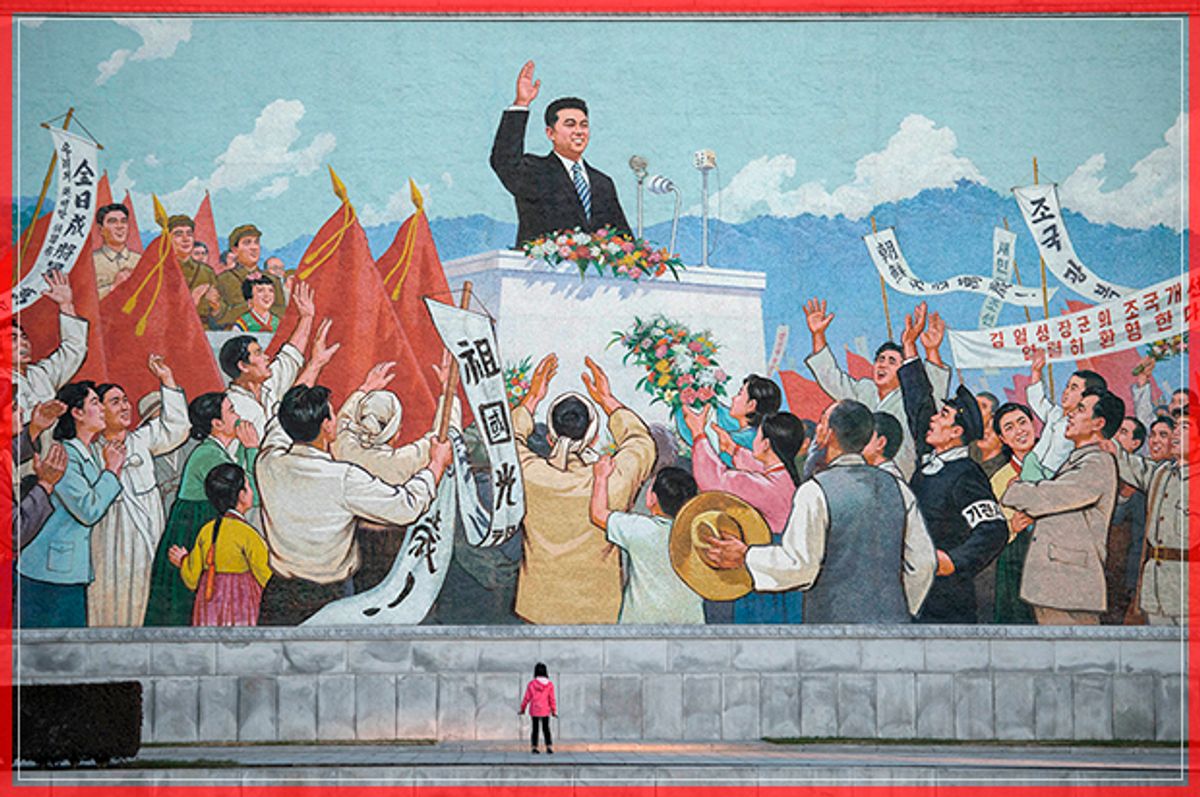 In times as sorrowful as ours, it's tempting to take solace in adorable animal photos, like this one of Walker the polar bear, who resides at Scotland's Highland Wildlife Park.

But then I remember that, as the park's website reminds us, "[Polar bears] need sea ice as a hunting platform to catch seals, but global warming is causing the ice to melt earlier each year." But we just elected a president that not only won't do anything to slow down global warming, but has promised to reverse the actions that President Obama did take to tackle the problem.

Everything sucks. This bear is cute. Too bad his species is in real danger due to human short-sightedness. For a community, a sports team is a common bond. In small towns, it's the high school team. In other cities, it's the local sports team. I can only imagine what the city of Chapecoense is going through right now.

Pyongyang, North Korea   Ed Jones/Getty
A child gazes up at a giant propaganda mosaic of the late ruler Kim Il Sung in Pyongyang A propaganda piece in Pyongyang strikes a stark contrast to the reality of daily life in North Korea. The country's "Outstanding Leader" enjoys adulation from his citizens. In fact, he demands it – or else. For those lacking in enthusiasm, Kim Jong-un has an anti-aircraft gun he's all too happy to repurpose.

One has to wonder what is in the mind of this young girl, as she peers at a larger-than-life mosaic of joyful and well-fed workers adoring their leader. Does the image represent the past or the future? Because it certainly does not depict the present.