No more reader-in-chief: After Obama, Trump the nonreader amounts a real national loss

It's not just Obama — JFK, Nixon, even George W. Bush valued books. We all lose when the president isn't a reader 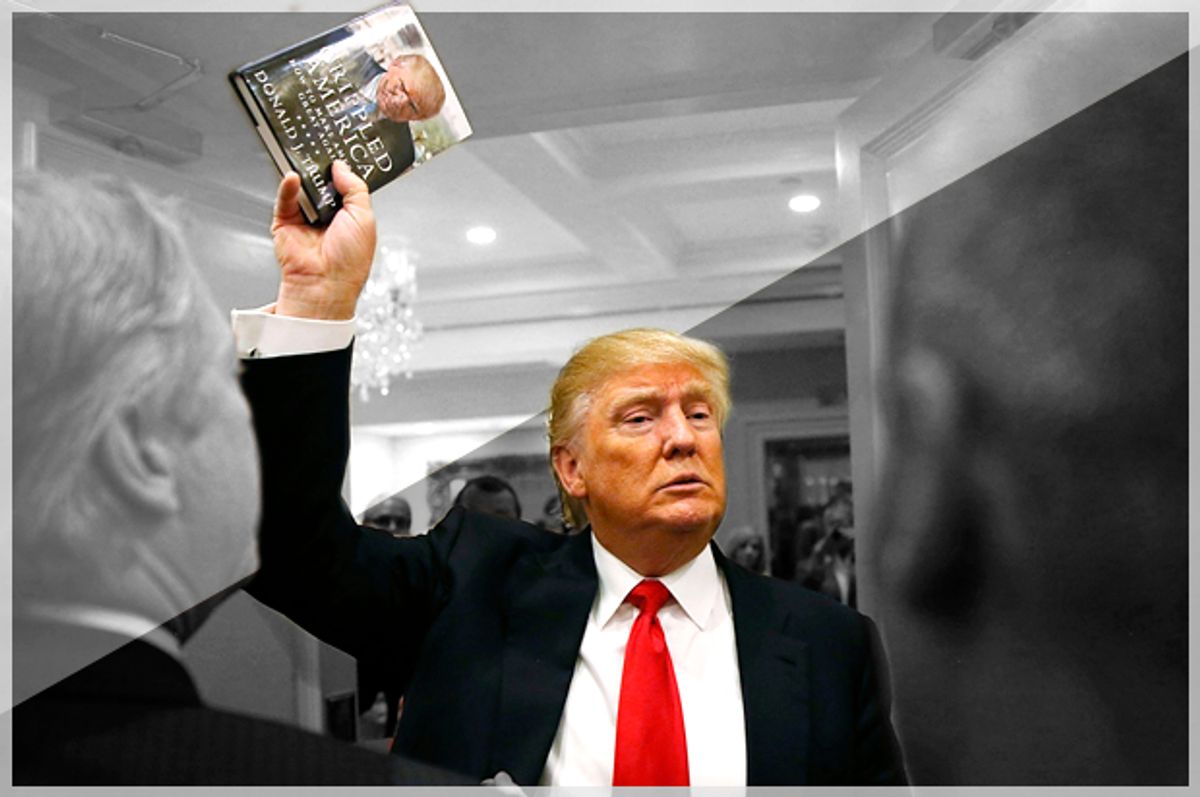 In the spring of 1962, as he contemplated sending troops to Laos and dreamed of a nuclear test ban treaty, the president John F. Kennedy was reading. Earlier that year Barbara Tuchman’s best-seller "The Guns of August" had been published to glowing reviews and Kennedy, an avid reader, was engrossed in the gripping narrative of a world war caused by miscalculations.

The book was an eye-opener for the young president, who had suffered international humiliation a year before at the Bay of Pigs, and he talked of little else that spring. He distributed copies among his aides and advisers and insisted that the book be sent to every U.S. military base in the world.

Kennedy’s reading choice was prescient. That October when the United States famously stood “eyeball-to-eyeball” with the Soviet Union during the 13 days of the Cuban missile crisis, he recalled the lessons of temperance and reflection learned from "The Guns of August."

“I am not going to follow a course which will allow anyone to write a comparable book about this time [titled] 'The Missiles of October,'” he told his brother, attorney general Robert F. Kennedy.

It turned out that no one had to: The nuclear crisis was averted in no small part because president Kennedy was both a reader and student of history. The premium that he and his wife placed on the arts, and the literary arts in particular, set a national standard that most successive administrations have followed to varying degrees.

Richard Nixon, for his part, prided himself on being a politician who was “a reader, not a buller,” as he put it. An encounter with a biography of Benjamin Disraeli led him, according to one historian, to pursue liberal policies — such as the opening of China — that would stun his political opponents. Jimmy Carter credited "Let Us Now Praise Famous Men," James Agee and Walker Evans’ seminal work chronicling the lives of impoverished Southern sharecroppers, with inspiring his entire political philosophy.

Ronald Reagan enjoyed popular fiction by Louis L’Amour and Tom Clancy but was so taken with Edmund Morris’ biography of Theodore Roosevelt that he selected Morris to pen one of his own life and presidency. Bill Clinton read widely and counted the poetry of William Butler Yeats and Ralph Ellison’s "The Invisible Man" among his favorites. Even George W. Bush, contrary to his popular image, devoured presidential biographies, particularly of Abraham Lincoln.

But the concept of the president as reader-in-chief increased exponentially in 2008 with the election of Barack Obama. A serious and gifted writer himself, Obama is widely known as a voracious reader. Throughout his presidency, he and the first lady have been staunch advocates of the literary arts, opening the White House to poetry jams and student readings and supporting independent bookstores like Washington’s Politics and Prose.

This commitment to literature would certainly have continued during the presidency of Hillary Rodham Clinton, an intellectually curious woman who often lists books by Barbara Kingsolver and Alice Walker as favorites. But the election of Donald J. Trump has endangered the presidential literary example established over the past five decades.

Numerous press accounts have detailed Trump’s aversion to sitting down with a book, either for pleasure or study. In fact, he has often boasted of rarely reading or preparing. In a summer interview with The Washington Post, Trump admitted that despite being the then-presumptive Republican nominee, he had never read a presidential biography and made little time for reading in general. “I never have,” he confessed. “I’m always busy doing a lot. Now I’m more busy, I guess, than ever before.”

One is tempted to give Trump credit for his candor. After all, some have argued, an insatiable reader does not a president make, and our republic has survived previous presidents who did not put much stock in reading and scholarship. But this is a different age, one accompanied by heightened expectations of what our president must do and represent.

Trump’s personal antipathy to reading might not have carried much symbolic value in the rarified world he inhabits as a businessman. But such a view is both hypocritical and damaging for a president who is the leader of the nation’s higher education policies. His disavowal of reading telegraphs to our children and society that books — and the people who write them — are not to be valued. It undermines the young artists who need to know that their craft matters and the teachers attempting to instill a respect for reading in their students.

In short, it sends the message that acquiring knowledge through slow, deliberate study is unnecessary. This sets a dangerous precedent. One can easily imagine a high school student refusing to read "The Crucible," saying, “Well, the president doesn’t read, so why should I?”

The answer is that reading builds understanding. It tears down walls instead of building them, and in this increasingly globalized and fractured world, we should all be reading more, especially our president. Make no mistake: Valuing literature and history will not be a political fail-safe for Trump or future presidents against making strategic miscalculations and policy blunders.

Not every president will have the rendezvous with destiny moment that Kennedy had with "The Guns of August," in which reading a book ultimately influences the outcome of history. But it will stand to make them more aware of historical patterns, of William Shakespeare’s admonition that “what is past is prologue.” And perhaps most important, the act of reading will encourage qualities that studies have shown often accompany reading: empathy, ethics, tolerance, open-mindedness and curiosity. Based on the actions and rhetoric he has displayed so far, Trump has plenty to learn.

Here is a brief and by no means comprehensive list of recommended books for the president-elect and anyone else:

Jason Howard is the author of "A Few Honest Words: The Kentucky Roots of Popular Music" and co-author of "Something’s Rising: Appalachians Fighting Mountaintop Removal." His work has appeared in the New York Times, Salon, The Nation, Sojourners and on NPR.