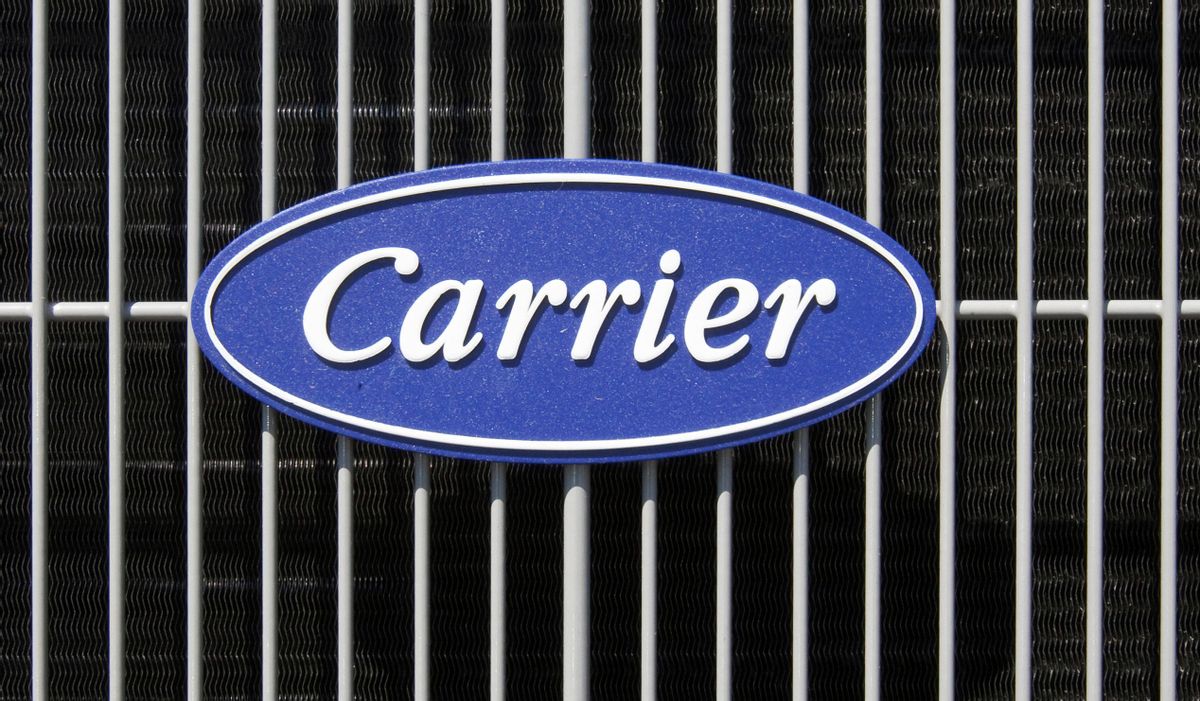 A local Indiana reporter, widely credited with spearheading the investigation into Carrier's intended exodus from Indianapolis that brought the issue to the attention of President-elect Donald Trump, was denied access to Trump and Carrier's congratulatory event on Thursday.

Trump traveled to the home state of his vice president-elect, Mike Pence, to announce that he had reached a “tremendous deal” with the manufacturing giant to keep around 1,000 jobs from moving to Mexico. The company had planned to close its Indianapolis plant and ship about 2,000 jobs to a new facility in Monterrey, Mexico, where it can get away with paying workers $19 a day, before it agreed to a vague plan to keep about half of the jobs in the U.S. for now.

As Salon's Gary Legum explained on Thursday, Trump's "tremendous deal" amounts to little more than massive tax breaks in exchange for a promissory note and opportunity to gloat:

In exchange for tax breaks that will cost the state of Indiana $700,000 a year for an unspecified number of years, Carrier will keep 850 manufacturing jobs in the state, along with 300 headquarters and engineering jobs that slated to move to North Carolina. About 1,300 jobs will still relocate to the glorious workers’ paradise of Mexico.

According to the Indy Star, Carrier was only pressured to make the announcement for fear that Trump, who had repeatedly targeted Carrier on the campaign trail, would pull back on federal contracts with United Technologies, Carrier's parent company, once he assumed office.

When Carrier CEO Bob McDonough had visited Pence's Indiana gubernatorial office, Sánchez had pressed the business executive whether he could live on the expected $3 hourly wage for Carrier's prospective Mexican employees, who would also lack health care benefits:

In a video posted to Twitter on Thursday, Sánchez explained that he was denied access to Carrier at perhaps its biggest moment in the national spotlight. According to Sánchez, while another RTV6 reporter and photographer had been approved, along with several other local journalists, his credentials to Trump's event at an Indianapolis plant were denied by Carrier executives.