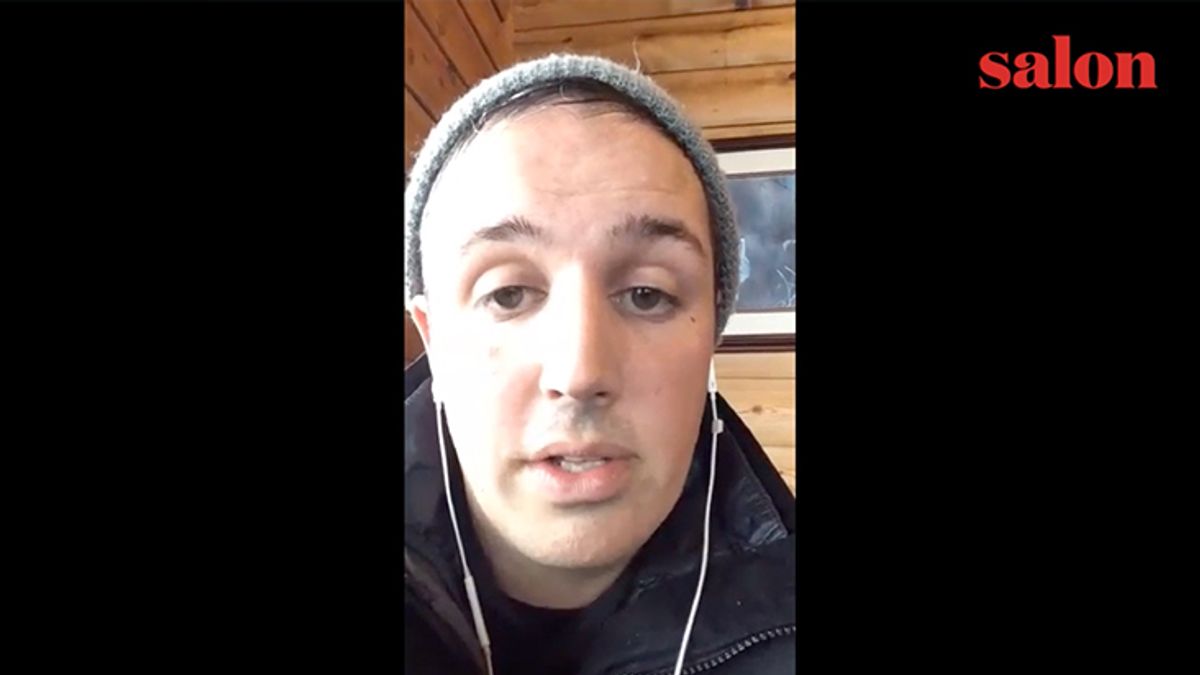 Matt Howard, co-director of Iraq Veterans Against the War (IVAW), called Salon by Skype last week. Howard apologized about the clanking dishes and Christmas music in the background -- he had gone to a diner in Mandan, North Dakota, to pick up a wifi signal.

Howard was in North Dakota this weekend with thousands of fellow veterans to support the "water protectors" standing peacefully against the Morton County Sheriff's Department and other law enforcement agencies, who are keeping protesters from accessing a controversial easement site along the Missouri River. That's where Energy Transfer Partners is attempting to complete the Dakota Access Pipeline, a controversial ongoing effort that pits Native Americans and their supporters against big energy.

On Friday, members of the camp, with an assist by IVAW, attempted to share some of their supplies with sheriff's department workers who had put out a request for prayers and goods to combat the bitter cold at the protest site. Their offer of goodwill was refused, said Howard. "The water protectors and heads of the Oceti Sakowin camp at Standing Rock wanted to show that even though they are being oppressed, they still want to help the guards."

In November, IVAW wrote a letter to the Army Corps of Engineers, who have the authority to grant permission for Energy Transfer Partners to continue pipeline construction, asking the corps to honor Native American treaty rights and sovereignty, and to provide fair treatment of indigenous people protecting their water source. They wrote, "We call upon the USACE to uphold American democracy by denying permits for the Dakota Access Pipeline. We must respect the laws that protect the land of first nation peoples particularly with regards to how many treaties have been broken against them. We support your decision to honor the sovereignty of the Standing Rock Sioux Nation and evaluate the pipeline by considering both its environmental impact and the role of the U.S. military in the dispossessions of Indigenous lands throughout American history."
Howard said on Friday that after the considerable snowfall of last week, planes and helicopters that had been flying over the camps "nonstop" had been grounded, a kind of calm had settled in, and press and supplies were being allowed along the main highway from Bismarck. But the situation remains muddled: On Saturday, Charlie May, a Salon correspondent currently on the scene at the Standing Rock Indian Reservation, reported that police had closed Highway 1806, the main road to Cannon Ball, the reservation's principal town.