Trump took to Twitter to whine about Baldwin's portrayal of him again: Danielle Muscato tells him where to put it. 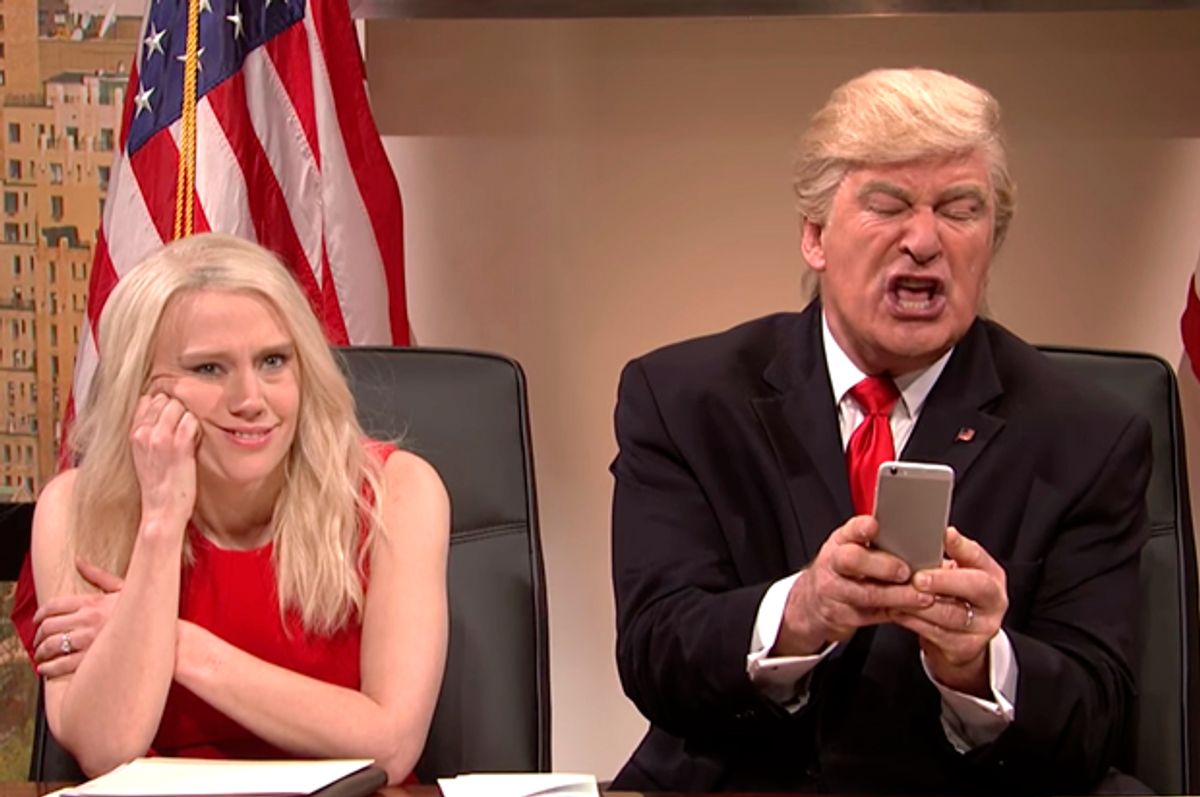 Just when you thought the wee hours of Sunday morning would be uneventful, Donald Trump set in motion a Twitter rant by one Danielle Muscato, a self-described trans woman who "can't transition. Part of reason? Lack of access to affordable med care, "gatekeeper" access to HRT, @GOP obstruction." Muscato went on to destroy Trump in an epic Twitter response that went viral between early this morning and later today.

Picked up by many media outlets, expletives included, Trump has as of this writing been silent by reply. Can't any one of the myriad smart people who work for him get him to stop making things worse? Kellyanne Conway is probably hiding in her walk-in closet this afternoon, and who can blame her? The outspoken Muscato called Trump out on racism, sexism, white privilege and more, emasculating the towheaded tycoon at every turn.

Jesus fucking Christ, @realDonaldTrump. You are the president-elect. Pick your fucking battles, man. You're embarrassing yourself.

.@realDonaldTrump=TELLING US he'll suppress votes. Our democracy is at stake. We cannot wait,let him enact policy, then whine—We must resist

We CANNOT "wait and see." @realDonaldTrump is telling us, here and now, what he is going to do. BELIEVE HIM.

@realDonaldTrump We see you, Donald. We know exactly what you're doing & it's not working on us. You're a disgrace & you should be ashamed.