"The white working class is about to be betrayed," Krugman declares in his The New York Times column 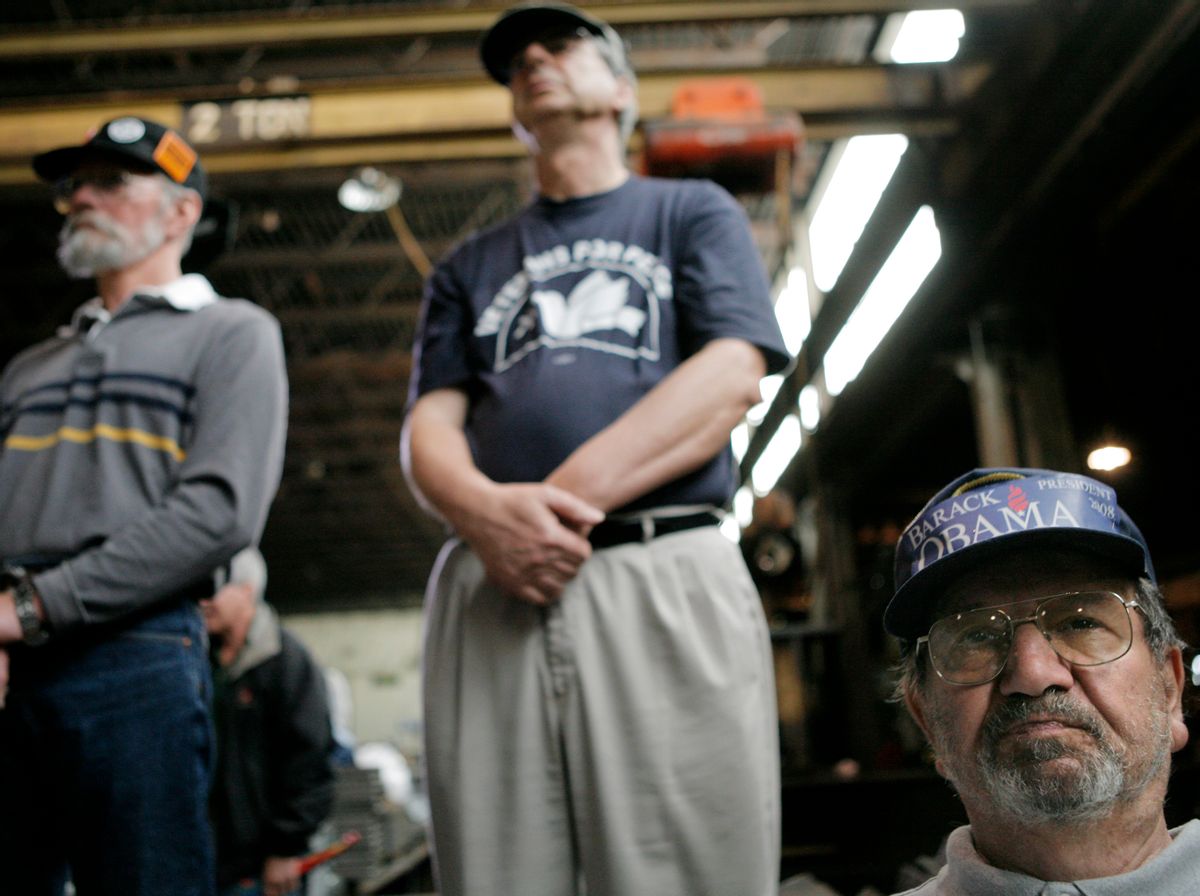 Paul Krugman writes in Friday's column that Donald Trump's white working-class supporters won't be celebrating for long. Just three short weeks after the election, the president-elect has already shown clear signs that his concern for their welfare is about as real as Trump University's concern for its students.

"The white working class is about to be betrayed," Krugman declares in no uncertain terms. "The evidence of that coming betrayal is obvious in the choice of an array of pro-corporate, anti-labor figures for key positions. In particular, the most important story of the week — seriously, people, stop focusing on Trump Twitter — was the selection of Tom Price, an ardent opponent of Obamacare and advocate of Medicare privatization, as secretary of health and human services. This choice probably means that the Affordable Care Act is doomed — and Mr. Trump’s most enthusiastic supporters will be among the biggest losers."

How so many people were convinced to vote against their own interests is a story for another day, but they are about to learn a hard lesson about voting to blow up the whole flawed system to install a charlatan at its helm. But back to healthcare: all the Republican talk of repealing and replacing Obamacare has always been a fraud in Krugman's view. Obamacare is imperfect, yes, but it looks how it looks out of necessity: "You can’t cover Americans with pre-existing conditions without requiring healthy people to sign up, and you can’t do that without subsidies to make insurance affordable," Krugman points out.

The choices are stark: They can do away with Obamacare, costing millions their healthcare lifeline, or replace it with something very similar and somehow spin it as entirely new and better.

Either way, you can bet the working class won't be the beneficiaries.

Here's how Krugman knows Trump supporters will be among those hardest hit:

You can see why by looking at Census data from 2013 to 2015, which show the impact of the full implementation of Obamacare. Over that period, the number of uninsured Americans dropped by 13 million; whites without a college degree, who voted Trump by around two to one, accounted for about eight million of that decline. So we’re probably looking at more than five million Trump supporters, many of whom have chronic health problems and recently got health insurance for the first time, who just voted to make their lives nastier, more brutish, and shorter.

Why did they do it? They may not have realized that their coverage was at stake — over the course of the campaign, the news media barely covered policy at all. Or they may have believed Mr. Trump’s assurances that he would replace Obamacare with something great.

Nor should they put much store in those great manufacturing jobs coming back. Krugman is convinced they were lost thanks to technology and are gone for good. That's why the safety net is so important.

Trump will try to distract from his betrayal of his base, as with the showy announcement of the Carrier deal this week, which is not what he presents it to be. "Mr. Trump didn’t 'stand up' to Carrier — he seems to have offered it a bribe," Krugman writes. "And we’re talking about a thousand jobs in a huge economy; at the rate of one Carrier-size deal a week, it would take Mr. Trump 30 years to save as many jobs as President Obama did with the auto bailout; it would take him a century to make up for the overall loss of manufacturing jobs just since 2000."

Krugman ends on a somber note, writing, "If and when the reality that workers are losing ground starts to sink in, I worry that the Trumpists will do what authoritarian governments often do to change the subject away from poor performance: go find an enemy."

Trump's Twitter rant about flag-burners was no accident, it was a distraction ploy.