If Christie were being graded as a student, he'd be getting Ds and Fs from his constituents 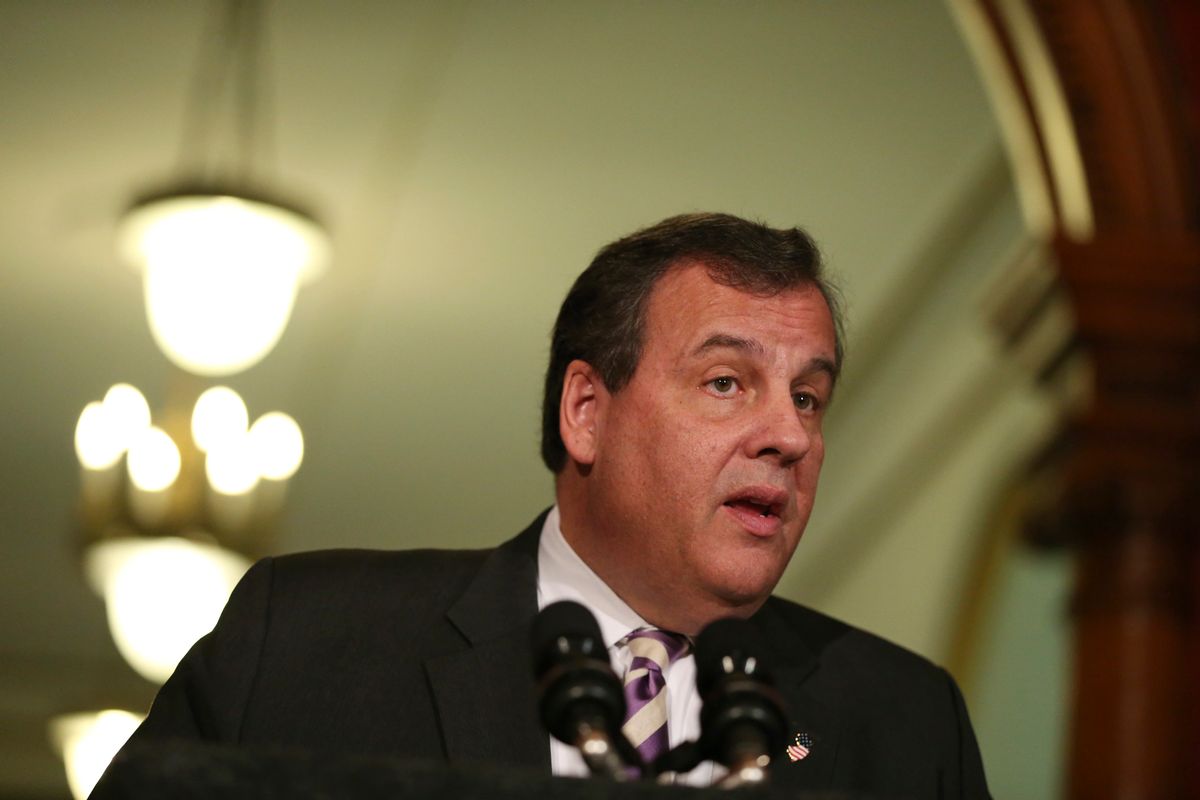 New Jersey Gov. Chris Christie stands in the Statehouse rotunda as he announces that work will begin immediately on a complete renovation of the building, Tuesday, Nov. 29, 2016, in Trenton, N.J. Christie said the current condition of the Statehouse is "shameful" and notes that there hasn't been a major upgrade since 1958. Parts of the building date to the 18th century. The Republican governor said that staff will be moved into other office space by July for a four-year, $300 million project. (AP Photo/Mel Evans) (AP)
--

Polls released Tuesday found that the New Jersey governor's approval ratings are the lowest in the state for for any governor in over 20 years.

A Quinnipiac University poll released Tuesday revealed that a meager 19 percent of New Jersey voters approve of Governor Chris Christie, and only 3 percent of voters would give Christie an "A" for what he's done in the state.

“If Christie were a student, his marks would be terrible, mostly D and F,” Assistant Poll Director Maurice Carrol said.

Chris Christie has a 19% approval rating in NJ —the lowest rating for any gov in any state in more than 20 years of Quinnipiac state polls. pic.twitter.com/guGA7lumph

The Quinnipiac poll showed 77 percent of voters disapproved of the job Gov. Christie is doing in New Jersey. A Farleigh Dickinson University poll set the Bridgegate governor's disapproval rating at a slightly less embarrassing 73 percent, and his approval rating at 18 percent, one point less than Quinnipiac.

“How the mighty have fallen. Remember four years ago, when Republican leaders were pleading with New Jersey Gov. Christopher Christie to run for president and he looked like a sure thing for reelection — which he was? Now the neighbors have handed him the most dubious of honors, the lowest approval rating ever measured for a governor in the states surveyed by the Quinnipiac University Poll,” Carroll said.

This year, Christie's approval rating have shown a steady decline, from 29 percent in May, to 21 percent in an October FDU poll, and 19 percent in December. Christie dropped out of the presidential race in February, and reelection in New Jersey looks bleak. Gov. Christie is apparently being cold shouldered for a position in the Trump Cabinet, but has hungry eyes for the RNC chairmanship.

Though no runners for the 2017 New Jersey elections have been announces, 44 percent of voters told Quinnipiac they would be voting for the mystery Democrat.