When the president-elect kept saying he'd saved 1,100 jobs, he was accidentally including 350 safe R&D jobs 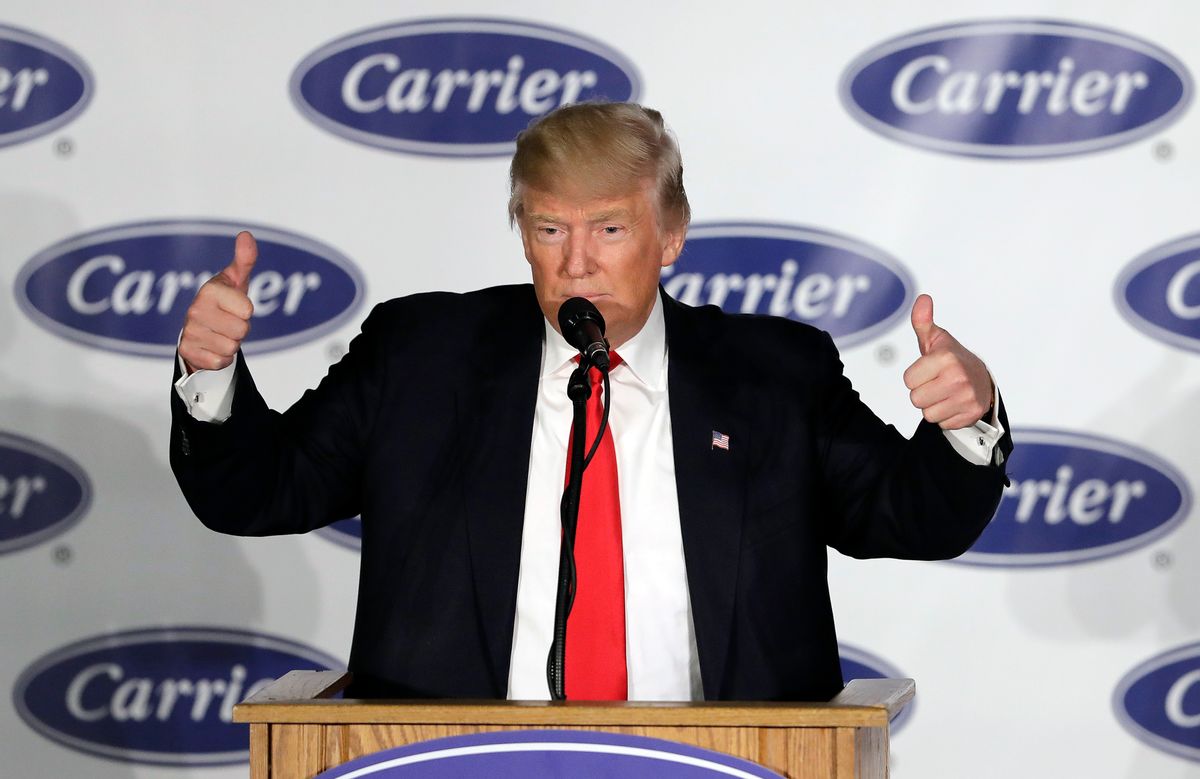 Donald Trump's Carrier deal was too good to be true.

Speaking during his visit to a Carrier plant in Indianapolis on Thursday, the president-elect thrice promised "a minimum" of 1,100 jobs would be saved. Employees learned on Monday, however, that the figure is closer to 730. Trump was apparently including in his estimate 350 research and development jobs that weren't ever in danger of offshoring.

"We found out today that more jobs are leaving than what we originally thought," Carrier employee and communications representative for United Steelworkers, Local 1999, T.J. Bray, told Indianapolis NBC affiliate WTHR. "It seemed like since Thursday, it was 1,100 then it was maybe 900 and then now we're at 700. So I'm hoping it doesn't go any lower than that."

"We're happy the jobs are saved," he added, "but at the same time, we're discouraged and upset we can't save all of them."

In February, Carrier announced it was offshoring 2,100 production jobs to Monterrey, Mexico — 1,400 at the Indianapolis plant and 700 at its Huntington, Indiana, plant. The Huntington plant will be shuttered.

Indiana Gov. and Vice President-elect Mike Pence offered United Technologies, Carrier's parent company, $7 million in tax incentives to keep the Indianapolis plant open and only offshore about 600 jobs. USW was left out of the negotiation process.