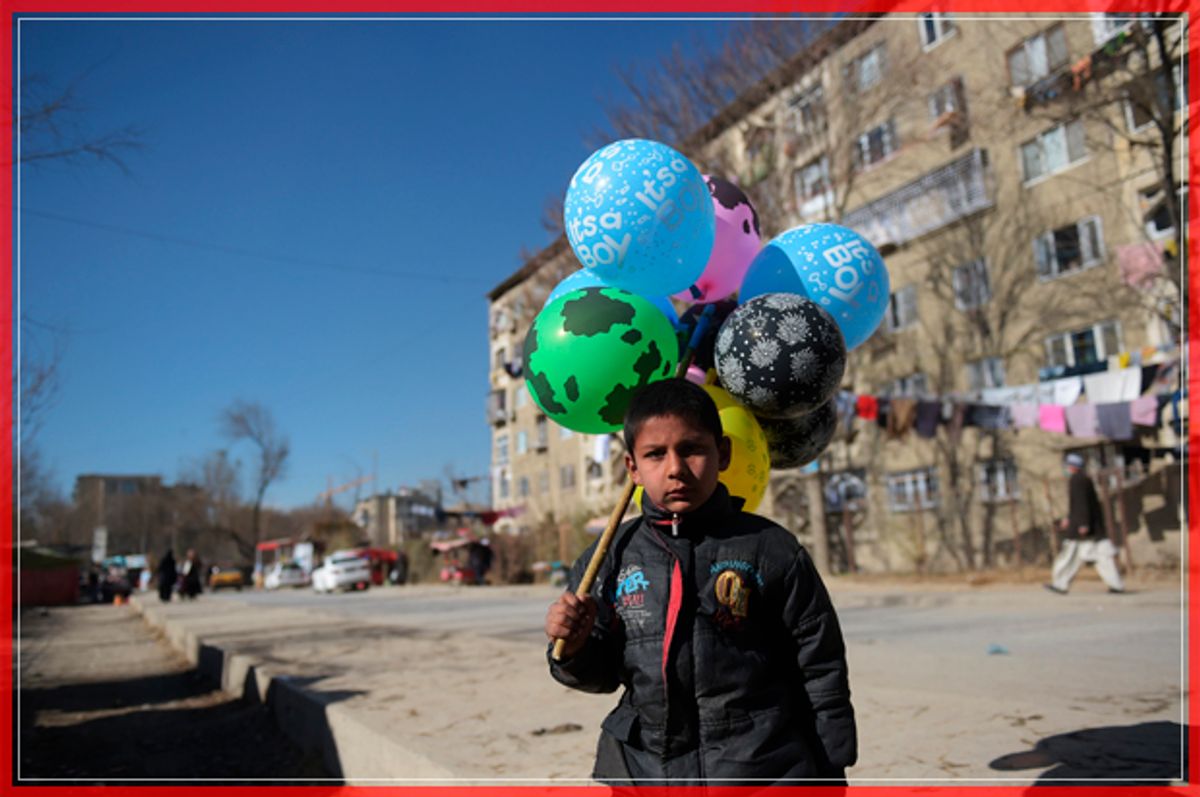 Saint Nicholas Day is a pre-Christian gift-giving holiday celebrated across Europe on December 5, during which a benevolent figure dressed in some variant of the universally recognizable garb of father Christmas doles out treats to good children. Then there’s this guy. In the evening during the week leading up to Saint Nicholas Day Krampus roams the town rattling rusty chains and bells, often carrying a sack into which he is said to deposit naughty children who are never to be seen again. Rather than, gifts Krampus delivers lumps of coal and rotten bundles.

Lens, France   Denis Charlet/Getty
A sculpture by the Swiss artist Markus Raetz is displayed at the Louvre-Lens museum in France Is it a man in a top hat? or a rabbit resting on its haunches?

Artwork like this piece reminds me of the importance of acknowledging perspective. It reminds me that perspective is never wrong, but it is also never the absolute truth. Many will agree Raet'z piece is both man and rabbit. It is likely that some will decide it is a man without looking in the strategically placed mirror. Yet, others may take the mirror as truth and decide it is a rabbit. And to someone, the sculpture may not register as either.

As we also witnessed in the war over "the dress" meme in 2015, blue-and-black versus white-and-gold divided the Internet. But perspective can divide more than just the world wide web or museum-goers—as art imitates life— it can even divide nations.

Raetz's piece will be on display through next September at the Lourve-Lens in France.

Loon-Plage, France   Phillipe Hugen/Getty
Chickens in a henhouse in Loon-Plage, a French commune in northern France I'll ignore the bird flu aspect of this photo and instead say how tasty these chicken look. I mean, c'mon. Just imagine them deep-fried on a plate next to a perfectly buttered biscuit. Funny to think I was once vegan. For many children the idea of a balloon conjures up delightful thoughts of birthday parties. And when a balloon is freed from its cumbersome tether, there's a chance to play that game of catch that inevitably leads to a sad pop. This child in Kabul seems sad for another reason: Perhaps it's because he is not free to play but rather is tied up in a sales role, marketing these elastic expressions of joy.