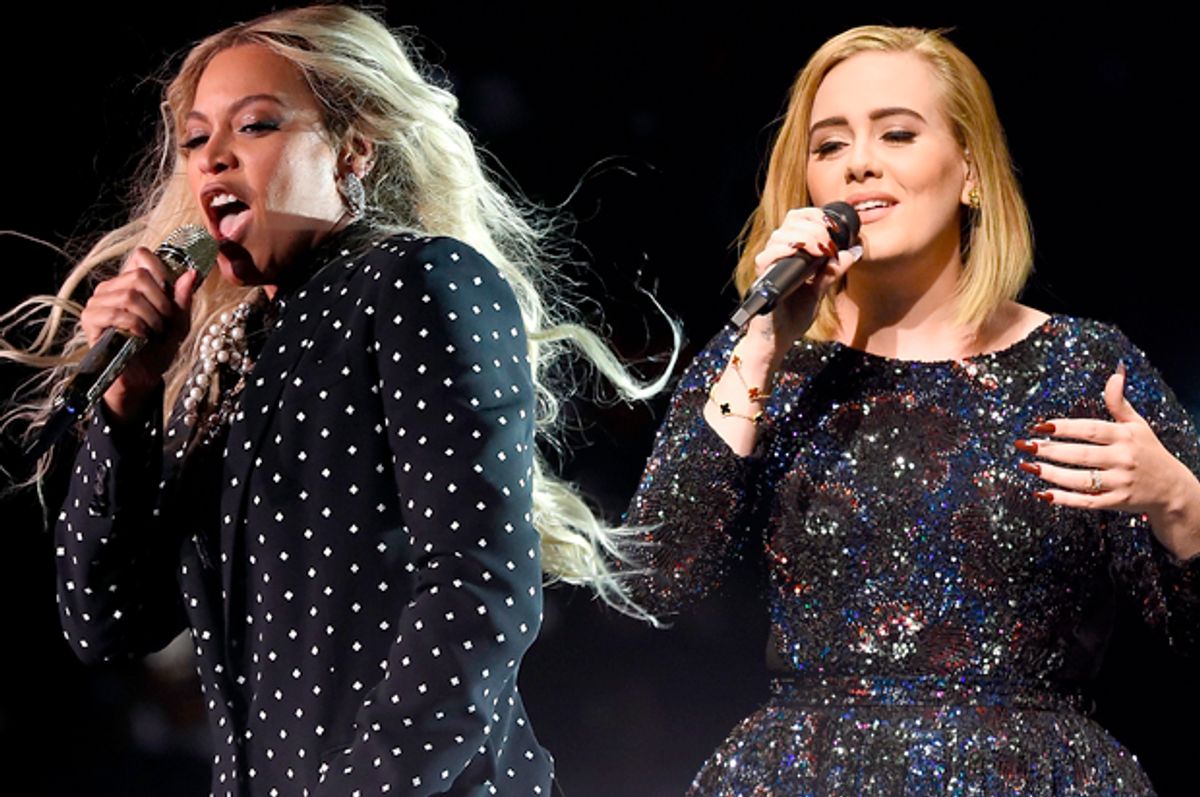 The nomination of Grammy awards works like this: Members of the National Academy of Recording Arts and Sciences (media companies, artists and other industry professionals) enter music for consideration. Entries are considered in reviewing sessions of 150 recording industry "experts." Voting members cast nominations for the awards’ various fields (with a few limitations). The nominations go to the five selections in a given category with the most votes.

That the process is so thorough and involves so many people who should theoretically be intimately in touch with popular music is astounding — not as a feat of human ingenuity but because somehow the process each year does a disservice to hip-hop, which for some time now has, you know, been pretty central to what's popular.

“Views” was fine — not offensive to the ears but also not exceptional in any way.  It was one of Drake’s weaker efforts: lines flopped (“Always saw you for what you could've been/ Ever since you met me/ Like when Chrysler made that one car that looked just like the Bentley” on “Keep the Family Close”), beats were dry.

The album is particularly unimpressive next to Chance the Rapper’s “Coloring Book,” which was woefully underrepresented in the nominations. The dizzying brightness and earnest curiosity of “Coloring Book” makes “Views” sound particularly gray and pallid.

There were other great hip-hop records, too: Vince Staples’s “Prima Donna,” A Tribe Called Quest’s “We Got It from Here. . . Thank you 4 your Service,” Anderson .Paak’s “Malibu.” But the Grammy awards team (or those nameless industry executives who vote) is unconcerned with what’s unfamiliar, what’s not played on the radio. If it’s not Drake or Kanye or Macklemore, hip-hop is invisible to it.

Ultimately, it’s just a ridiculous awards ceremony and fans shouldn’t put so much stock in the nominations or the results. But when the industry sets such an unimaginative standard — one that indicates that maybe its experts don’t listen to much music — it’s a little disappointing.

For the sake of quality — and Kanye West’s fragile psyche — hope that Beyoncé’s “Lemonade” is awarded best album honors; don’t be surprised when the academy chooses Adele’s “25,” though. It’s more familiar.