BULLSH**TER OF THE DAY: Donald Trump, for downplaying his influence on a fractured nation 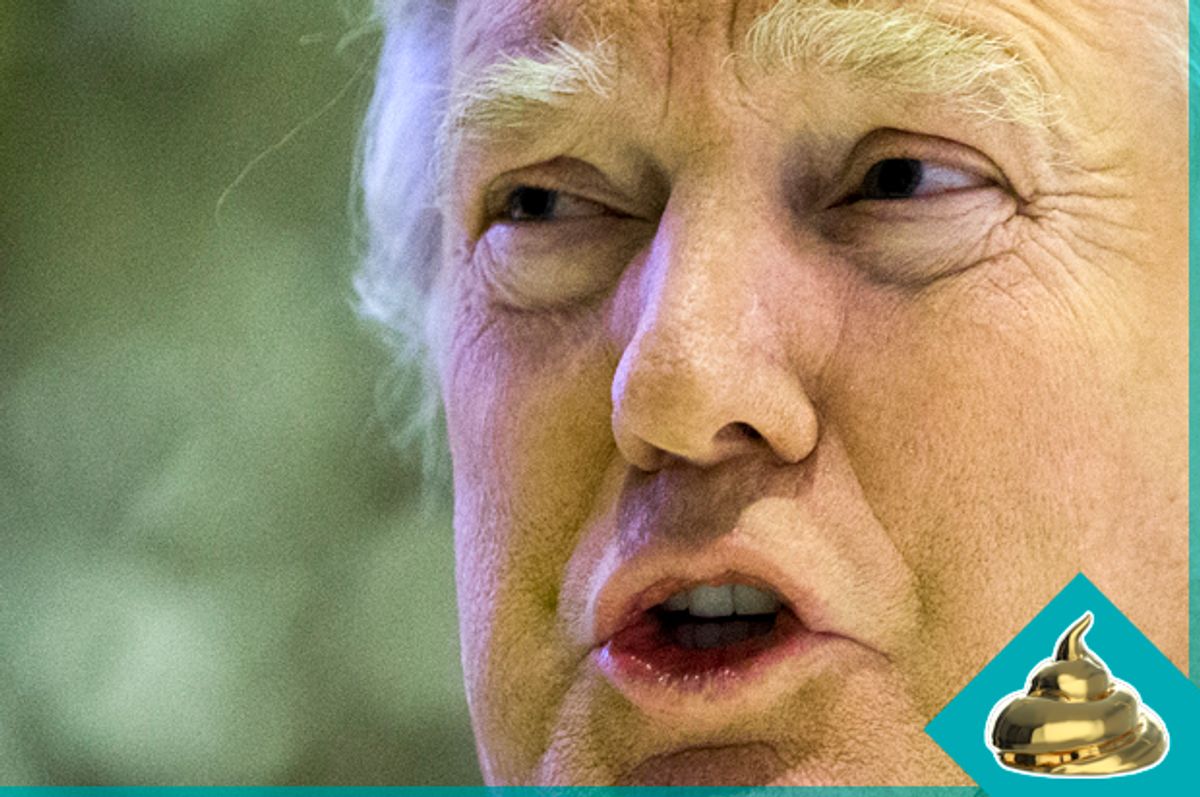 "It is a great honor. It means a lot especially me growing up reading Time Magazine . . . When you say divided states of America, I didn't divide them . . . I think putting divided is snarky. I’m not president yet, so I didn’t do anything to divide"

Twitter-addict, pathological liar and next president of the United States, Donald Trump.

Time magazine revealed today that Donald Trump is 2016's person of the year, with a cover reading "Donald Trump: Person of the Divided States of America." Of course, Trump's narcissistic ego wasn't all too pleased with that subtitle.

I think if there is something all of America can agree on, it is that the country is divided. Trump's demagogy and populism have ignited a sense of division and has promoted violence against minorities and resentment towards big chunks of the population. So no, no merit at all.

Oh, and by the way, "a great honor?" You do know Hitler was man of the year in 1938, right, Donald? And last year, when you whined about not getting the title, do you know who else was a runner-up? Abu Bakr al-Baghdadi, the head of ISIS.

Of course not. He's an unstoppable bullshit machine, and his trail of turds has been covered extensively on this and every other media site out there. To focus just on this very interview, he says he believes in free trade but then argues for tariffs. Does he even know what "free trade" means? (clue: try removing tariffs). It should surprise nobody that Donald Trump was our inaugural Bullshitter of the Day for a thoroughly surreal campaign promise he made. That time, we were amused. Now we're terrified.

Bullshitter Of The Day Donald Trump