Catholicism at a crossroads: What does it mean now that Pope Francis gave priests the ability to forgive abortions? 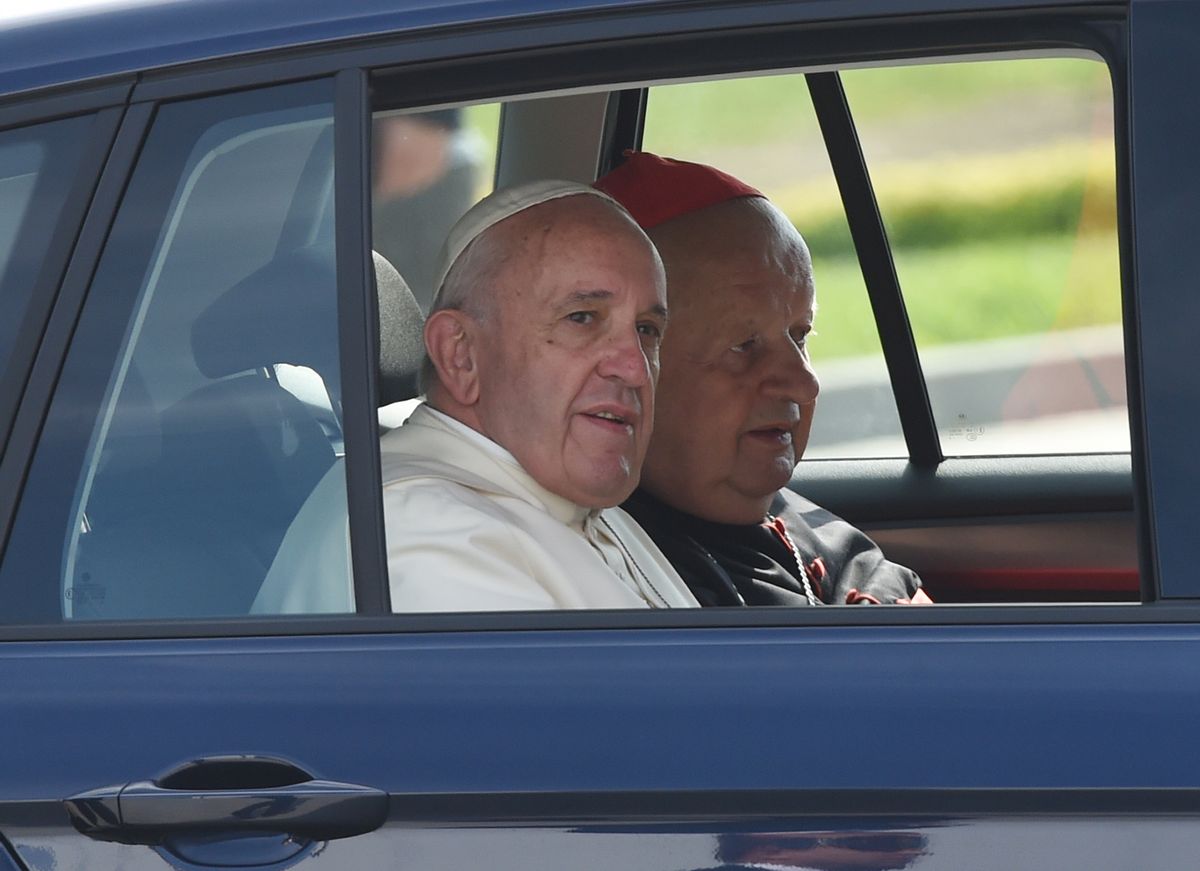 In this July 31, 2016 file photo pope Francis and Krakow cardinal Stanislaw Dziwisz, right, are arriving in a navy blue Volkswagen Golf car to celebrate a Holy Mass there. The car, along with two other similar VW Golf care that Francis was driven in in Poland has been put on auction by a Polish Catholic Church charity to raise funds for a mobile clinic for Syrian refugees in Lebanon and for a shelter for the disabled in Poland. (AP)
--

The Roman Catholic Church will allow priests all over the world to grant forgiveness for abortion. This announcement came from Pope Francis at the end of the Jubilee of Mercy – a holy year dedicated to forgiveness.

When the holy year concluded on Nov. 20, Pope Francis made permanent the permission that he had provisionally given priests to forgive the sin of “procuring abortion” through the sacrament of reconciliation, more commonly known as “confession.”

Numerous questions were raised following the pope’s decision: Could priests not forgive abortions already? Or, is the pope softening the Church’s stance on abortion?

As a Catholic academic who studies the diversity of global Catholicism, I believe the pope’s actions are significant: The pope is ratifying a practice that is already in place in much of the Catholic world; he is also broadening the possibilities for Catholic priests to show care for the laity under their charge.

The first thing to appreciate is that abortion has a complex place not just in broader Catholic understandings of sin, but in the Church’s complex legal codes.

It is also important to understand that in context of abortion the sin is “procuring abortion” – not just “abortion.” It includes, potentially, not just the one who carries out the abortion, but also the woman who obtains the abortion (if she does so as a conscious act, freely, knowing that it is wrong or sinful) and others who aid and abet the process.

Throughout Catholic history there has been periodic debate over when “ensoulment” of the fetus occurs. For example, and most famously, St. Thomas Aquinas, one of the foremost shapers of Catholic doctrine in the period following the Middle Ages, argued that ensoulment actually occurs for boys at 40 days after conception, and at 80 days for girls.

Nonetheless, abortion itself has been routinely condemned, from early Christian councils in A.D. 305 to the present day. In 1588 Pope Sixtus V attached the penalty of excommunication to abortion in his “Papal Bull,” an official letter from the pope. Pope St. John Paul II, Pope Benedict XVI and Pope Francis have also all emphasized abortion as among the gravest of sins.

When the pope extended the authority of priests to forgive the sin of procuring an abortion, he was addressing a crucial distinction in the law of the Roman Catholic Church. Canon law, the official law or “canons” of the Catholic Church, makes a distinction between a “sin” and a “crime.”

A “sin” is an act committed with “full knowledge and consent” that goes against God’s will: Sins, particularly mortal sins which endanger a person’s salvation, such as murder, theft and adultery, are normally “absolved” or forgiven when a person confesses his or her sins to a priest. This, in the Catholic Church, is the “sacrament of reconciliation.”

A “crime” is a transgression of law that carries with it a particular canonical, or legal, sanction. For example, in addition to procuring abortion, attacking the pope, ordaining women to the priesthood and violating the confidentiality of the confessional would be considered “crimes” according to Catholic canon law.

Abortion – both sin and crime

So, from a Catholic legal perspective, not all sins are crimes, but all crimes are sins.

Procuring abortion, as canon lawyer Edwin Peters makes clear, is treated as both a sin and a crime under Catholic legal codes. As a sin, procuring an abortion must be confessed to a priest.

But as a crime, procured abortion carries with it the penalty of “latae sententiae excommunication”: that is, automatic expulsion from the Catholic Church. Only sins that are also crimes incur automatic excommunication, although one can be excommunicated through a formal process for other reasons – something that is very rarely done nowadays.

The fact that procuring an abortion is both a sin and a crime places those wanting to confess in a peculiar bind: They cannot be absolved of the sin without confessing before a priest. However, since they have been automatically excommunicated, they are denied access to the absolution of sins granted in the confessional.

In 2009, for example, the family of a nine-year-old girl in Brazil who had an abortion after having been raped by her stepfather was excommunicated by the local bishop, as were the doctors who performed the procedure. While the bishop’s decision brought a huge backlash among rank-and-file Catholics, it was formally consistent with the letter – if not the spirit – of Church law.

What Pope Francis is doing is allowing priests to simultaneously lift the penalty of excommunication and absolving someone who confesses to procuring an abortion. In other words, the intervention of the local bishop is no longer necessary.

In many parts of the Catholic world, the pope’s decision actually does not change anything. For example, in most American dioceses priests already have the permission to do exactly what Pope Francis is allowing: to lift the penalty of excommunication and absolve the sin of procuring abortion.

So, perhaps the most relevant questions are, “Why is Pope Francis doing this now and what difference does it make?”

On one level, Pope Francis is extending a practice that has now become common in many places and making it universal throughout the Catholic Church: not all Catholic dioceses or bishops allow their priests to lift excommunication along with absolving the sin of procured abortion. As the 2009 Brazilian case makes clear, that authority is not in place in many dioceses.

But on another level, Pope Francis’s act is encouraging priests to be more sensitive to context of their parishioners’ lives, as in the case of the nine-year-old girl, and to rely less upon legalistic formulas and definitions when it comes to dealing with the complex realities of human life.

In the United States, for example, Catholic women tend to obtain abortions at a greater rate than Protestant women. In 2014, 24 percent of U.S. abortion patients identified as Catholic.

Given the strong prohibition against abortion in the Catholic Church, it is clear that a significant number of Catholic women in the United States believe that an abortion is a personal decision that reflects their own assessment of what is not only in their best interest but also in the best interests of their families.

A path for the church to be more merciful

While Pope Francis’ decision in relation to abortion is not surprising in and of itself, it is part of an overall approach to Catholic teaching and practice that seeks to make it more humane, more merciful and more easily adaptable to the vicissitudes of everyday human life.

And just as this approach has many supporters who value flexibility and sensitivity, it also has detractors who value the clarity and cogency of timeless truths that allow no variation in their application and enforcement.