Democrats must own their values, Tea Party-style, not shift even more toward the mushy middle 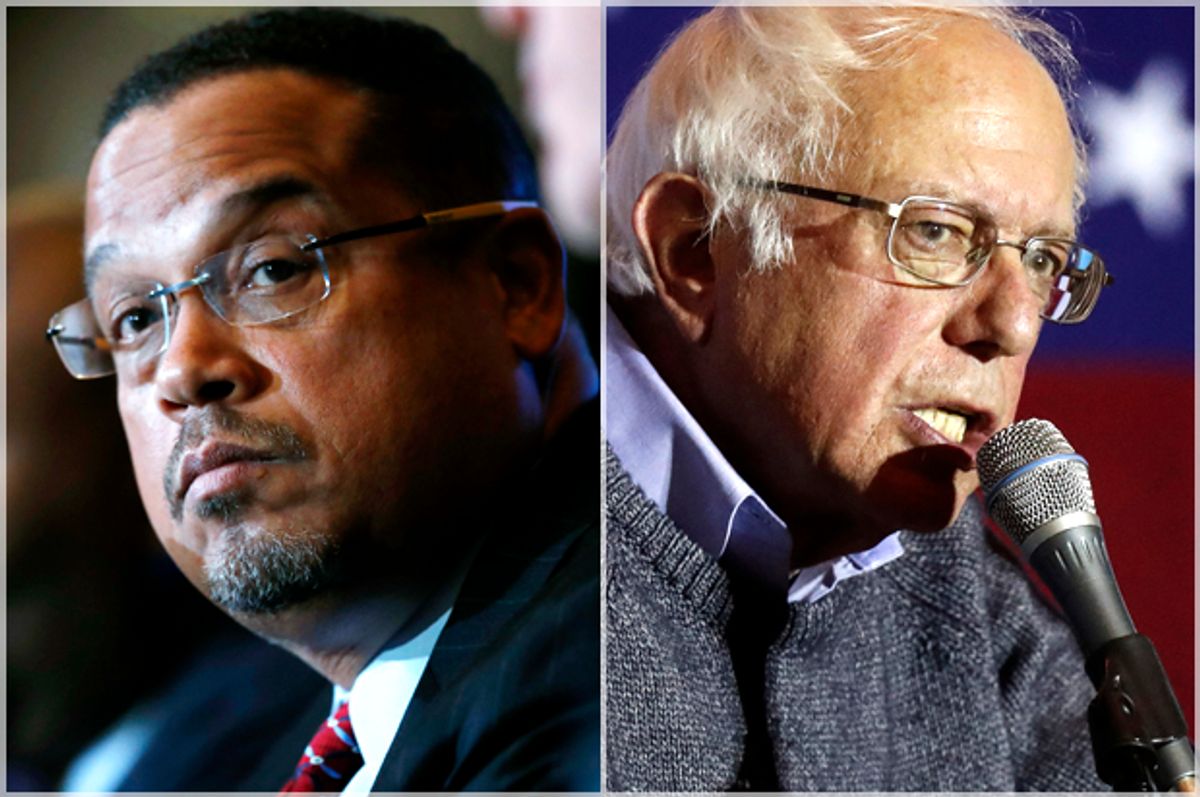 There’s a tradition in Beltway circles that whenever the Democrats suffer a harrowing electoral defeat, it’s because their party didn’t do enough to win moderate voters. This tradition also dictates that when such losses occur, the Democrats can correct the problem only by shifting rightward.

On the other hand, when the Republicans suffer a big loss, as they did in 2008, the conventional wisdom mandates that their party reach out, not to the middle, but to its right flank.

In practice, this dynamic rarely works for the Democrats and almost always works for the Republicans. But as we endlessly debate the best route forward, it’s crucial to bear the following in mind: First, Hillary Clinton is closing in on Barack Obama’s margin of victory in 2012, even though she’s not the winner of the Electoral College.

Second, if 80,000 votes in Pennsylvania, Michigan and Wisconsin had gone the other way, Clinton would be the president-elect today and the postmortem discussions would feature garment rending over the destruction of the Republican Party at the hands of Trump and his coalition of deplorables. In other words, the consternation over what to do about the Democratic Party wouldn’t exist but for a wafer-thin margin.

This is all to say the alleged Democratic apocalypse is overblown, at least in terms of major glitches within the party. The shift in Republican control over state legislatures, governorships and the U.S. Congress is less a consequence of the Democratic platform and more about the rise of conservative media, conservative propaganda and, yes, fake news. The dominance of Fox News and talk radio among older GOP voters has clearly escalated a backlash at the state and local level against the ascendancy of President Barack Obama, thus weaponizing the political tradition of counterbalancing the party of the president with the opposition party. This effort has been greatly aided by a GOP that’s learned to actively embrace its fringes and the social conservatism that plays best in the heartland.

The shift in white blue-collar voters from Obama in 2012 to Trump in 2016 is much more anecdotal than is being acknowledged among A-list pundits. It’s a fluke that largely reflects a narrow pocket of voters who hate Clinton due to an ongoing geyser of attacks, mostly unfair or based on nonexistent complaints, that has been erupting constantly for 25 years. This was more about a reaction in a small handful of battleground districts rather than a coast-to-coast existential crisis within the Democratic Party.

The result, with Clinton winning the popular vote but Trump winning the Electoral College tally (presumptively), illustrates this phenomenon. If this was a national rejection of Clinton and the Democratic Party, why did she get nearly 3 million more votes than her opponent?

That said, Democrats have one task moving forward if they want to roll back the orange tide. The Democratic Party has to own its platform, once and for all, and sell its progressive economic message with much more gusto than we’ve seen so far. Even the Obama White House has failed to ballyhoo its own self-evident economic successes, not to mention its signature achievement, the Affordable Care Act. Party activists and the leadership alike need to grow some spine and pitch their message in all 50 states, with a specific eye to winning back state legislatures and congressional seats. Given the relentless onslaught of propaganda and fake news, the only viable option now is to get louder — and quickly.

Along those lines, you might recall how the GOP went full Tea Party at the outset of the Obama administration. There wasn’t any serious consideration given to becoming more moderate. The lockstep mission was to thwart Obama and make him a one-term president. While the one-term thing didn’t quite work out, the Tea Party launched primary challenges against moderate Republicans at all levels — mainly incumbent congressional moderates — and ended up sweeping the midterm elections in 2010. That was fueled by the rough launch of the Affordable Care Act, but only after the GOP establishment fully embraced the Tea Party and used it as rocket fuel.

There’s absolutely a way for the Democrats to launch a parallel movement not unlike the Tea Party. That’s not to suggest that Democrats need to elevate an army of loonies or empty suits, as the GOP did. But the Tea Party owned its conservative values and never apologized. The Democrats can do the same thing, especially since they now understand that the Trump White House will provide a common enemy around which most factions of the left can gather.

The key lies in the party establishment and its communications team rejecting all the concern trolling about winning back white blue-collar voters by moderating the party platform. Instead, they need to sell liberal values with pride and confidence. All told, the real crisis on the Democratic side is one of salesmanship — not moderation.

On health care, 86 percent of Americans with insurance policies purchased via the Affordable Care Act like their coverage. Furthermore, if we take the word “Obamacare” out of the equation, most Americans love the individual parts of the law.

Concerning Wall Street, 58 percent of those surveyed support breaking up the big banks. Much of the credit here should go to Sen. Bernie Sanders, for setting an example of how Democrats can sell leftist issues without apology.

On income inequality, 66 percent of respondents agree that wealth should be more evenly distributed.

When it comes to college tuition, 62 percent of those polled want debt-free higher education.

Regarding abortion, most Americans surveyed believe abortion should remain legal in some if not all circumstances. Only 19 percent of voters think it should be illegal in all cases.

Concerning the climate crisis, most Americans polled think global warming is real and that not enough attention is being given to it. Likewise, those who say the threat is exaggerated has dropped to 34 percent.

And contrary to the outcome of the election, 56 percent surveyed approve of President Obama’s job performance, while, yes, more Americans voted for Hillary Clinton than for Donald Trump.

This indicates that while voters generally agree with the Democrats issue by issue, they simply haven’t received the word or they’ve been told the word “liberal” is scarier than cancer. (This may be literally so. It seems clear that some people with Obamacare policies voted for Trump, not realizing they were voting against their own health care.)

Millions of voters have not been convinced that electing more Democrats will better reflect the slate of issues that’s generally most important to them. This is clearly a matter of more effective communication — of embarking on a long-term, 50-state plan to break through the noise and fakery in order to match the Democratic Party’s share of various legislatures with polling support on the issues.

Knowing the magnitude of the task, it has to begin immediately. In an era of noise and nincompoopery, the Democrats have no choice but to get loud for a change, rather than constantly apologizing for liberalism or pleading with the GOP to stop punching them. With Trump already showing off his autocratic tendencies (not to mention his rank incompetence) with another census coming up in 2020 and the potential for the GOP to further gerrymander itself into a permanent majority, nothing could be more urgent.