Hulu's new crime drama is nothing you haven't seen before, but it's easy going down and fine for a lazy binge 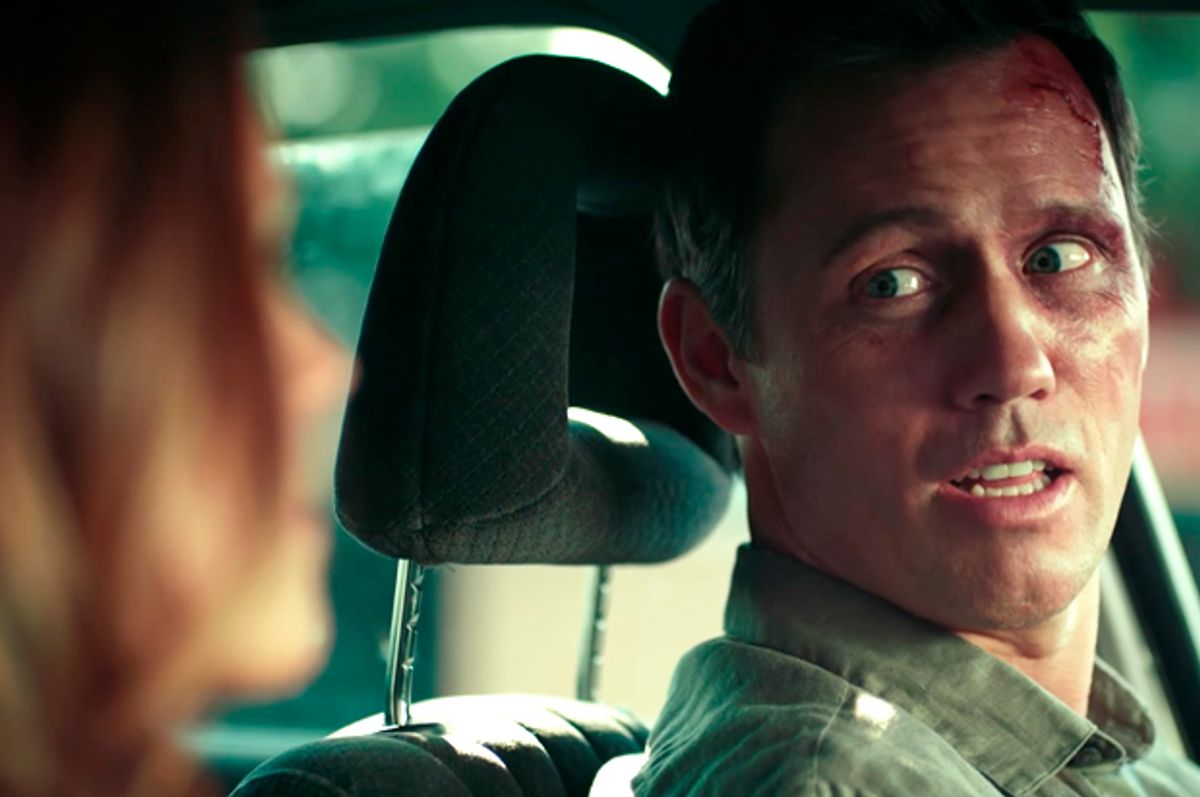 One of Seattle’s hidden neighborhood landmarks is a neon storefront sign advertising a psychic barber. The proprietor of the business gives a fine haircut, and he’ll be the first to tell you that he has no soothsaying abilities whatsoever. But the sign does the job it’s supposed to do, which is to get customers into his shop.

Eccentric advertising works. Beyond that, the integrity and efficacy of the product it’s promoting is often what makes the difference between a business flying high or folding quickly. Hulu’s “Shut Eye” illustrates that notion in a different sense; the new drama, which debuts Wednesday, stars Jeffrey Donovan of “Burn Notice” fame and teases a story of organized crime and mystical oddity.

Fans of Donovan’s canceled USA Network series will see more than a few shades of burned spy Michael Westen in “Shut Eye” character Charlie Haverford, a grifter posing as a psychic in Los Angeles. For all of Westen's sarcasm and displays of reluctance to be heroic in "Burn Notice," he nevertheless acts as a defender and avenging angel for the little guy when the need is too dire to ignore.

Charlie, on the other hand, is a con artist with his eye on a juicy prize in the form of a wealthy, mourning woman (Mel Harris) who has been swindled before, making her a tasty challenge for the false psychic. That’s not necessarily a turnoff; people have passionately connected to far less savory characters over the years. And Donovan is probably appealing enough to draw an audience willing to sample what his trickster has to offer for at least one episode.

The question is whether what viewers see in the premiere’s 46 minutes will be enough to make them stick around for the chapters that follow. Hulu’s decision to release all 10 episodes of the first season at once, and during a time of relatively low competition and even lower viewer resistance, may make that decision simpler.

Should audiences deem “Shut Eye” to be bingeable, that verdict might be attributable less to audience’s love for Donovan than the familiar plot devices making it easily consumable, like cheap potato chips. There’s no aspect of this series people haven’t seen elsewhere. Then again, if you’re feeling housebound and lazy, you could do worse.

Faint praise? Absolutely. “Shut Eye” is a brazen knockoff of better-made series — “Breaking Bad” immediately comes to mind — and less memorable fare such as FX’s “The Riches.” The very idea that a person can sum up “Shut Eye” with a hackneyed “It’s like Show A meets Show B” descriptor speaks to its unoriginality.

That said, I watched all four preview episodes provided to critics, which is not something I am necessarily obligated to do. ('Tis the season, and the fight has gone out of me.) Many fellow critics would argue that in this era of top-tier scripted television, it’s not enough for a series to just be good or even great. I agree with that statement for the most part.

But there’s a place in the world for shows that shuffle together stock dramatic elements that viewers enjoy in such a way that makes a someone say, “Eh, why not?” if only for a few rounds. If you used to be a “Burn Notice” devotee and have re-watched every “Breaking Bad” and “Better Call Saul” episode to the point that the episodes have lost their sheen, you may find something enjoy here.

That something may be Donovan's performance. The actor lends a remarkable sensitivity to what could be an entirely odious character, which is part of the expert con man’s tool set. Even as Charlie charms customers out of hundreds of dollars by promising magical solutions yielded by bogus rituals, raw crystals and microgreens, there’s a tenderness about his demeanor that makes his misdeeds entertaining if not entirely forgivable.

Charlie’s soft approach is part of what makes him an effective charlatan. The other part is his willingness to pop the hood on some of most classic rackets to win the trust of his marks and the audience by proxy. This showmanship enables Charlie and his wife Linda (KaDee Strickland) to raise a teenager on an income earned by peddling flowery falsehoods. In assuring his clientele that other so-called psychics, especially gypsies, are the frauds, it makes his “talent” seem real.

Charlie and Linda, however, are actually working for a local Roma crime family run, in part, by a seductive and cruel matriarch named Rita Marks (Isabella Rossellini) and her uncompromising goon of a son, Fonso (Angus Sampson). The Marks family allows Charlie and Linda to run a chain of fortune-telling storefronts as long as they get their taste. But Charlie is getting tired of answering to them.

Suddenly Charlie sustains a serious head injury, and it leaves him with something approximating true clairvoyance, although it kicks in at odd times and doesn’t always deliver concrete answers.

When Charlie has one of these episodes, it can look like he’s hallucinating or skipping forward in time. But at least one of his post-head trauma readings pans out to his enormous surprise, inspiring Charlie to take greater risks.

The central storyline of “Shut Eye” has its captivating moments, but Les Bohem, the show’s creator, orbits it with several bland subplots that include a bohemian hypnotist (Emmanuelle Chriqui) and Charlie and Linda’s restless adolescent son.

Predictably there are schemes within scams that compromise the safety of Linda and Charlie and, as one might anticipate, a few missteps result in explosive, sadistic scenes of brutality. And you can probably guess that Charlie’s newfound skill, whether true or illusory, moves him to commit actions that test the audience’s capacity for empathy.

The seasoned television viewer knows this not because he or she has seen the future, but because this story structure has been employed time and again in the past, sometimes evolving in refreshing ways but most of the time contently copying more thoughtful masterworks. “Shut Eye” could eventually pay out; the cards for the last six episodes are still face down. But to find out, you'd have to walk through that door.