The strictest anti-abortion bill in the nation is awaiting Gov. John Kasich's signature 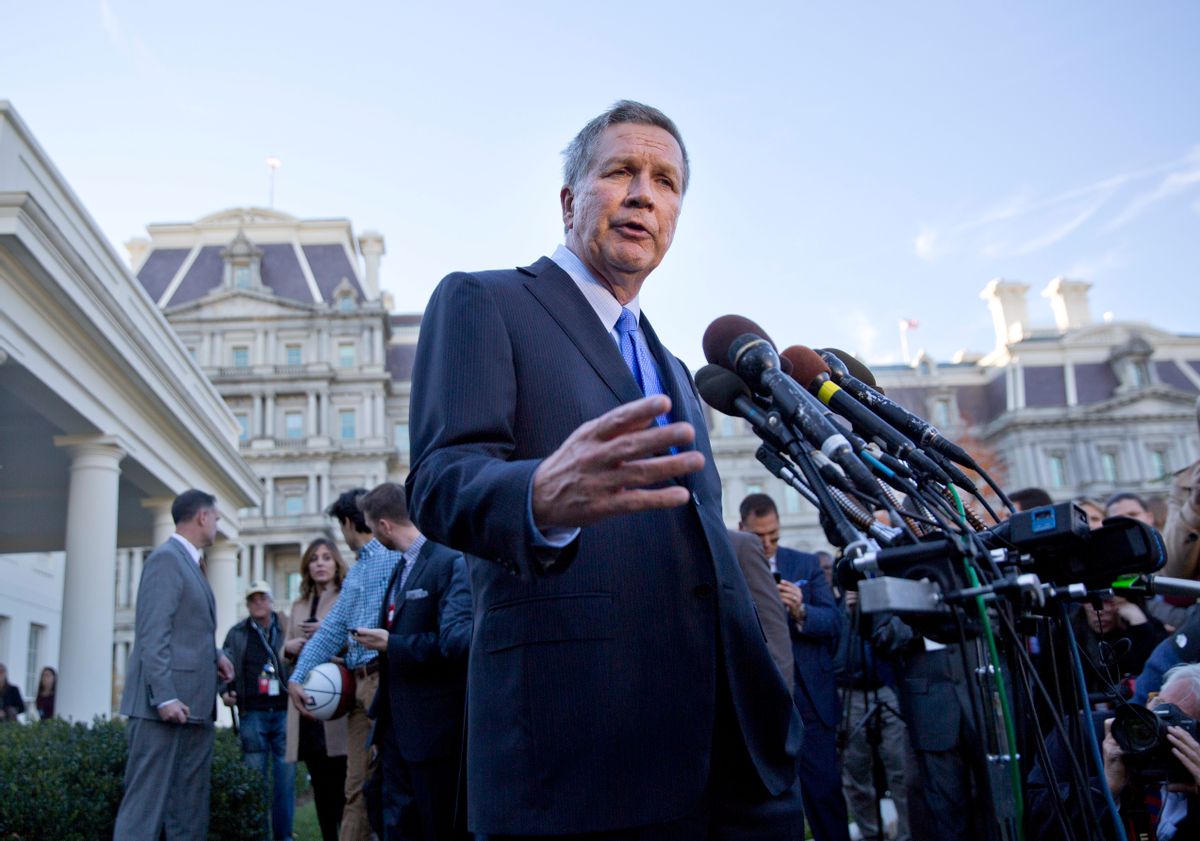 Ohio's Republican-led state House of Representatives and Senate passed legislation that would ban abortions as soon as a fetal heartbeat can be detected― as early as six weeks after conception late Tuesday night. The controversial "heartbeat bill" was slipped into an unrelated child welfare bill. Now the bill, which would prohibit such abortions even in cases of rape or incest, simply awaits Republican Gov. John Kasich's signature to become the strictest anti-abortion law in the nation.

The Ohio House approved Senate Republicans' amendments to an unrelated child abuse bill adding language banning abortions once a fetal heartbeat is detected, in a 56-39 vote, mostly along party lines. The heartbeat legislation has been approved twice before by the state's lower house only to fail in the Senate.

If Kasich signs the bill, Ohio will be the third state to pass such a law. He has 10 days to decide whether to veto the legislation.

Even groups adamantly opposed to abortion oppose the law. The Columbus Dispatch reported that Ohio Right to Life, the state's largest anti-abortion organization, does not support the legislation because the current Supreme Court would likely find it unconstitutional.

But emboldened by the election of Donald Trump, Senate Republicans in Ohio finally went along with the extreme measure.

"A new president, new Supreme Court appointees change the dynamic, and there was consensus in our caucus to move forward," Senate President Keith Faber told the Dispatch, adding that the so-called heartbeat bill "has a better chance than it did before."

Janet Porter, president of Faith2Action who has pushed for passage of the bill for years said, "it’s a brand-new day with a Trump-appointed Supreme Court and we are very hopeful … we will see babies with beating hearts protected again."

The American Civil Liberties Union of Ohio already has said it would press a legal challenge to the bill that could become law early next year. If it’s passed into law, physicians could face a year in prison if they perform an abortion after a heartbeat is detected or if they fail to check for one before a procedure.

Ohio's bill is the most extreme abortion restriction in the country, effectively banning the procedure before most women even realize they’re pregnant, pro-abortion rights advocates said.

"Banning women from getting a medical procedure is out of touch with Ohio values and is completely unacceptable," abortion-rights advocacy group NARAL Pro-Choice Ohio said in a statement.

It is likely, however, that Kasich will line-item veto the "heartbeat bill" while still signing the legislation that also contains $100,000 in funding for adoption services. According to the Dispatch, Kasich has said on several occasions in the past two years that he opposed the bill, primarily because of constitutional concerns.

Courts have found similar laws in Arkansas and North Dakota unconstitutional and the U.S. 8th Circuit Court of Appeals has upheld those lower-court rulings. The U.S. Supreme Court declined to hear any further appeal.