This Christmas season: The tyranny of the boxed set 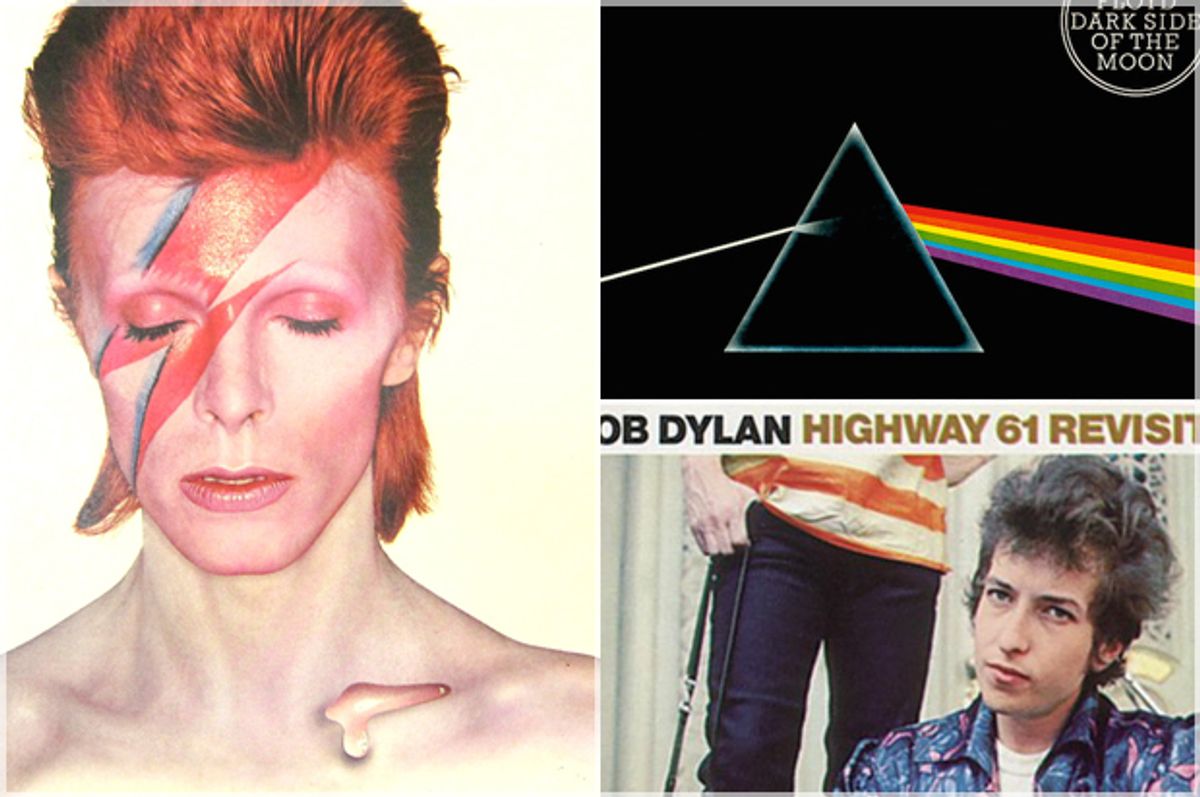 When shopping for discerning music fans this holiday season, you'll find it tough to avoid running into tantalizing limited edition releases, boxed sets and vinyl reissues. While this tends to be the case every year — in 2015, Bruce Springsteen issued the highly anticipated four-CD set, "The Ties That Bind: The River Collection" — 2016's crop of special releases are lavish and impressive. Unfortunately, many of these will also cost consumers a large chunk of a mortgage payment or monthly rent check.

The Grateful Dead have issued a website-exclusive, 12-CD boxed set featuring five concerts from July 1978. David Bowie's "Who Can I Be Now? (1974– 1976)" compiles 12 CDs and 13 LPs of music — including an unreleased album, "The Gouster" — from his formative years.

The Kinks' "The Mono Collection" has 10 180-gram LPs encompassing eight studio albums, a 48-page book and a 1970 double-LP compilation, "The Black Album." The Who is releasing a five-CD version of "My Generation," while Rush's 1976 opus "2112" has several reissue configurations: a double CD plus a DVD; a triple LP; and a deluxe version with both CDs, a DVD, vinyl and fan-driven goodies. The Decemberists are reissuing their 2006 major label debut, "The Crane Wife," in a deluxe, five-LP version housed in stylish packaging with home demos, B-sides and a bonus Blu-Ray DVD of an NPR-aired concert.

Of course, these pale in comparison to "Pink Floyd: The Early Years 1965-1972," which is a 27-disc behemoth with hours of unreleased tracks. A 36-CD box set of Bob Dylan is dubbed "monumental" by his website because it contains "every known recording" from his 1966 tours of the U.S., U.K., Australia and Europe and features musicians who later evolved into the Band. Appropriately, the latter group's 1976 concert, "The Last Waltz," is receiving a limited-edition, 40th-anniversary collector's edition. Not only does this feature the record and the Martin Scorsese-directed documentary, but it contains Blu-Ray rarities and a book "bound in red faux-leather with a full replication of Scorsese’s shooting script, rare and previously unseen photos, set sketches, three foldout storyboards, and a foreword by Scorsese," according to promotional text.

Unsurprisingly, that latter item will cost you a pretty penny: The list price is $259.98 via label Rhino's website. Pink Floyd's box, meanwhile, is a cool $550 via the band's website and a shade over $500 at Amazon. They're not the only luxury reissues causing sticker shock, however. Rihanna's eight studio albums are being issued over 15 LPs, along with a 186-page book, for $300.

The top-tier price points for some of these reissues are even more concerning. A recent reissue of grunge supergroup Temple of the Dog's 1991 self-titled debut is a reasonable $28.99 for a double-LP version of the original album and $18.99 for a double CD with demos and outtakes. A super deluxe edition of the double CD that tacks on one DVD and Blu-Ray audio, however, sells for $99.

U.K. synth pop group the Human League's new retrospective, "A Very British Synthesizer Group," is a tidy $17.99 for a double-CD set, but the price jumps up to $90 for a three-LP boxed set and well over $100 for a three-CD version with a DVD. (The latter version isn't even in stock on Amazon at press time and has to be imported.) A new reissue of post-punk icon Public Image Ltd.'s "Metal Box" is $60.99 for a quadruple-CD deluxe set but the price skyrockets up to $214.99 for a quadruple-vinyl version packaged in a metal tin with a 72-page booklet and posters.

Music-wise, none of these pricey sets are inherently bad. These artists deserve to be celebrated and to have their legacies presented in thoughtful ways. And it's nice to have so many options for fans or collectors willing or able to plunk down the money. But for the average music fan, a glut of these fancy reissues makes them a financial stretch, especially when regular vinyl records are also pricey.

According to a 2015 Stereogum feature, "The average vinyl LP grossed $23.84 [in 2014] in current dollars, based on RIAA data, up almost 40% from an inflation-adjusted $17.20 in 2005." Plus, these enormous retail prices seem even more egregious when you consider fans already own many of these albums being reissued.

If the music on these sets isn't available digitally or on streaming platforms — and, in many cases, it's not — the tunes are legally accessible only to those who can afford to spend a lot of money. That's a concerning development, which, among other things, undermines the "streaming is a digital utopia" argument favored by those who see physical media dissipating. (If a record isn't streaming on Spotify, does it actually exist?)

Yet some might argue that's the entire point: In an age where record sales are continuing to free-fall, making physical releases special is the smartest thing labels and bands can do. But at what point does exclusivity come at the expense of fans? And is it wrong that archival music is available only to a certain subsection of fans?

Sure, anybody who wants to hear an album or boxed set will find some way to do so, even via dubious means. And artists willing to clean out the vaults and release Holy Grail-caliber concerts and demos — some of which had only been available as bootlegs — are doing a solid for diehards. But when it comes to some pricey releases, it's hard not to feel like devoted fans, the ones who've faithfully supported acts over the years, are the ones often getting the short end of the stick. Musician Kip Berman pointed out one aspect of this, in a tweet quoted by the Stereogum article: “The vinyl revival is brought to you by the same industry that wanted everyone to buy their record collections AGAIN on cd/tape."

Another aspect of this — that just because bands can do vinyl doesn't mean they should — should be considered, especially with the vinyl revival. "I think a lot of people are putting out the record they want to put out, rather than the one that's sensible for their fans," Waterloo Records owner John Kunz told The Austin Chronicle in 2014.

"A lot of artists have taken the approach that their CD is the regular album and that the vinyl is the deluxe version," Kunz said. "So they go with the 180- or 200-gram vinyl, then they put all the bonus tracks on the record 'til the running time is 75 minutes. Now it's a double LP, and of course they have to have a gatefold. All of a sudden you've taken what's a $12 or $13 CD, and have turned it into a $35 record."

For all the discussion about the vinyl boom and how records are displacing CDs, it's important to remember that any changes are glacial not seismic. Nielsen's 2016 U.S. Mid-Year Report found that vinyl comprised 6.2 percent of album sales in the first half of this year, an increase of 11.5 percent over the same period in 2015. CDs, however, still comprise 50 percent of album sales; this is still the most popular format. Most artists recognize that: The Pink Floyd set is available in a concise two-CD compilation, while Dylan released a double-CD of "The Real Royal Albert Hall 1966 Concert" to please completists.

Dylan has also proved, however, that these mammoth sets don't have to be financial burdens. His new box retails at $149.98 via his official website and that  averages out to $4.17 a disc before shipping. And a new six-LP version of the Band's "The Last Waltz" is about $97 from Amazon. The CD versions of Crowded House's recent spate of reissues gave fans a full bonus album (and then some) for their money.

As the latter underscores, the question of spending — and what's too much to spend — boils down to perceived value. The vinyl resurgence is partially predicated on the idea that music allegedly sounds better on wax, for example. Where boxed sets are considered, as long as buyers feel they're getting their money's worth, the price will be beside the point. That's not great news for anyone having to pick and choose which releases to buy this season — or anyone grousing at the price of new vinyl — but at least it'll make it easier to decide what to break the bank on.