Andy Pudzer said that his burger chains Carl's Jr. and Hardee's "kind of did take on my personality" 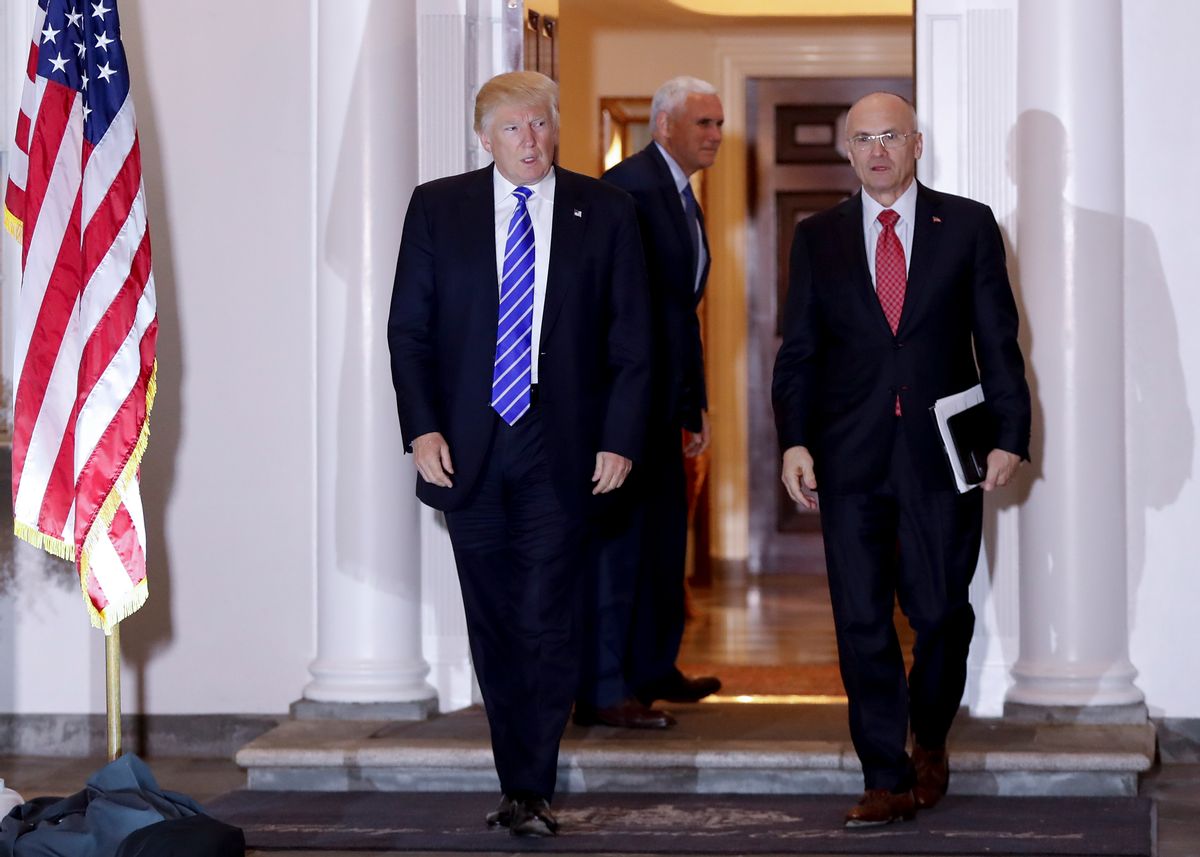 "I like our ads. I like beautiful women eating burgers in bikinis. I think it's very American," Puzder told Entrepreneur in a 2015 interview. "I used to hear, brands take on the personality of the CEO. And I rarely thought that was true, but I think this one, in this case, it kind of did take on my personality."

Puzder's "personality" will join the ranks of  Trump's misogyny administration as head of the Department of Labor, which oversees issues related to pay equity, employment discrimination and workplace conditions, among others.

Puzder became CEO of CKE Restaurants in September 2000, and since then Carl's Jr. and Hardee's have released a slew of racy commercials that included Paris Hilton washing a car in 2005 and Kim Kardashian rolling around on a bed with a salad in 2009.

"It's an appeal to youth, so it really reaches a broad demographic," Puzder told Entrepreneur in the same interview.

On his personal blog, Puzder is vocal about how Trump's policies will help reverse the shrinking job market for the working and middle class.