Amazon Go is selling convenience, but not all food can — or should — be convenient 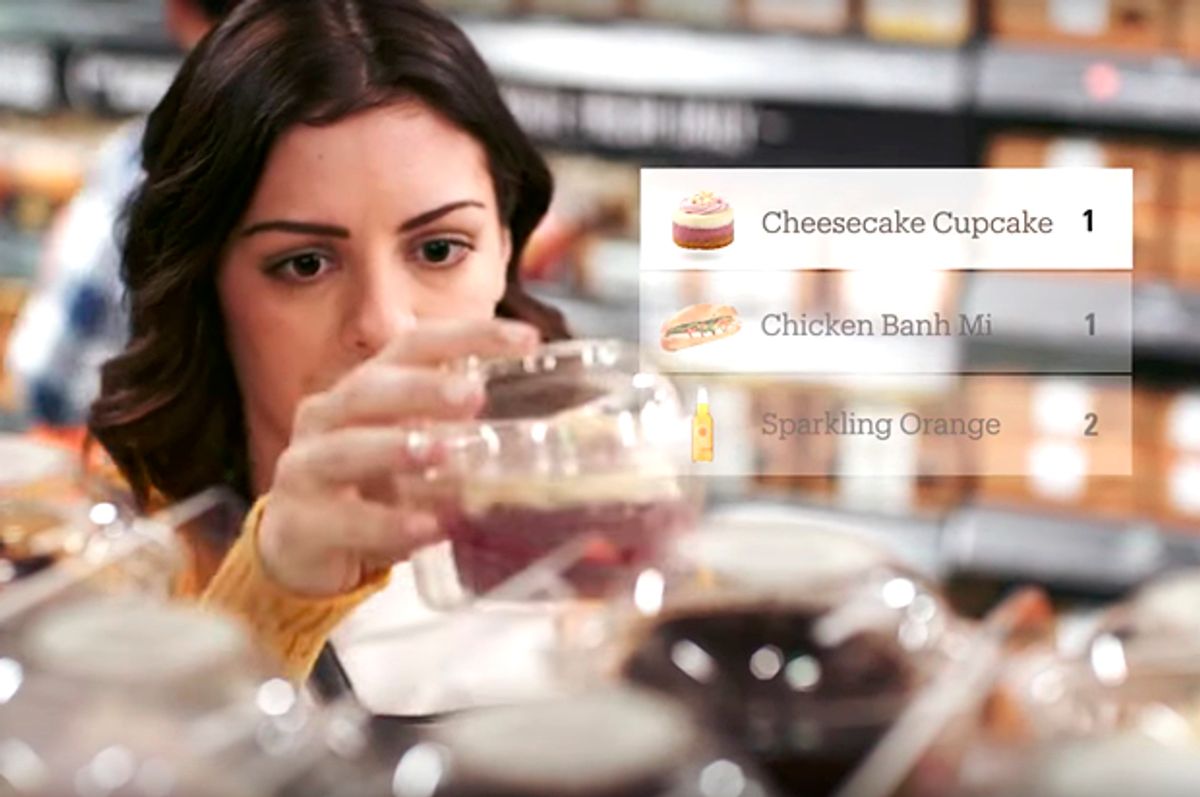 Amazon announced this week that it’s opening a new food store, called Amazon Go that will automatically charge customers without their having to wait in a checkout line. In a video posted on the company’s website, which went viral, busy Americans pluck sandwiches and drinks from high-tech store shelves while Amazon automatically tracks their selections through a downloadable app, bills their accounts and sends receipts to their smartphones. It ends with a cheeky message: “No lines. No Checkout. (No, seriously.)”

For Richard McCarthy, the executive director Slow Food USA, the store depicted in the video is “horrifying.”

“Amazon is an enabler in our rush toward processed, prepackaged convenience foods for a generation and a subset of consumers,” he told Salon. “It’s like ‘I want the ease of clicking, but now I don’t even have to click. I can just grab it and go.’”

But McCarthy, whose nonprofit organization advocates for locally produced foods, fair farming practices and other calls to culinary action, also grudgingly admitted that people are likely to check out this shopping concept because of its “techno-novelty” appeal.

Whether Amazon Go can use this appeal to radically transform the food-shopping experience will depend on how well technology like this can be deployed in other retail formats. Grocery stores sell a lot of what the retail industry calls random-weight items, like fresh fruits and vegetables, sliced deli meats and dry bulk goods. These are not as easy to incorporate into Amazon Go’s automatic checkout system.

Until technology can address these and other challenges of “grab and go” shopping, you aren’t likely to see the end of the grocery store checkout aisle anytime soon. In fact, major grocery chains like Albertsons and Kroger have pulled back in recent years from using self-checkout kiosks, citing a rise in thefts and a desire to increase interaction between customers and employees.

“Amazon Go is a really interesting and disruptive element, and I think it’s going to be important, but I don’t think you’re going to see it transforming everything that’s happening in grocery,” Randy Burt, a partner in the retail practice of global strategy and management consulting firm A.T. Kearney, told Salon.

Burt said the most likely impact will be at the convenience-store level and in fast-casual restaurants like Pret A Manger instead.

Amazon.com’s short video presentation was scant on details about how the automated shopping system would work. Instead it was filled with Silicon Valley jargon, like “computer vision,” “sensor fusion” and “deep-learning algorithms,” phrases likely never before used to describe the process of buying a chicken pesto wrap. But Amazon sees an opportunity to exploit what it has built online to disrupt traditional brick-and-mortar retail — and no other corporation seems even close to being able to follow its lead.

“There are some things that are unique to Amazon where they have an advantage, like people having an app on their phone linked to their account,” Burt said.

Amazon is currently testing its system at an 1,800-square-foot outlet in Seattle that will be opened to the public early next year after a test run for employees, according to the company’s website. This is part of Amazon’s larger push into brick-and-mortar retail in a bid to grab a share of the hundreds of billions of dollars Americans spend on groceries every year. Last year Amazon opened its first brick-and-mortar bookstore in Seattle. Now the company operates similar stores in San Diego and Portland, Oregon, with Boston, Chicago and New York outposts planned to arrive next.

But books and food are two very different types of products. Amazon customers can already order online boxes of cereal and jars of pasta sauce. A head of lettuce, on the other hand, is still a highly impractical Amazon purchase. And that highlights the main issues with Amazon's Go technology, too: It seems to favor processed food items, even though they cost more and are often less healthy than simple raw ingredients. For culinary advocates like McCarthy, this isn’t the right direction for our country to be headed, who likens Amazon Go to "a vending machine . . . from the sky." But even he acknowledges that for some consumers, that's a feature, not a bug.

“Amazon is showing in that video young successful people on the go [interacting] with a speed of commerce that’s keeping up with their busy lives,” he said. “But I also look it and I think, Is this is where we’ve come to, that we’re buckling beneath the tyranny of speed and efficiency and that we’re so important that we don’t even have time to stand in the checkout line?”

For many of the consumers likely to flock to Amazon Go when the store opens to the public early next year, the answer is yes.