Steve King doesn't just want a wall. He told CNN he wanted a super duper fence-wall-fence, and has the plans, too! 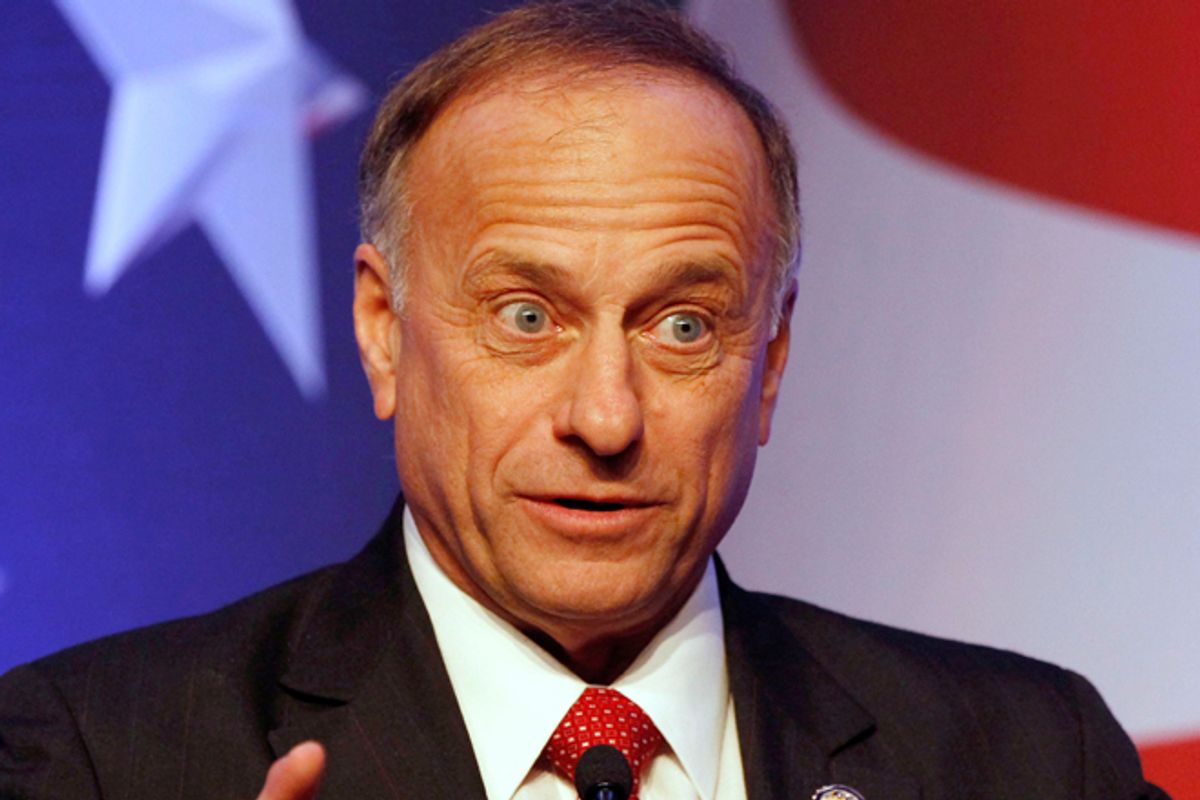 King assured Camerota that John Kelly, Trump's choice to head the Department of Homeland Security, will build that wall when given the go-ahead. The Iowa congressman and former contractor even said he has drawn up plans that he hopes Trump will consider.

King called for Trump to build not just any wall but "a fence, then a wall, then a fence." You heard that right. He wants a wall sandwich.

King told Camerota that he envisioned a wall "made out of concrete" adding, "And, I'm calling upon President-elect Trump to not just settle for a wall. Let's build a fence, then a wall, then a fence, so we create two no man's lands, one on either side of the wall. When we pick people up there they don't really have an excuse. They weren't out there picking mushrooms."

Camerota reminded King that Florida Rep. Dennis Ross told Bloomberg that there could be a virtual wall. "It could be a fence. It could be open surveillance to prevent people from crossing. It does not mean an actual wall," Ross said.

But King was having none of that.

"The cheapest and most effective thing we can do," King said, "is build a concrete wall — a precast, structural concrete wall." He described a mechanized, assembly-line process of wall construction involving digging trenches and dropping the precast wall into place.

"Our little company could build a mile of that a day!" King exclaimed.

The Iowa congressman and founder of King Construction is on the House Judiciary Committee's Subcommittee on Immigration and Border Security. He has even tweeted images of wall plans. His tweet did not show the fence-wall-fence proposal, though.

"When you say a wall's not a wall, then what is anything anything?" he said in response to Ross. "When you say a wall, you mean a wall. You want to build a fence, you say fence. You don't use it a euphemism for a virtual — say, surveillance from hot-air balloons that are floating over the border."

#BuildtheWall now The definition of a virtual wall is "not a real wall." Real walls don't have prosecutorial discretion &r guaranteed 2work.