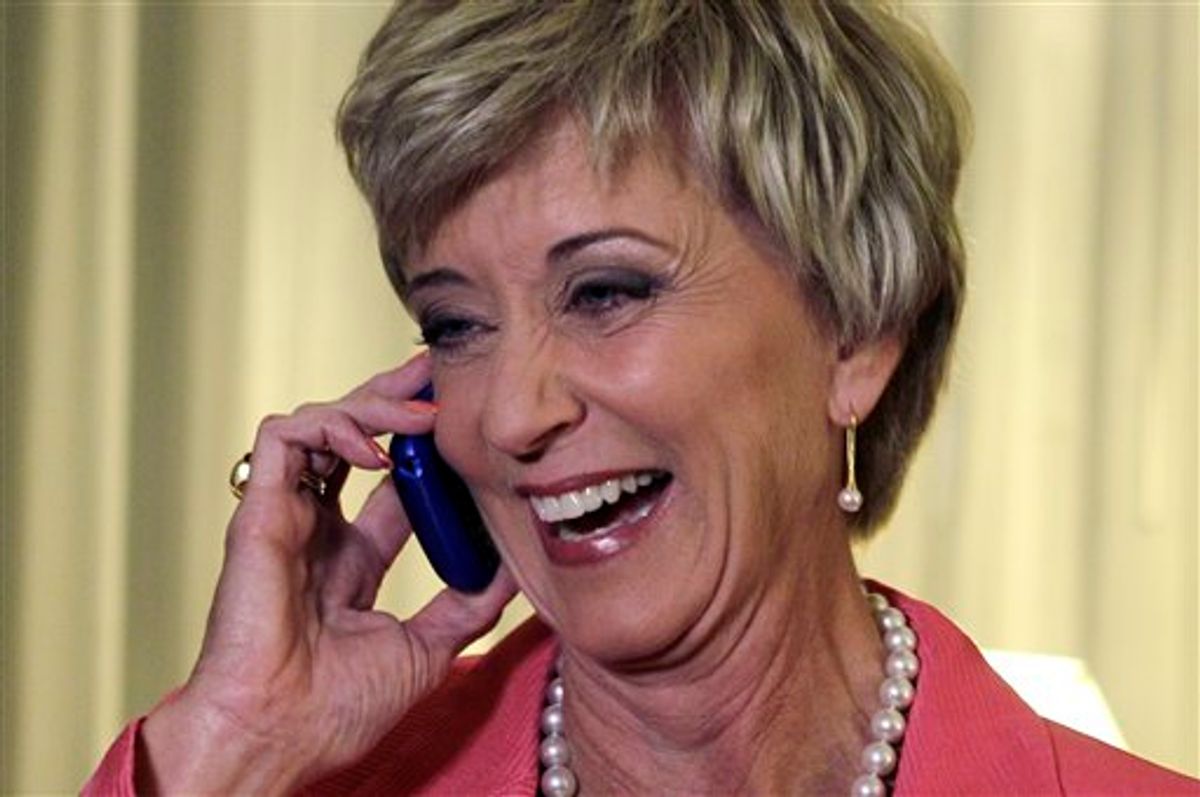 Donald Trump on Wednesday tapped Linda McMahon — wife of WWE chairman and CEO Vince — to head the Small Business Administration. The president-elect announced the decision in a Facebook post.

McMahon and her billionaire husband took over the company that would later become the WWE in the 1980s. Linda served as CEO from 1997 to 2009, after which she ran two consecutive failed Senate campaigns, on which she spent an estimated $100 million.

According to Washington Post investigative reporter David Fahrenthold, between 2007 and 2009, the McMahons were "the biggest outside donors" to the Trump Foundation, donating $5 million.

And it seems the McMahons were even more generous with donations to Trump's presidential campaign.

According to Forbes, "Linda McMahon donated $6 million to Trump's campaign in August and September, according to the Center for Responsive Politics, despite calling Trump's comments about women 'deplorable' during the GOP primary."

In a March interview with Yahoo's Katie Couric, McMahon called "the rhetoric" used by GOP primary opponents Trump and Ted Cruz "over the top."

"Some of the comments that have been made, I think, are quite deplorable," she added, referring to Trump's retweeting a derogatory meme about Ted Cruz's wife, Heidi. "I would like to see our candidates focus on the issues."

Still, Trump's SBA appointment is a little odd considering his storied past with Vince McMahon.

After twice appearing on WWE "Monday Night Raw" — in 2007 and 2009 — and twice shaming (once shaving) Vince McMahon in "Battles of the Billionaires," Trump was added to the company's Hall of Fame.