The first Somali-American elected official visited the White House, then was called "ISIS" by her cabbie 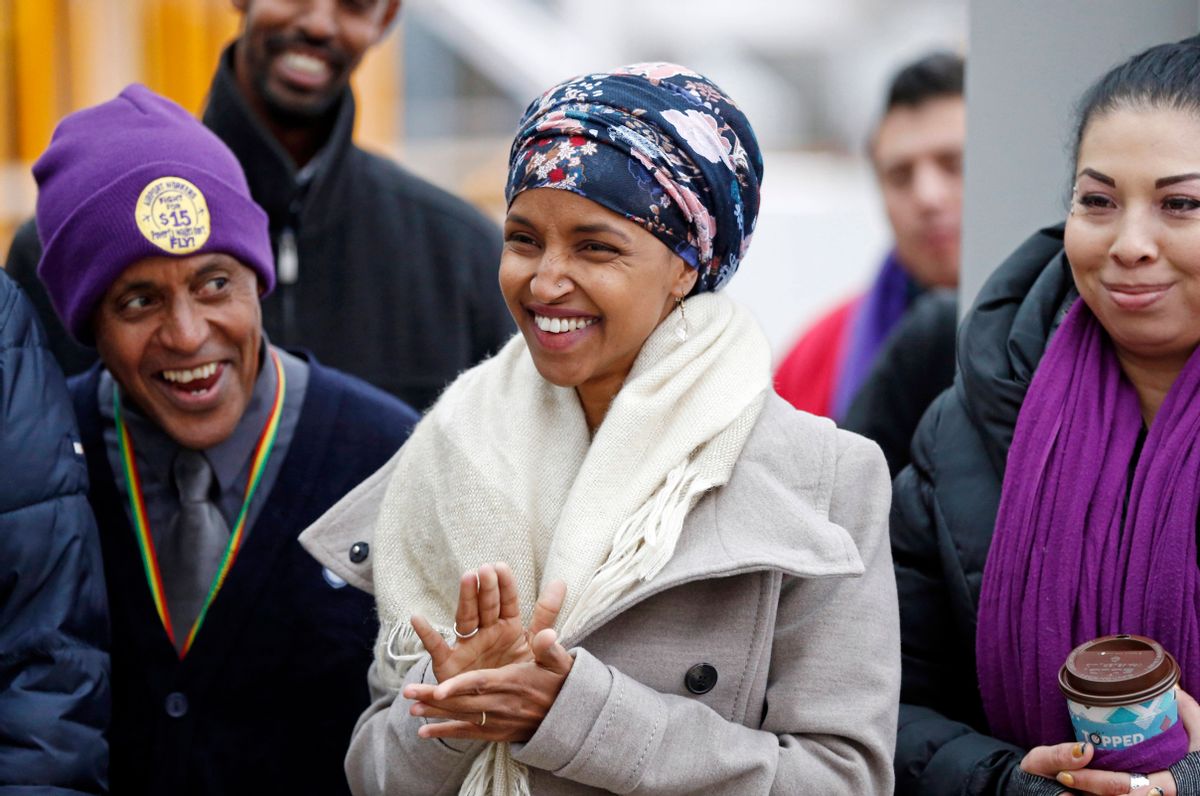 Ilhan Omar, the first Somali-American lawmaker ever elected to office in the U.S., says she was harassed and subjected to an Islamophobic tirade after a visit to the White House this week.

Despite president-elect Donald Trump's election eve campaign trip to Minnesota to scare up votes by fearmongering about Somali refugees in the region, Omar made history on Election Day, becoming the first Somali-American lawmaker in the United States.

In a Facebook post this week, Omar made clear that despite whatever progress her own election highlights, many Americans have become "bold" in expressing their anti-Muslim views since the election of Trump.

Omar says she was visiting Washington D.C. for policy training about "middle-class economics" at the White House with President Obama's adviser Valerie Jarrett on Tuesday when the incident happened. While riding in a taxi back to her hotel, Omar wrote that she was subjected to “the most hateful, derogatory, Islamophobic, sexist taunts and threats” she had ever experienced.

She said the cab driver in D.C. called her “ISIS” and threatened to take off her hijab before she rushed out of the car.

“I am still shaken by this incident,” she added.

“I pray for his humanity and for all those who harbor hate in their hearts," Omar wrote of the cab driver.

In response to an inquiry on her Facebook page, Omar said she plans to file a report once she is back in Minneapolis, adding that she does not feel safe enough to report to local police because the cab driver knows where she is staying in town.

Omar will represent a district in Minneapolis that’s home to the largest Somali population outside of the east African country. She will be sworn into office Jan. 3.

A former refugee, a Muslim, and a mom of three, the 34-year-old Democrat was elected last month to the state House with 80 percent of the vote in her southeast Minneapolis district. The youngest of seven children, Omar was occasionally bullied for wearing a hijab after she moved to the United States in the mid-1990s — fleeing war and a childhood spent in a refugee camp.

In his last campaign visit to the state the night before the election, President-elect Trump presented a pointedly different message about such Somali refugees.

“Here in Minnesota, you’ve seen firsthand the problems caused with faulty refugee vetting, with large numbers of Somali refugees coming into your state without your knowledge, without your support or approval, and with some of them then joining ISIS and spreading their extremist views all over our country and all over the world,” Trump said.

The attack on Omar occurred on the eve of the one-year anniversary of Trump's proposed ban on Muslims entering the U.S.