Donald Trump wants to "work something out" for immigrant kids, and the GOP is not happy

Trump's walking back his "immediately terminate" pledge on DACA, which is angering Republicans 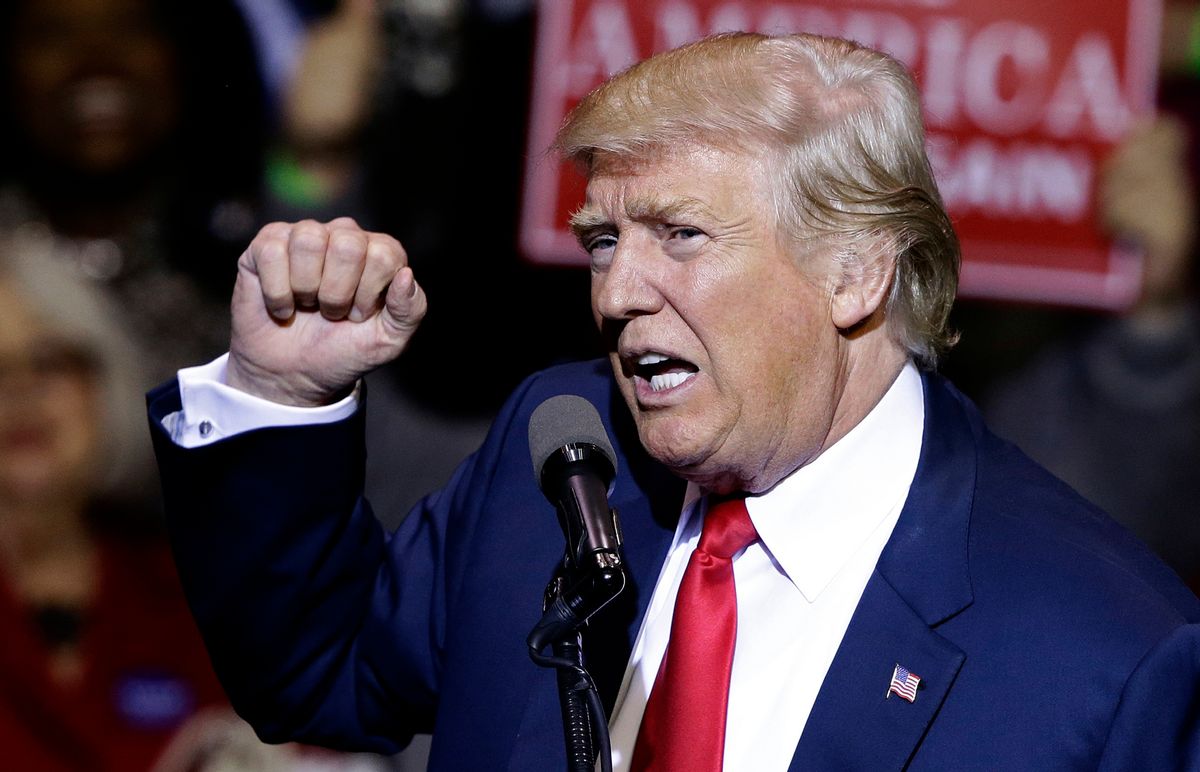 In this Dec. 6, 2016, photo, President-elect Donald Trump speaks to supporters during a rally in Fayetteville, N.C. Trump’s promise to “work something out” for immigrants brought here illegally as kids is dividing fellow Republicans, underscoring how difficult it will be for Congress to take any action on immigration, whether it’s building a wall or dealing with immigrant youths. (AP Photo/Gerry Broome) (AP)
--

WASHINGTON — Donald Trump's new promise to "work something out" for young immigrants is dividing fellow Republicans, underscoring how difficult it will be for Congress to take any action on immigration, whether it's building a wall or dealing with immigrant youths.

During the campaign Trump pledged to "immediately terminate" President Barack Obama's executive actions on immigration, including the 2012 Deferred Action for Childhood Arrivals, known as DACA, which has extended work permits and temporary deportation relief to more than 700,000 immigrants brought illegally to this country as youths.

But in an interview in Time magazine, Trump adopted a far more sympathetic tone toward the young immigrants known to their supporters as "Dreamers."

"We're going to work something out that's going to make people happy and proud," Trump said. "They got brought here at a very young age, they've worked here, they've gone to school here. Some were good students. Some have wonderful jobs. And they're in never-never land because they don't know what's going to happen."

Trump did not offer details, and Time said that he did not back off his pledge to undo Obama's executive actions.

"I can tell you I'm very relieved at his comments today and I think folks back home in my district and across the country are going to be very relieved as well," said Rep. Mike Coffman, R-Colorado. "Obviously Dreamers is one part of the equation, I clearly hope we do more. But I think that's got to be the top priority."

Trump's comments were also welcomed by some Democrats. Senate Democratic Leader Harry Reid of Nevada cited them in an interview Thursday on NPR as evidence that Trump is "not as bad as I thought he would be."

For immigration hard-liners, on the other hand, Trump's comments set off alarm bells.

"We have an obligation to restore the rule of law and you can't do that while you're rewarding people who break it," said Rep. Steve King, R-Iowa. "It's the principle of the rule of law that's at stake and I'm hopeful that prudent heads will prevail."

Because immigrants must reapply for DACA and work permits every two years, even if he doesn't proactively undo DACA Trump could effectively cancel out the program over time by taking no action to renew it. But a transition aide, demanding anonymity because he was not authorized to speak on the record, downplayed Trump's comments and said his original promise to roll back Obama's executive actions stood.

House Speaker Paul Ryan, R-Wis., a past supporter of comprehensive immigration legislation, responded to a question about Trump's comments Thursday by saying, "I think we should have something that balances the concerns of all parties involved, and make sure that we don't pull the rug out from under people."

"The transition team I think wants to make sure that they get this right ... so that we don't have any kind of ugly disruption," Ryan added.

Obama announced the DACA program after Congress failed to pass legislation giving a path to legal status for Dreamers.

Subsequently, a comprehensive, bipartisan bill passed the Senate in 2013, but it stalled in the GOP-controlled House. Obama ultimately took another, broader, executive action, aimed mostly at protecting adult immigrants with U.S. citizen children, but that one got blocked in court.

Lawmakers' repeated failures to come together on immigration overhaul legislation leaves it uncertain whether Congress will be able to pass anything at all on the divisive topic with Trump in the White House, despite his tough campaign rhetoric about building a border wall and ousting criminal immigrants. Trump could take some steps on his own, but would need Congress for major policy changes, including any permanent protections for Dreamers.

House Republicans want to pass a border security bill to make good on Trump's repeated campaign promises to build a wall on the 2,000-mile U.S.-Mexico border, but key lawmakers and Trump himself have already suggested that it could end up including fencing or a "virtual" wall that falls short of the big wall Trump promised Mexico would pay for.

And even if a border security bill does pass the House, Senate Democrats are likely to balk at passing it without also taking steps to offer legal status to the 11 million immigrants living in this country illegally, something that House Republicans could reject in turn.

The opposing views suggest that, despite the prominence of immigration as an issue in the presidential campaign, inaction may be the likeliest end result on Capitol Hill.