What Democrats need to rebuild its winning coalition: Something old, something new 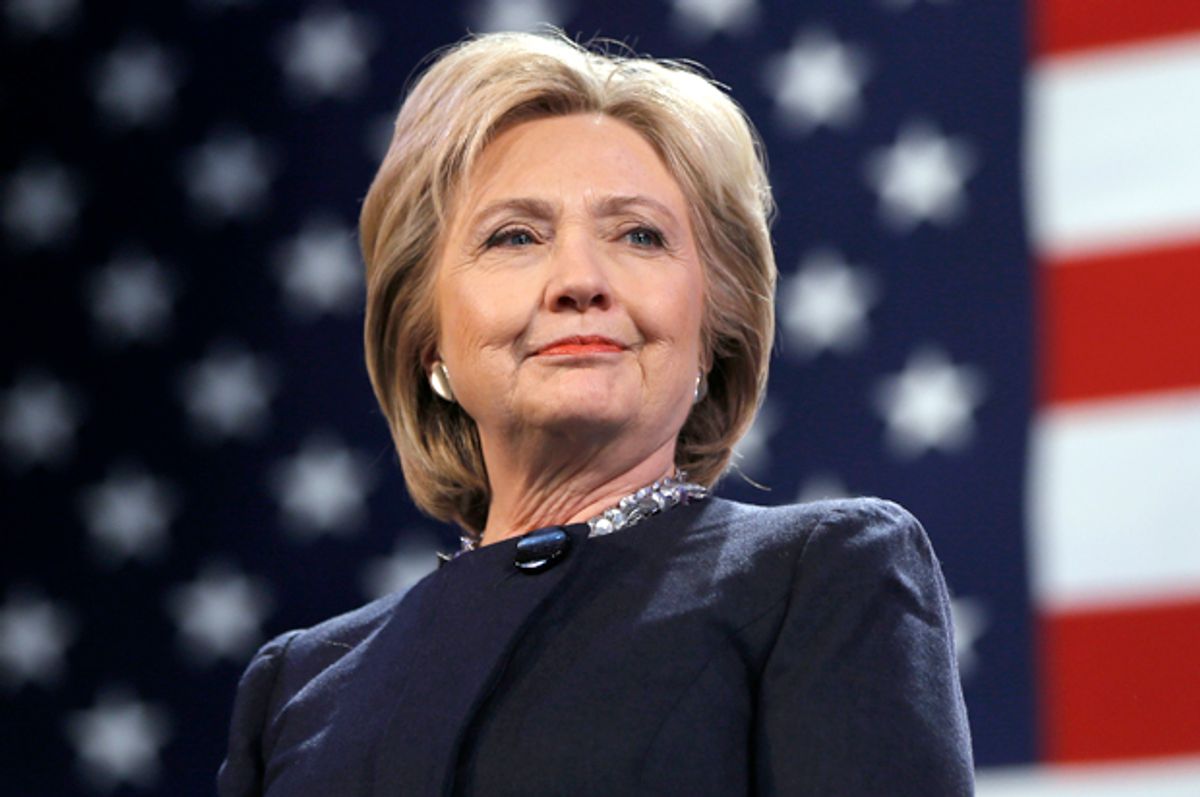 Just a few weeks ago, the Republican Party was bracing for the end of what most observers considered a disastrous election season: Unlikely nominee Donald Trump, a Philistine of the highest order in the eyes of even many conservatives, appeared to be gleefully guiding the GOP to a third straight presidential defeat, combined with the distinct possibility of an ensuing internecine war.

Instead, it’s the Democrats who now face a reckoning. Hillary Clinton, one of last well-known names in the party, is exiting stage (center)-left. Defeat in the presidential race is compounded by the Democrats’ minority status in Congress, a body they dominated for much of the last century. And it gets worse. Democrats’ historic reversals in Congress have been accompanied by a breakdown at the state level.

Clinton’s loss exposed what two terms of President Barack Obama partially obscured: the party’s irrelevance across wide swaths of the country. Republicans control 67 out of 98 partisan state legislative chambers and hold 33 governor’s offices. By contrast Democrats have a “political trifecta” in only six states, all on the coasts.

Moreover, other than soon-to-be ex-President Obama, the rest of the Democratic leadership qualifies for Medicare: Rep. Nancy Pelosi, who just beat back a challenge from a Rust-Belt congressman three decades her junior to win an eighth term as House Democratic Leader, is in her late 1970s. So are her two top lieutenants, Reps. Steny Hoyer of Maryland and Jim Clyburn of South Carolina. New York Sen. Chuck Schumer, the new Senate Democratic leader, is 66. Two other prominent leaders of the opposition, Sens. Bernie Sanders (I-VT) and Elizabeth Warren (D-MA), are 75 and 67, respectively.

Is it any accident that Democrats are failing to mobilize the younger voters who helped Obama win the White House during non-presidential years? Or the midwesterners whose states are not represented by any of the party’s leaders?

Rep. Tim Ryan, who just gave Pelosi the strongest challenge of her tenure as Democratic House leader, embodies a potential path forward. The 43-year-old Youngstown lawmaker (who’s now being talked about as a potential candidate for governor of Ohio), is a younger Democrat who is trying to take the party back to its roots.

“We’ve disconnected ourselves from those working-class people,” Ryan told MSNBC. “They left us in droves all throughout the industrial Midwest and the country, and now here we are — a coastal party.”

That would be the post-New Deal Democratic Party, heralded by Bill Clinton and the Democratic Leadership Council’s rise to prominence during the late 1980s and early 1990s. The so-called New Democrats’ “third way” politics combined aspects of liberalism and conservatism with an emphasis on, as the DLC put it in its 2001 “New Democratic Credo,” “technological innovation, competitive enterprise and education rather than top- down redistribution or laissez faire.”

Under President Clinton, a paradigmatic New Democrat, the party won the White House for the first time in 12 years in 1992 and again in 1996. “We’re all New Democrats now,” said Rep. Dick Gephardt in 1996. At the time he made that statement, however, Gephardt, a Missouri Democrat, was the House minority leader. The Democrats’ move toward Wall Street and the tech industry and away from its labor base coincided with the end of the party’s half-century domination of Congress.

The next Democratic president after Clinton followed a similar path. Despite being the candidate of “change” in 2008, Obama adopted much of the Clintonian political outlook. He filled top administration positions with Wall Street-friendly financial advisers such as Timothy Geithner and Lawrence Summers. While voters lost their homes, bankers kept their bonuses. Clintonian third-way politics prevailed again. Again, Democrats lost the initiative (and the House) to the Tea Party.

Trump won the White House by breaching the Democrats’ “blue wall” in Rust Belt states like Wisconsin, Michigan and Pennsylvania. The party must revisit its working-class past to address these voters’ grievances. Democrats also have to appeal to voters who hold economically similar views while remaining socially conservative on some issues. This won’t be easy for a party that has relied so heavily on identity politics in recent years, but it’s critical in the Rust Belt and in conservative states such as Arizona and Georgia, which Democrats could realistically turn blue in future elections.

A debate over the role of identity politics is already underway in progressive circles, but a more nuanced approach is needed — one that addresses the economic concerns of working people while also recognizing the Democratic Party’s commitment to historically marginalized groups.

As has already been pointed out, working class voters are most often voters of color. Moreover, there are younger Democrats showing that its possible to embrace and represent the party’s diversity while also representing the industrial heartland: Minnesota’s Sen. Amy Klobuchar and Rep. Keith Ellison, a leading candidate to become the Democratic Party’s national chair; Braddock, Pennsylvania Mayor John Fetterman who scored a surprisingly strong underdog showing in his state’s Democratic Senate primary with a campaign that embraced the rights of both blue-collar workers and gays, and Housing and Urban Development Secretary Julián Castro, one of the politically active twin sons of a remarkable Texas Latina civil rights activist.

The party needs to expand its reach not just geographically but demographically: Large metropolitan centers, where the party draws so much of its support, are often islands floating in seas of red. The 2016 election revealed this in places like Florida. Bridging the urban-rural divide will be key if Democrats are to counter Trump’s base of support. To do so, they must rethink the “bubble mentality” that has gripped a leadership caste predominantly drawn from coastal and urban strongholds.

Too many Democrats are looking for villains — from James Comey to Jill Stein — to blame for the party’s disastrous loss. This has to stop. Efforts to pass a constitutional amendment to eliminate the Electoral College represent a similar dead end. The longer it takes for the party to wrestle with its shift away from working people and toward Wall Street, Silicon Valley and special interests, the less likely it is that it will ever happen. If no common agreement can be reached over the causes of the party’s decline at the state level or its loss of the White House, moving forward could prove impossible.

The Democratic Party could do worse than to examine the GOP’s 2012 “postmortem.” After Romney’s defeat, Republicans drafted a “Growth and Opportunity Project” for rebuilding the party. Ironically, Donald Trump’s campaign rejected many key sections of the document. However, there’s much for the Democrats to learn. Two sections stand out in the “Compilation of Recommendations.” Both apply to Democrats in the wake of Nov. 8:

“It is time to smartly change course, modernize the party, and learn once again how to appeal to more people, including those who share some but not all of our… principles …”

“… Our ideas can sound too distant and removed from people’s lives. Instead of connecting with voters’ concerns, we too often sound like bookkeepers. We need to do a better job connecting people to our policies.”

Democrats now face the most unpredictable president-elect in the modern era. They do so as a minority party at state and federal levels. Under the best of circumstances, progressives and their constituents are likely to suffer. But Trump is an undisciplined and vulnerable figure; his tenure could be short. Democrats now have to engage in rebuilding the party from the ground up, but their best blueprint for the future is their own past.