A PPP poll showed that 14 percent of Trump voters believe #Pizzagate, while 32 percent aren't sure if it's fake 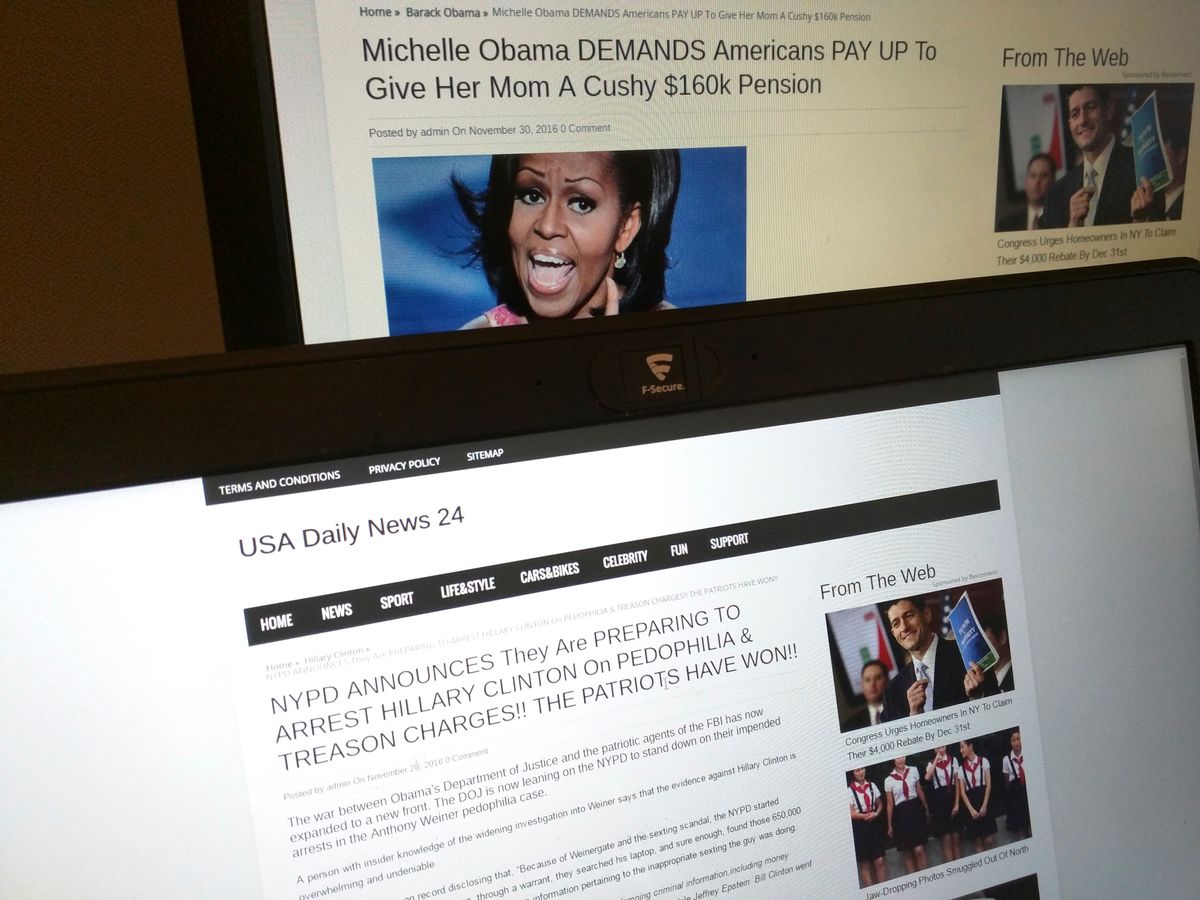 This photograph taken in Paris Friday Dec. 2, 2016 shows stories from USA Daily News 24, a fake news site registered in Veles, Macedonia. An Associated Press analysis using web intelligence service Domain Tools shows that USA Daily News 24 is one of roughly 200 U.S.-oriented sites registered in Veles, which has emerged as the unlikely hub for the distribution of disinformation on Facebook. Both stories shown here are bogus. (AP Photo/Raphael Satter)​ (AP)
--

A shocking number of Trump supporters believe in fake news, according to a real released by Public Policy Polling Friday. But that may be because nearly half of them trust President-elect Donald Trump more than they trust CNN.

According to the poll of 1224 registered voters, 14 percent of Trump voters said that they believed that Hillary Clinton was connected to a child sex ring run from the basement of a Washington D.C. pizzeria — a bogus claim that eventually became Pizzagate and led to a man bringing a gun into the Comet Ping Pong Pizza to investigate. Alarmingly, 32 percent of Trump supporters said they weren't sure about the claim.

Nearly two-thirds of Trump supporters — 73 percent — and 42 percent of all voters think George Soros, the billionaire business magnate and democratic funder, paid protesters to organize in the streets against Donald Trump.

In an interview with CBS's Lesley Stahl following the election, Trump commented on the demonstrators in major cities after his victory. "Well, I think in some cases, you have professional protesters," he said on 60 Minutes.

Just had a very open and successful presidential election. Now professional protesters, incited by the media, are protesting. Very unfair!

In terms of credibility, 48 percent of people felt CNN was more reliable than Donald Trump. But a majority of men, 51 percent, said they trusted Trump more than the 36-year-old news network. Compared to the New York Times, 40 percent of respondents would trust what Trump had to say more.

Still, only 43 percent of voters said that they viewed Trump favorably.