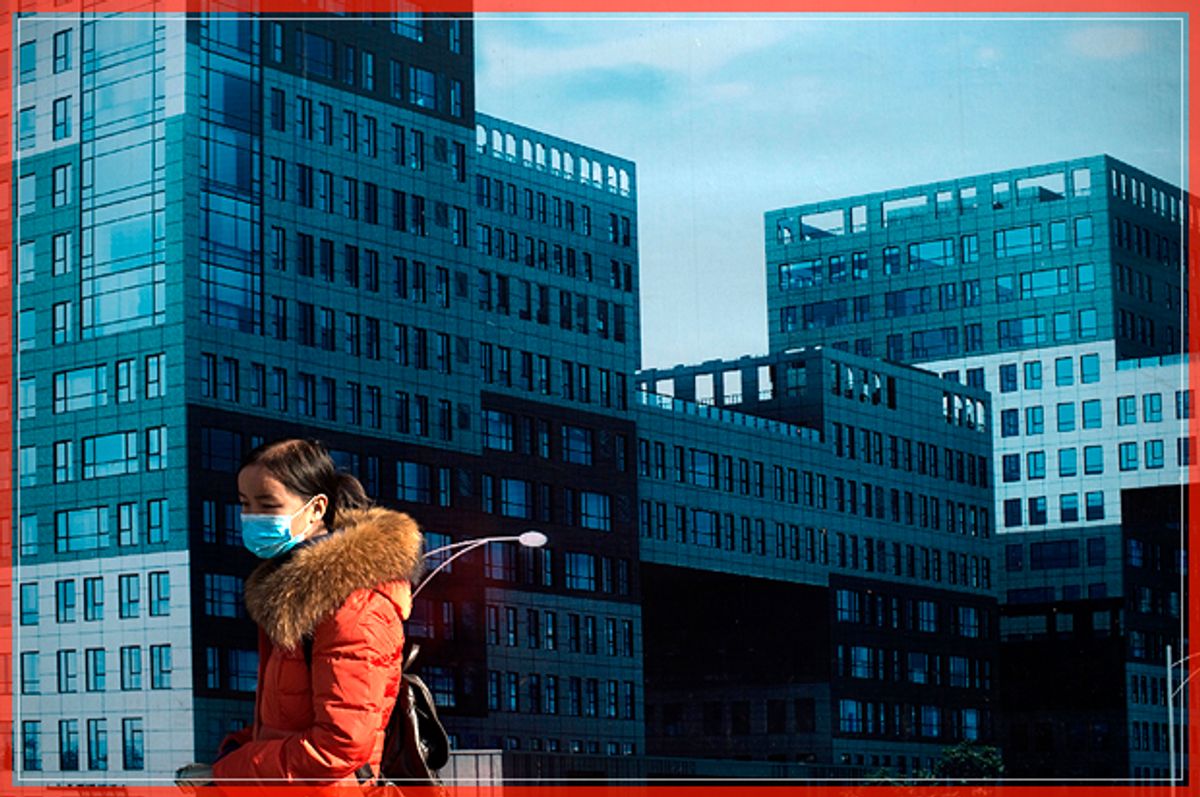 A woman wearing a mask walks in front of a property advertisement billboard in Beijing on December 9, 2016. The consumer price index, a key gauge of retail inflation, rose 2.3 percent in November, slightly beating expectations of 2.2 percent, according to figures released by Beijing on December 9. / AFP / NICOLAS ASFOURI (Photo credit should read NICOLAS ASFOURI/AFP/Getty Images) (Afp/getty Images)
--

Bucharest, Romania   Vadim Ghirda/AP
A woman cleans her window next to an advertising poster I know little of Romania's upcoming elections, I'm just amused to see this woman juxtaposed with a campaign poster featuring some version of the "Most Interesting Man Alive." Although his sharp beard is grayed, the man appears on one side as the face of the future in a time of change. But the woman, elderly and unconcerned, reminds me that life goes on -- even after an election.
—Sophia Tesfaye, deputy politics editor

Muenster, Germany   Martin Meissner/AP
A gorilla mom holds her one-day old baby at the All Weather Zoo in Germany When you're overdressed at the dive bar and you hope nobody notices. It's amazing how shiny things can make us feel like we're doing a lot better than we are.