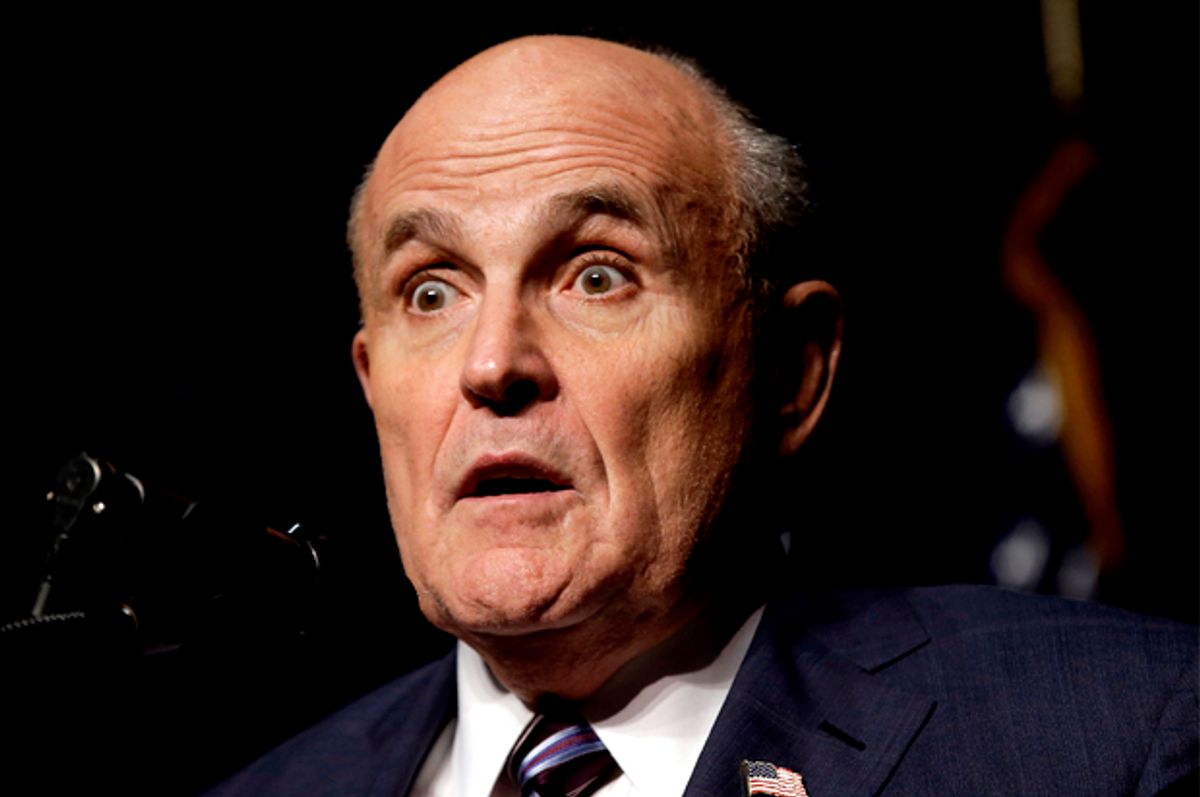 Former New York Mayor and top Donald Trump booster Rudy Giuliani removed himself for consideration for a top spot in the President-elect's incoming administration, days after engaging in a fierce public fight to land the secretary of state slot.

Trump's transition team announced the news Friday afternoon after Fox News' Catherine Herridge reported that Giuliani had been "iced out" by the President-elect for his unseemly lobbying for the position.

“I probably have traveled in the last 13 years as much as Hillary did in the years she was secretary of state,” Giuliani said in a recent interview, in reference to former Secretary of State Hillary Clinton. “My knowledge of foreign policy is as good, or better, than anybody they’re talking to,” he said.

Although he was initially considered to be a frontrunner for secretary of state, Giuliani drew immediate criticism from many Republicans.

In a statement Friday, Giuliani explained that it was his decision to remove his name from contention and that he will remain vice chairman of the presidential transition team.

“This is not about me; it is about what is best for the country and the new administration,” he said, noting that his decision was made back on Nov. 29.

“Before I joined the campaign I was very involved and fulfilled by my work with my law firm and consulting firm, and I will continue that work with even more enthusiasm,” Giuliani said. “From the vantage point of the private sector, I look forward to helping the President-elect in any way he deems necessary and appropriate."

Trump said in the statement that the former New York mayor "would have been an outstanding member of the Cabinet in several roles, but I fully respect and understand his reasons for remaining in the private sector."

Since the election, many of Trump's top campaign backers have not been selected by the transition team to remain on for crucial roles in Trump's administration, despite the businessman's repeated claims that he rewards loyalty. Politico reported this week that as "Trump builds out his administration, the loyalists who helped launch his campaign and powered its stunning early victories are growing worried they won’t be getting plum jobs":

Many of them say they’ve heard nothing about their career prospects and, during furtive huddles, have been commiserating with one another about how they can’t seem to get their calls to top Trump transition brass returned. Some are convinced that party establishment figures who’ve taken the reins of the transition are giving them short shrift.

Compounding their frustration is that a number of top posts are going to mainstream party figures who previously actively opposed Trump. The president-elect is seriously considering tapping Mitt Romney, a onetime leader of the Never Trump movement, to be secretary of state. He has already made Todd Ricketts, whose family funded an anti-Trump super PAC during the primaries, deputy commerce secretary. And on Thursday, Trump met with retired Navy Adm. James Stavridis, who had been vetted by Hillary Clinton as a possible vice presidential choice but now may end up in Trump’s administration.