With fake news spiraling out of control, what can real people do?

Conspiracy-theory buffs are impervious to actual evidence, of course — but communication may still be possible 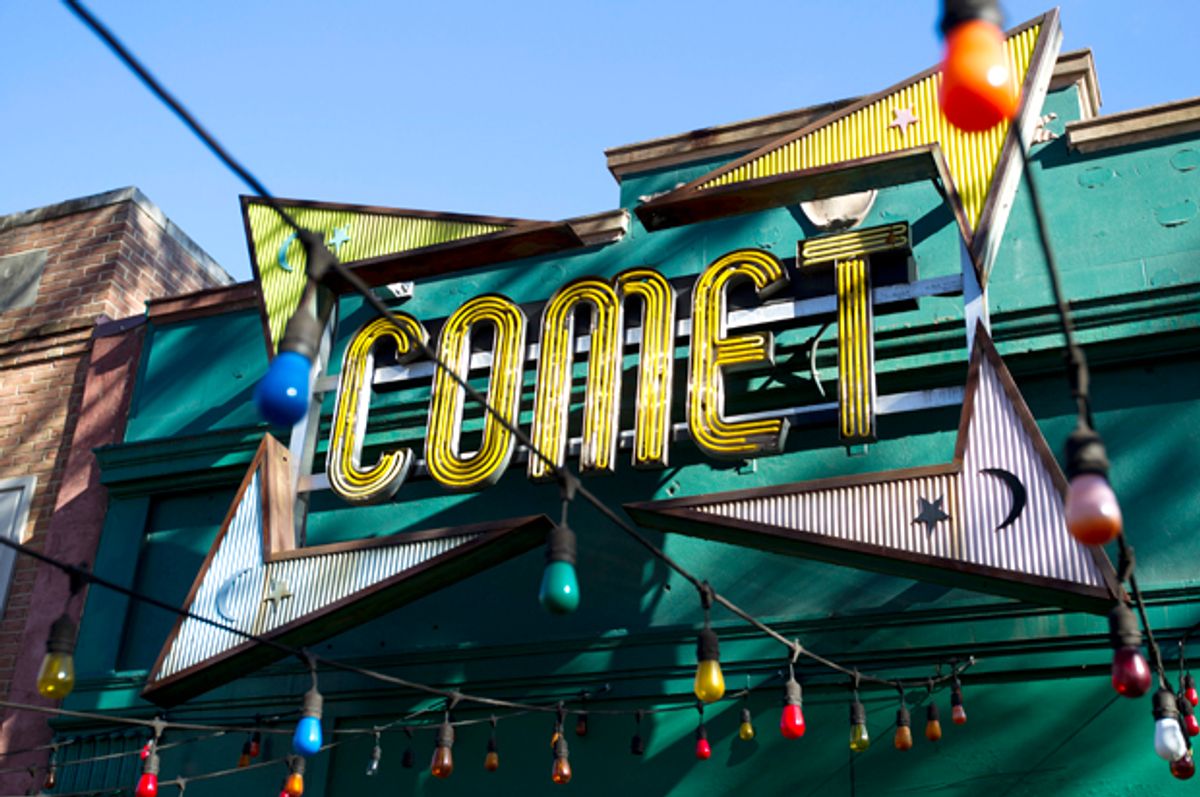 Fake news is a big deal. Recent research suggests that the proliferation of conspiracy theories and other urban legends, vaguely disguised as real news and disseminated widely on social media, played a significant role in helping elect Donald Trump as president.

Fake news stories are just the shiny new variation of a very old phenomenon. Before we had that term, such stories were widespread email forwards, of the sort tracked at My Right Wing Dad and Snopes. Before that, false stories were transmitted through newsletters or plain old word-of-mouth. To be clear, liberals and leftists do this, too — as anyone cornered by an anti-vaccine conspiracy theorist can tell you — but the problem, at least in recent years, is much worse on the right.

A new sense of urgency has formed around this problem, causing many people to wonder if there's something more that can be done to fight back against conspiracy theories. Our president-elect is a full-blown conspiracy theorist and he's building a team of people who trust email forwards more than they do The New York Times. Fake news will soon have the presidential seal of approval.

The hoaxers, conspiracy theorists and urban-legend generators have also become far more sophisticated than they used to be. Instead of disseminating their bullshit through ALL-CAPS emails and poorly designed right-wing blogs, they have learned to package urban legends with photos and headlines to create articles that look indistinguishable from legitimate news stories. The result, as an analysis from Buzzfeed News showed, is that fake news has been shared on social media networks more than real news during the last three months of the presidential election, suggesting that fake beliefs affected many voters' choices more than actual news items.

What really drove home the seriousness of the situation was an incident this week in Washington, when Edgar Welch, a 28-year-old from North Carolina, walked into the popular pizzeria Comet Ping Pong and shot a gun into the floor, terrifying staff and customers. Comet Ping Pong had been the focus of numerous fake news stories percolating through social media that alleged the restaurant was a cover for a child sex-abuse ring run by Hillary Clinton and her campaign chair John Podesta. That premise may sound inherently ludicrous to most people, but that didn't stop Welch — and many other people, including the son of Michael Flynn, Trump's incoming national security adviser — from believing it.

Now that we know fake news is not harmless, what can we do about it? How should reality-based humans react when they encounter people spreading fake news stories on Facebook or hear someone sharing a dangerous urban legend in person?

Many of us will no doubt have the urge to try to reason with people, to send them to the Snopes page debunking this particular nonsense or direct them to legitimate news sources in an effort to have them see how wrong they are.

“A lot of Americans hold what we call ‘magical beliefs,’ beliefs that are not substantiated by empirical evidence or [that] contradict empirical evidence," said Eric Oliver, a political scientist at the University of Chicago, in a phone interview. "Magical beliefs serve as emotional palliatives. They are ways to explain the world that actually make us feel better.”

Oliver compared conspiracy theories to religious convictions, which are held not because of any evidence but because they just feel right to the believer.

Most people who are intuitionists are that way in no small part because it's a more instinctual way to look at the world, Oliver continued. They decide what's true because it feels true. Almost every conspiracy theory or fake news story one comes across has a moral to the story. If that moral assuages a person's emotional needs, he or she is more likely to believe it.

To provide an example, Oliver talked about his son's fear of monsters, which is the grade-school version of fake news.

The narratives become a bit more sophisticated than that as people grow up, but the basic premise is the same: People have a feeling about the world, and if a story validates that feeling, they are more likely to believe it.

In the case of the Comet Ping Pong story, it's not particularly hard to see what's going on. Throughout history, fears about women's independence and ambition have provoked accusations of sexual perversion, going straight back to the story of Eve and the apple. Accused witches were often said to have had sex with demons. Anne Boleyn was accused of incest, and Catherine the Great was alleged to have had sex with her stallion. (Like the other charges, that one is almost certainly false.) In the 1980s, anxieties about middle-class women holding jobs outside of the home likely helped fuel widespread rumors that Satanists were molesting children in day care centers.

The Pizzagate story falls right into this pattern: Hillary Clinton's historic run for president led to conspiracy theories that this supposedly unnatural woman had unnatural sexual proclivities and that all the people helping her run for president were in a secret cult dedicated to her perversities. Female ambition still feels perverse to many people and that can lead to a belief that ambitious women — and their supporters — are perverts.

“There’s no amount of reasoning that’s going to convince the 5-year-old there’s not a monster in the closet," Oliver said. "What they’re looking for, at that point, is acknowledgment that they’re having this emotional experience.”

So instead of trying to debunk a conspiracy theory, Oliver said, one can seek to connect with the conspiracy theorist about his or her feelings. If, for instance, one suspects that the Pizzagate believer is anxious about changing gender roles, one could "move the conversation to different ways of talking about gender," Oliver suggested. "What should gender roles be now? What do they want gender roles to be? That would ultimately be a more productive discussion.”

To be clear, Oliver isn't saying this is some kind of trick that can deprogram people who believe in conspiracy theories. Prying someone away from a magical belief that appeals to them is nearly impossible, according to many who have researched this phenomenon.

But if the purpose is to open up lines of communication and have a conversation about the anxieties that lead to such false beliefs, talking about feelings and fears is a better bet than debating facts that a believer is likely to reject out of hand. It may not be possible, especially in one conversation, to "fix" a person's false and dangerous false belief. But there might be a longer-term opportunity to open lines of dialogue that ultimately help that person face his or her real fears and see fake news from a different point of view.