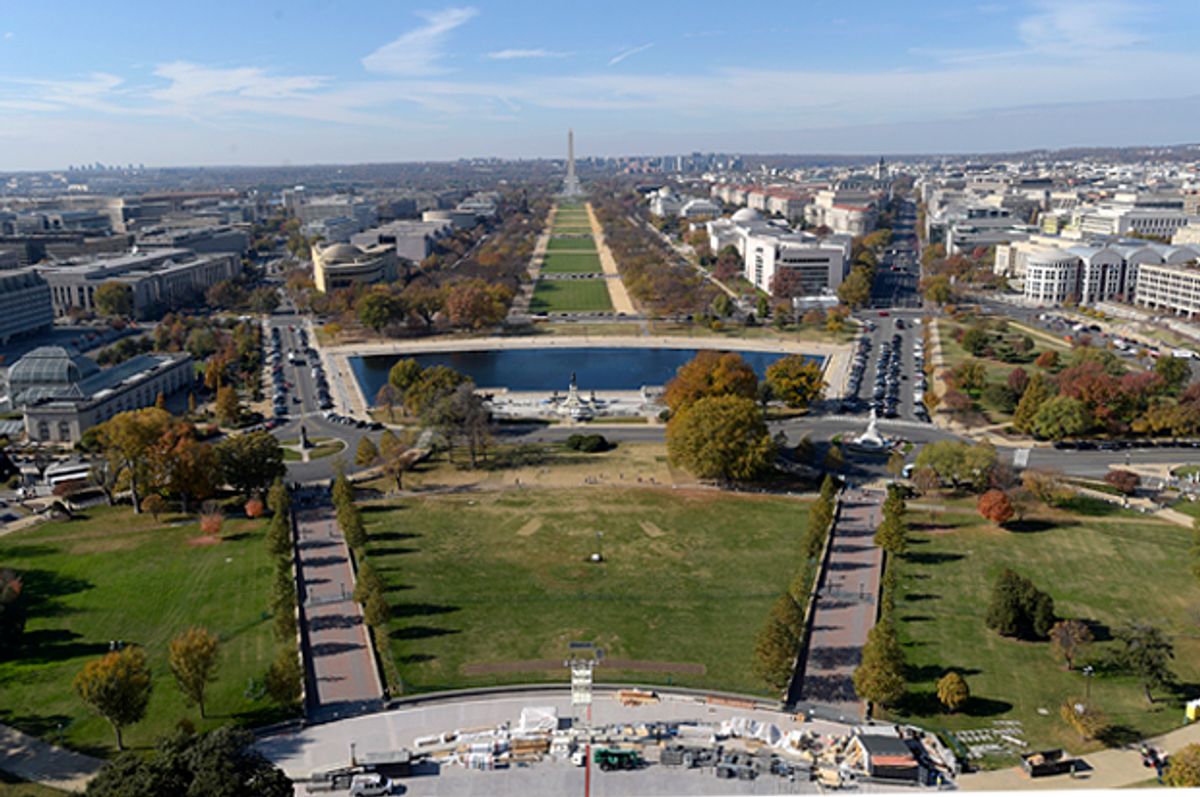 Protesters who plan to descend on Washington in the days surrounding President-elect Donald Trump's inauguration next month will find themselves barred from the nation's most famous public protest site.

The National Park Service, on behalf of the Presidential Inauguration Committee, filed a “massive omnibus blocking permit” securing much of the National Mall, Pennsylvania Avenue, the Washington Monument and the Lincoln Memorial for Trump's inauguration festivities, The Guardian reported on Thursday.

“None of these spots will be open for protesters,” the newspaper reported.

According to the march’s official Facebook event page, 136,000 demonstrators plan to attend and an additional 226,000 are interested in participating. Groups from nearly 50 states have started their own, local Facebook pages for the event, with each state organizing transportation to get to the event.

“The rhetoric of the past election cycle has insulted, demonized, and threatened many of us,” the group’s Facebook page reads.“The Women’s March on Washington will send a bold message to our new administration on their first day in office, and to the world that women’s rights are human rights. We stand together, recognizing that defending the most marginalized among us is defending all of us.”

But organizers ran into permitting issues early in the planning process. The Park Service issues permits for protests on a first-come, first-serve basis and other protests had already received permits before the women's march organizers applied. Now, the massive omnibus blocking permit has blocked at least a dozen other groups from protesting in the days after Trump's inauguration.

National Park Service spokesman Mike Litterst told The Guardian that agency rules in place since 2008 give an inaugural committee preferential access to some public areas along Pennsylvania Avenue, the National Mall and surrounding land. Litterst said it will likely take crews until March 1 to dismantle the barricades and seating assembled for Trump's inauguration.

But, as a post on Twitter noted, the annual Right to Life anti-abortion protest on the National Mall is still set to continue in late January.

Most public sidewalks along the inauguration parade route down Pennsylvania Avenue — the boulevard running from the Capitol to the White House — are still open to protesters.

But those constrained accommodations are still not enough, one Washington, D.C. civil rights group said.

The Partnership for Civil Justice Fund argues that the National Park Service and Trump's inaugural committee have "done a massive land grab inhibiting all those who want to exercise their right to free speech.”

Mara Verheyden-Hilliard, the executive director of the Partnership for Civil Justice Fund, said at a press conference that this instance is “extremely unique” in that it banned access to public land for protesters for days after the inauguration, according to the fund's website.

“It hasn’t come up in any way previously, where you’ve had a groundswell of people trying to have access on the Saturday, Jan. 21, and thousands of people want to come, and the government is saying we won’t give you a permit,” she said. “What they’ve done is take all of these spaces out of action.”

The fund is prepared to sue so protesters may gather near the White House and the National Mall, she added. "For all of those who are concerned, who are thinking about changing their plans — because that is the unconstitutional effect of what the Park Service and Trump's inaugural committee are doing — we're here to say that it is lawful and safe to peacefully march in Washington, D.C., and we welcome everyone to the District of Columbia to engage in their free speech rights," Verheyden-Hilliard said.