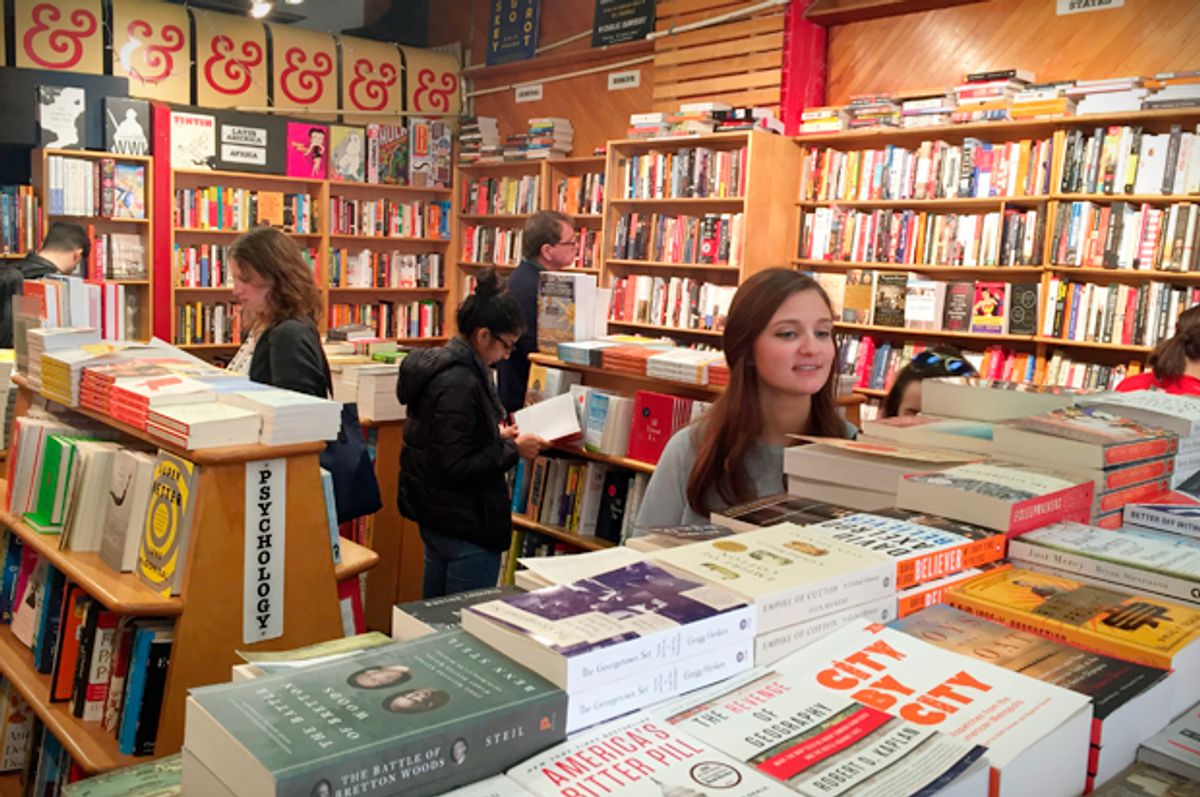 “It’s terribly British, isn’t it,” said the man next to me at last night’s Bad Sex in Fiction Awards ceremony at the (appropriately named) In and Out Club in St James’s. He was referring, of course, to the yearly bash – now in its 24th year – in which the Literary Review magazine nominates half a dozen passages from contemporary fiction seen to represent sex at its most cringeworthy, reads them out to champagne-infused guffaws, and then awards a prize to the author of the worst.

It is a terribly British event, but it also provides a snarky satisfaction that transcends nationality. Because for anyone with the sneaking suspicion that the sexual act is better done or seen than artistically described – that its complex idiosyncrasy is one of the few things that lie outside the remit of the otherwise resourceful English language – the Bad Sex Awards hits its mark.

Yet as the entrants this year make clear, writing about sex with flagrant abominableness is still cheerily far from going out of fashion. Hearty examples were a passage from Blue Peter presenter Janet Ellis’s The Butcher’s Hook:

When his hand goes to my breasts, my feet are envious. I slide my hands down his back, all along his spine, rutted with bone like mud ridges in a dry field, to the audacious swell below.

Then there was the American Gayle Forman’s entry, from Leave Me:

They were in that room, Jason had slammed the door and devoured her with his mouth, his hands, which were everywhere. As if he were ravenous. And she remembered standing in front of him, her dress a puddle on the floor, and how she’d started to shake, her knees knocking together, like she was a virgin, like this was the first time.

But the gong went to the Italian poet and translator Erri De Luca for The Day Before Happiness (de Luca understandably wasn’t present). “My prick was a plank stuck to her stomach,” the Neapolitan was justly rebuked for writing:

With a swerve of her hips, she turned me over and I was on top of her … I was her plaything, which she moved around. Our sexes were ready, poised in expectation, barely touching each other: ballet dancers hovering en pointe.

Not everyone felt this deserved the award – as an American woman nearby remarked to me, this could clearly be read as satire, plain and simple. Perhaps, but satire doesn’t necessarily get you home dry, especially when it’s ambiguous. After all, the book, a coming of age story, is not particularly comic in the way that, for instance, the early sex-mad tomes of Philip Roth and Martin Amis were.

It would be helpful to have some guidance on what non-redundant, good sex writing looks like, since it’s not entirely clear whether it can exist in a literary form at all. After all, the most sexually charged novels of the last 100 or so years use the rule of thumb that the act is unmentionable, boring, or best only suggested.

And while Margaret Drabble’s super-sexy characters Clara and Gabriel get pretty steamy in Jerusalem the Golden, nothing beyond the fact is spelled out. It’s a blessed relief which does nothing to diminish the profoundly saucy atmosphere of the book.

The awards are also a humorous reminder not just of the imaginative power but also of the literary value of discipline and restraint in matters of bonking. A recent book about prime minster Herbert Asquith’s passionate attachment to Venetia Stanley tells of his thousands of letters to her, all passionately headed with variants of “my own darling” and “darlingest”.

Asquith’s desperate fixation with Stanley pours out from every page, but had he indulged in anything more sexually explicit than the desire to “go for a little drive, or will you come to Downing St & have a talk”, it would hardly have helped, and probably only hindered, the accumulated intensity of his fixation. Voluble lusters: take note.